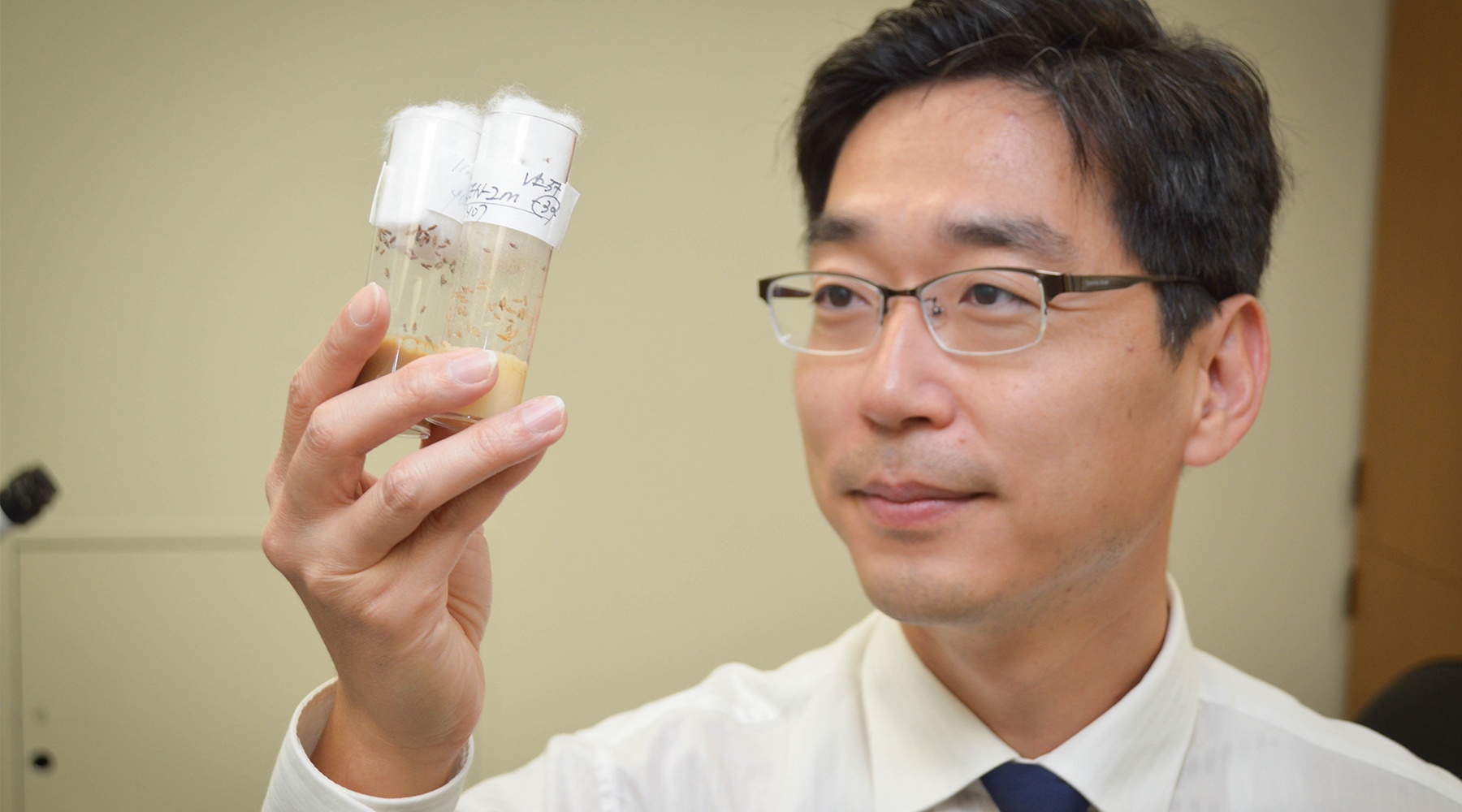 The National Institutes of Health has awarded the Oklahoma Medical Research Foundation $2.19 million to continue research on a rare neurological disease.

OMRF scientist Wan Hee Yoon, Ph.D., received a five-year grant to study a gene called ATAD3A and how mutations in the gene lead to a rare disease called Harel-Yoon syndrome. Yoon co-discovered the condition in 2016.

Harel-Yoon syndrome is a disorder that results in delayed motor development, intellectual disability, lack of coordination, muscle weakness and vision defects. Symptoms typically begin to show in children between 2 and 3 years old.

“There are only a few dozen confirmed cases of the disease in the world,” said Yoon, who joined OMRF from the Baylor College of Medicine in 2017. “But we suspect that many more cases will reveal themselves as we better understand the disease.”

To study the rare condition, Yoon’s lab will use fruit flies and patient-derived cells.

“Flies are small and easy to maintain, and about 75% of their genes mirror those in humans,” said OMRF scientist Linda Thompson, Ph.D., who served as a mentor to Yoon during the early stages of the project. “They also have a very simple structure and develop quickly, making them easier to study than other animals.”

The team will use flies to study how mutations in the specific gene contribute to the disease and how the gene functions in a normal setting. Yoon’s lab was the first to show the gene was associated with neurodegeneration.

“We can’t understand what went wrong in a gene if we don’t know how it’s supposed to work in the first place,” said Yoon. “So, we are approaching this project from multiple fronts. We will use flies to unravel the role of normal ATAD3A and how mutant proteins affect brain development. Importantly, we will find whether the findings in flies will be applicable to patients using patient-derived cells.”

By understanding the role of the gene, Yoon said researchers will be better equipped to develop therapies to treat patients living with the rare syndrome, as well as other diseases where the gene is implicated.

The grant, R01 NS121298-01, is funded by the National Institute of Neurological Disorders and Stroke, part of the NIH.