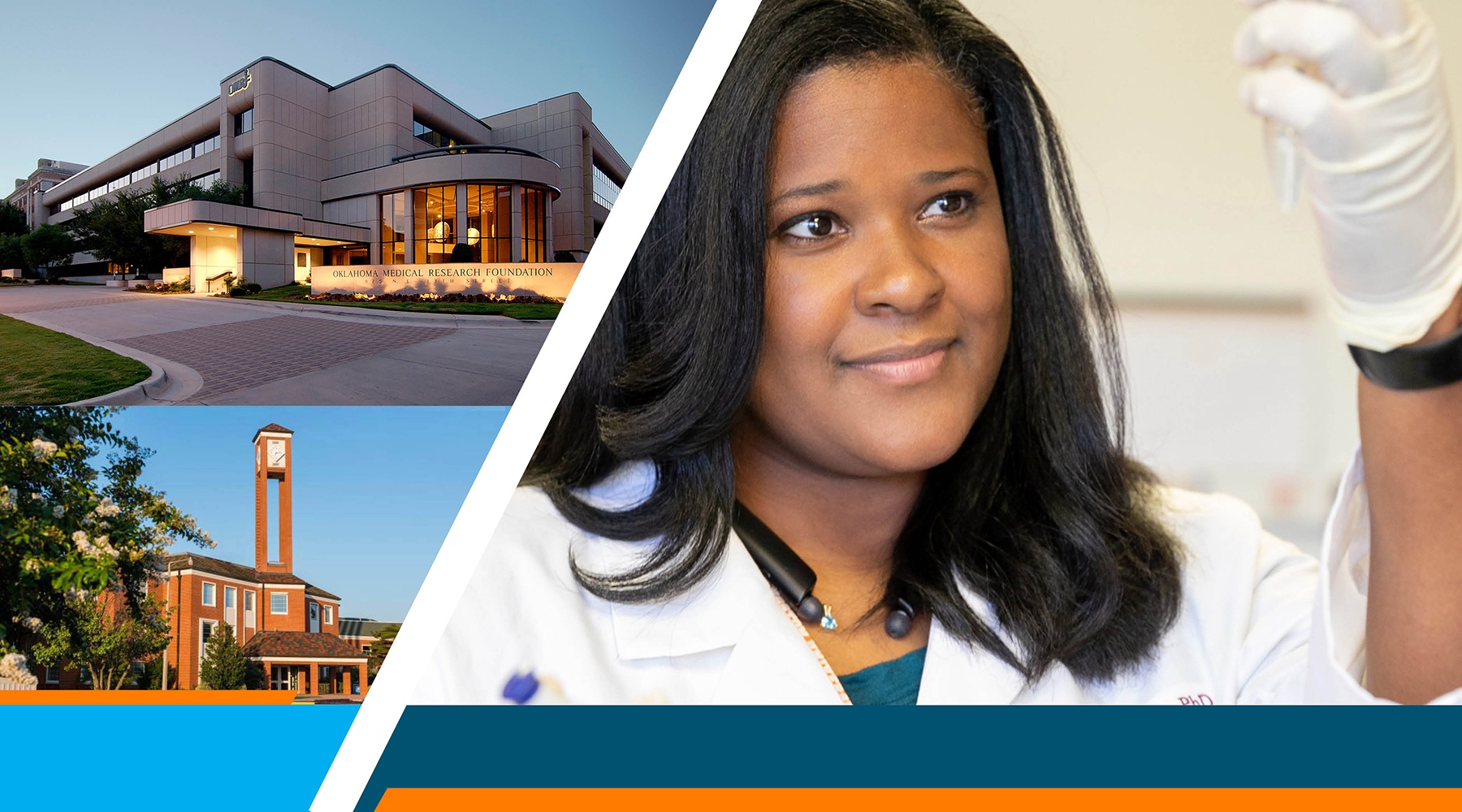 A new Oklahoma Medical Research Foundation program developed in partnership with Langston University aims to change the complexion of biomedical research in the state.

This month, OMRF will welcome its inaugural class of Langston Biomedical Research Scholars. Six undergraduate students from Oklahoma’s only historically Black college or university will work alongside OMRF scientists for eight weeks on research in cardiovascular disease, osteoarthritis, neurodegenerative conditions such as Alzheimer’s and Parkinson’s, and autoimmune diseases as part of paid internships.

But, say foundation and university officials, the program is much more than a summer job. Following the internship, students can choose to work with OMRF mentors on ongoing research projects.

“In a typical internship, you might learn a few exciting things, but at the end of the summer, the research project for the student comes to an end,” said Byron Quinn, Ph.D., chair of Langston’s biology department. “Here, we’ve tried to build something more permanent – long-term relationships between LU students and OMRF mentors that will last years, not months.”

OMRF leadership and LU President Kent Smith, Ph.D., Vice President of Academic Affairs Ruth Jackson, Ph.D., Dean of the College of Arts and Sciences Alonzo Peterson, Ph.D., Chemistry Chair John Coleman, Ph.D., and Quinn set out to develop the program in response to the underrepresentation of Black people at all levels of STEM, with a focus on Oklahoma.

According to the National Science Foundation, between 2000 and 2017, Black undergraduates earned 9.1% of bachelor’s degrees in the biological sciences at U.S. institutions. At the doctoral level, the figure is less than 5%.

“OMRF is not homogeneous. A third of our employees identify as people of color, and our staff represents more than 30 countries,” said OMRF Vice President of Human Resources Courtney Greenwood. “But in our 75-year history and particularly at our highest levels, Black scientists are lacking.”

In response, foundation officials explored how OMRF could facilitate a mentoring partnership. One that would train young Black scientists in biomedical research so that, in time, the group is better represented at institutions like OMRF.

OMRF scientist Valerie Lewis, Ph.D., a post-doctoral researcher in the foundation’s Arthritis and Clinical Immunology Research Program and a former LU staff member, formed a bridge between the institutions. In the discussions that followed, Langston’s leadership noted its challenge: keeping promising science students in Oklahoma.

“We see a lot of our top students apply to out-of-state internship programs,” said Quinn, noting that it often results in them leaving Oklahoma following graduation. “It would be nice to keep some of the students here,” he said.

“That resonated with us,” said OMRF’s Greenwood. “We wanted something lasting.” So, rather than concluding work at the end of the summer, OMRF’s Langston Scholars will have the option to launch research projects and mentorships that will extend through their undergraduate careers.

Greenwood said such long-term mentoring could be a game-changer for a young scientist at a crossroads. “As these students chart their career paths, they’ll have the guidance and support of researchers with decades of experience,” she said. “That’s invaluable. We are eager to see how this program evolves.”

Quinn noted that the program is the only one like it that he knows of in STEM. “It’s an impressive initiative,” he said. “We’re excited to give our students this world-class opportunity right here in Oklahoma.”

The 2021 OMRF-Langston Biomedical Research Scholars and their majors are:

For more information about the program, visit www.omrf.org/langston.