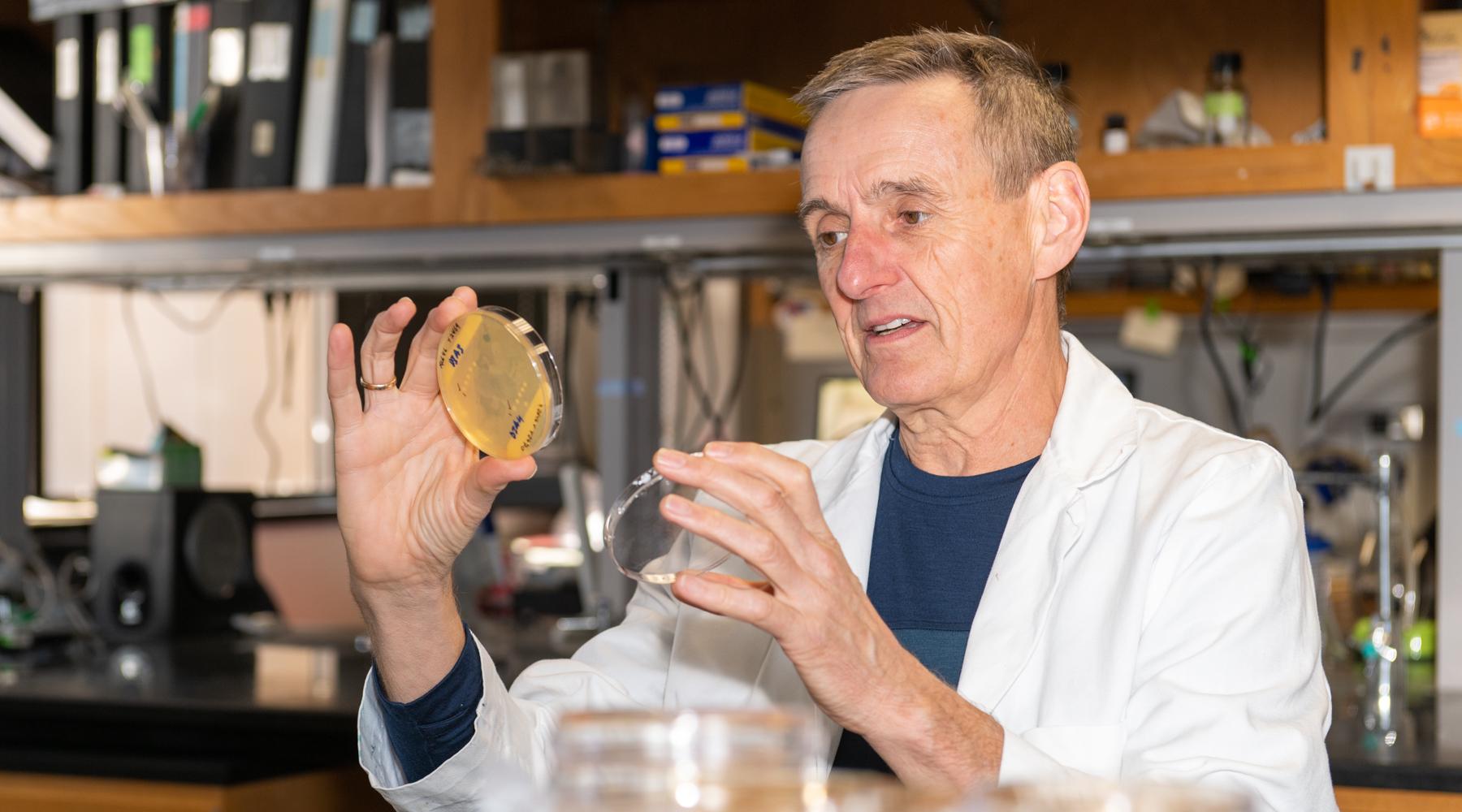 The National Institutes of Health has awarded the Oklahoma Medical Research Foundation $1.4 million to continue research on the cause of errors in cell division that lead to birth defects.

OMRF scientist Dean Dawson, Ph.D., received a four-year grant to study chromosomes — the parts of cells that carry genetic information on everything from eye color to height — and the cellular processes that organize them during cell division.

“Most of us inherit a perfect set of 23 chromosomes from each of our parents,” explained Dawson, a scientist in OMRF’s Cell Cycle and Cancer Biology Research Program. “But when the wrong number of just one chromosome is inherited, birth defects or issues with pregnancy often result.”

Known as aneuploidy, an abnormal number of chromosomes is a leading cause of miscarriage and infertility. It’s also the root of conditions like Down syndrome, Turner syndrome and Klinefelter syndrome. An estimated 1 in 150 babies is born with a chromosomal condition.

Dawson discovered a previously unknown chromosome-sorting process known as CEN-pairing. The funding will allow his lab to investigate how the process works and how it contributes to the accurate pairing of chromosomes during reproduction.

By understanding the cellular machinery that moves chromosomes in healthy cells, Dawson hopes to uncover how mistakes happen in the reproductive process and, down the line, prevent them.

“The discoveries we’re after are the kind that change textbooks,” said Dawson. “Information like this allows researchers to understand these diseases better and, we hope, learn how to prevent them in the future.”

The grant, R01 GM138889-01A1, is funded by the National Institute of General Medical Sciences, part of the NIH.