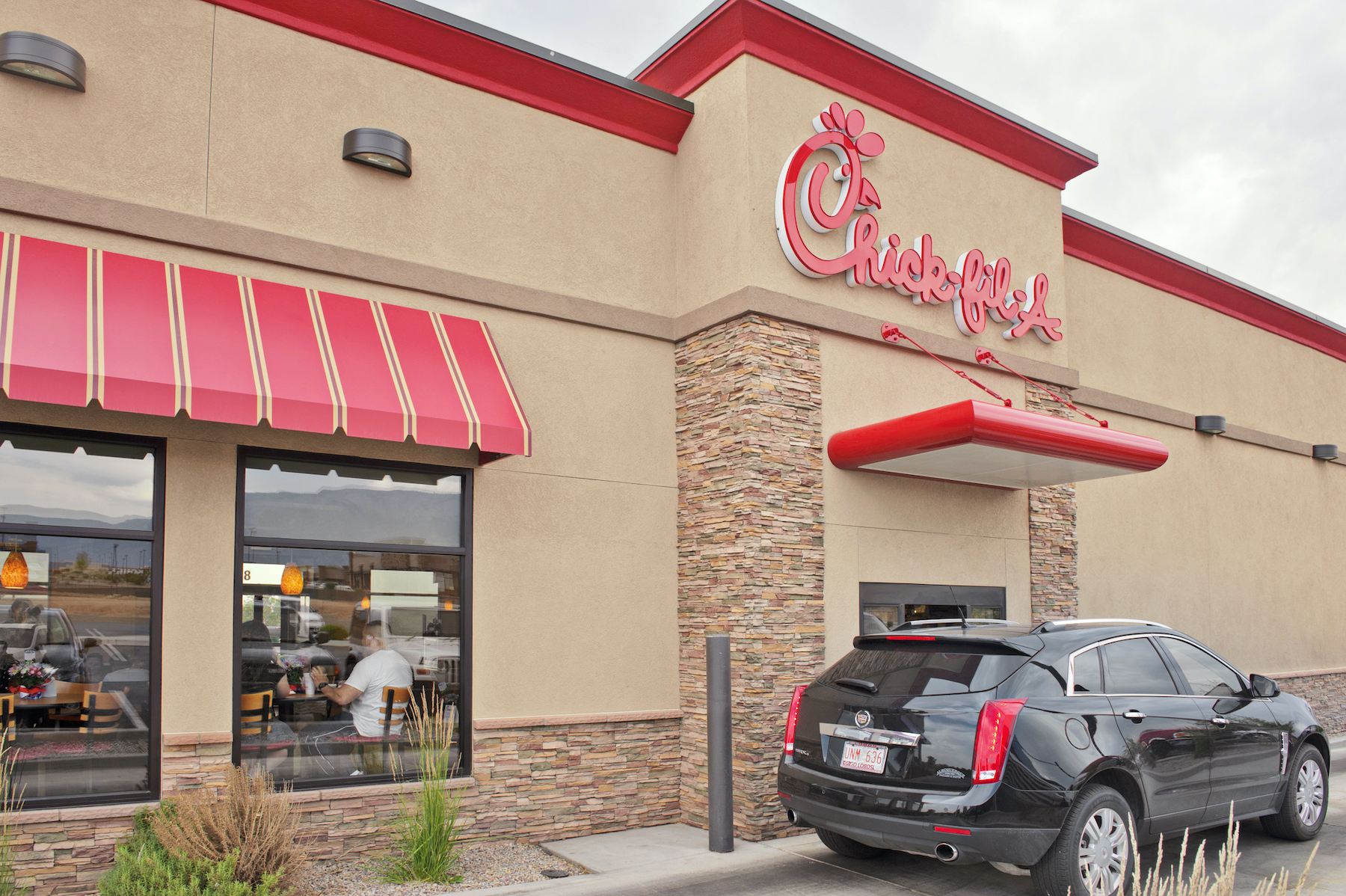 Two by two they came. Some arrived alone. A few showed up in groups of three.

The gray February morning might generously have been described as brisk: Temperatures in the teens, and the north wind coating everything in a chilling layer of precipitation that defied categorization as rain, ice or snow. Yet nothing seemed to dim the spirits of those queued up outside Norman’s Embassy Suites this past Tuesday. 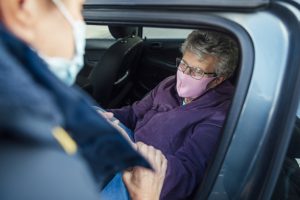 They were there to get their Covid-19 vaccinations.

Hazel Saulsberry, 73, had been driven by her grandson Steven from Del City to get her first shot. A widow who suffers from heart problems, high blood pressure and diabetes, she’d spent the past 11 months in isolation.

One of her daughters had arranged to have groceries delivered regularly, and Steven checked in a few times a week to ensure she was okay and had what she needed.

With seven children, more than a dozen grandchildren and, now, a great-grandchild on the way, she was eager to get back out into the world. “I’ll wait a couple of weeks after I get my second shot, then I’m going to drive down to Dallas,” she said. There, two daughters and several grandchildren awaited. “It’s been a long time since I’ve seen them.”

Hazel told me her story as she waited the required 15 minutes following her vaccination in the hotel’s ballroom. When a monitor gave the all-clear signal, I pushed her wheelchair to the front entrance, then helped her into Steven’s truck. “See you in three weeks,” she said as she waved goodbye.

Along with my girlfriend, Mary Schneeberger, and good friend and Oklahoma Medical Research Foundation coworker Tim Hassen, I’d volunteered at the daylong vaccine clinic. The event was organized by IMMY, a Norman-based diagnostic manufacturing company that had found its way into the Covid-19 space almost by accident.

In March, when the call went out for diagnostic testing, IMMY founder and president Sean Bauman remembers thinking, “Where?” ERs were the only option at the time, and samples were being sent out of state for processing. That meant people waited days, even a week, for results.

“I thought, ‘I’ve got the people, the equipment and the know-how,’” said Bauman. “I’m going to start offering testing.”

IMMY did just that in early April, processing tests first for Norman Regional Hospital and, eventually, for hospitals across the state. Bauman says he was able to provide results within hours of receiving samples. But by July, he saw a new bottleneck emerging: Hospitals were only performing tests on inpatients, and the “swab pods” organized by health authorities couldn’t service the swelling need for widespread testing. 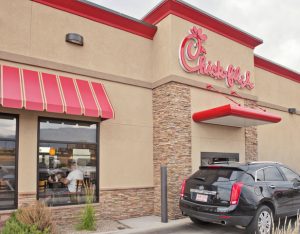 “I went to a swab pod at the Sooner Mall in Norman, and they tested 600 people over 12 hours,” said Bauman. The effort required 60 employees, and people waited two hours to get tested. “We believed we could do better.”

A Ph.D. microbiologist and immunologist, Bauman understands the best experiments don’t start from scratch. So, he decided to emulate the most efficient, customer-focused operation he knew.

He went to the Chick-fil-A drive-through in Norman and recorded the entire process. Then, he did his best to duplicate it (minus the waffle fries and dipping sauce).

At IMMY’s first swab pod, Bauman even invited the restaurant’s manager to assess his team’s performance. “He said, ‘You guys are doing 95% of what a new Chick-fil-A store would do,’” recalls Bauman.

To date, Bauman says IMMY has processed a quarter-million tests. The company now runs swab pods around the state, returning results within 24 hours of when people are tested.

When the state began its vaccine rollout, Bauman again saw inefficiencies. And, once more, he decided to step in, with a laser-focus on a single question: “How can we make this better from a patient’s perspective?”

That focus was evident Tuesday, where his team, with support from a few dozen volunteers, vaccinated 3,000 people in six hours. The process worked almost seamlessly; even at peak times, people waited no more than seven or eight minutes to get their shots.

“Once you come in, you should never stop in line – just like Chick-fil-A,” Bauman said. IMMY staff walked alongside each person who entered, checking them in with iPads as they guided them toward the ballroom where nurses gave shots. “The only time you should stop is when you put your butt in the seat to get the vaccine.”

Bauman estimates IMMY has now inoculated more than 15,000 Oklahomans at a half-dozen or so vaccine clinics, all of which his company has done for free.

Even with the 15 minutes people must wait post-vaccination to monitor for adverse reactions, Bauman says the entire experience takes less than 23 minutes. Still, he continues to tinker with the process, ironing out kinks, finding new efficiencies.

“We have the capability to vaccinate 10,000 patients in a 12-hour day in a single location,” said Bauman. And if we commit to this kind of approach statewide, he said, it could set Oklahoma apart. “We’re not just talking about top 10. We could be number 1 in getting our citizens vaccinated.”

Two of those citizens are Marilyn and Norm Perron. They moved to Norman a decade ago from Massachusetts, where Norm spent four decades as a “bread man,” distributing Thomas’ English muffins and other delectable starches. (Aptly enough, they lived in a town called East Sandwich.)

“But it got lonely when the kids were gone,” said Marilyn, 88. So, the couple relocated to Oklahoma, where two of their daughters are schoolteachers.

The Perrons were excited to get their shots. Norm, who’s 90 and has difficulty walking, said he’s looking forward to seeing family in person. Marilyn likes to get out of the house, and being vaccinated will also provide peace of mind when she’s out and about.

As Marilyn headed to the parking lot, I stood with Norm, waiting to push him to the car. “We’ve been married 52 years,” he said, his voice catching. “I don’t know what I’d do without her.”