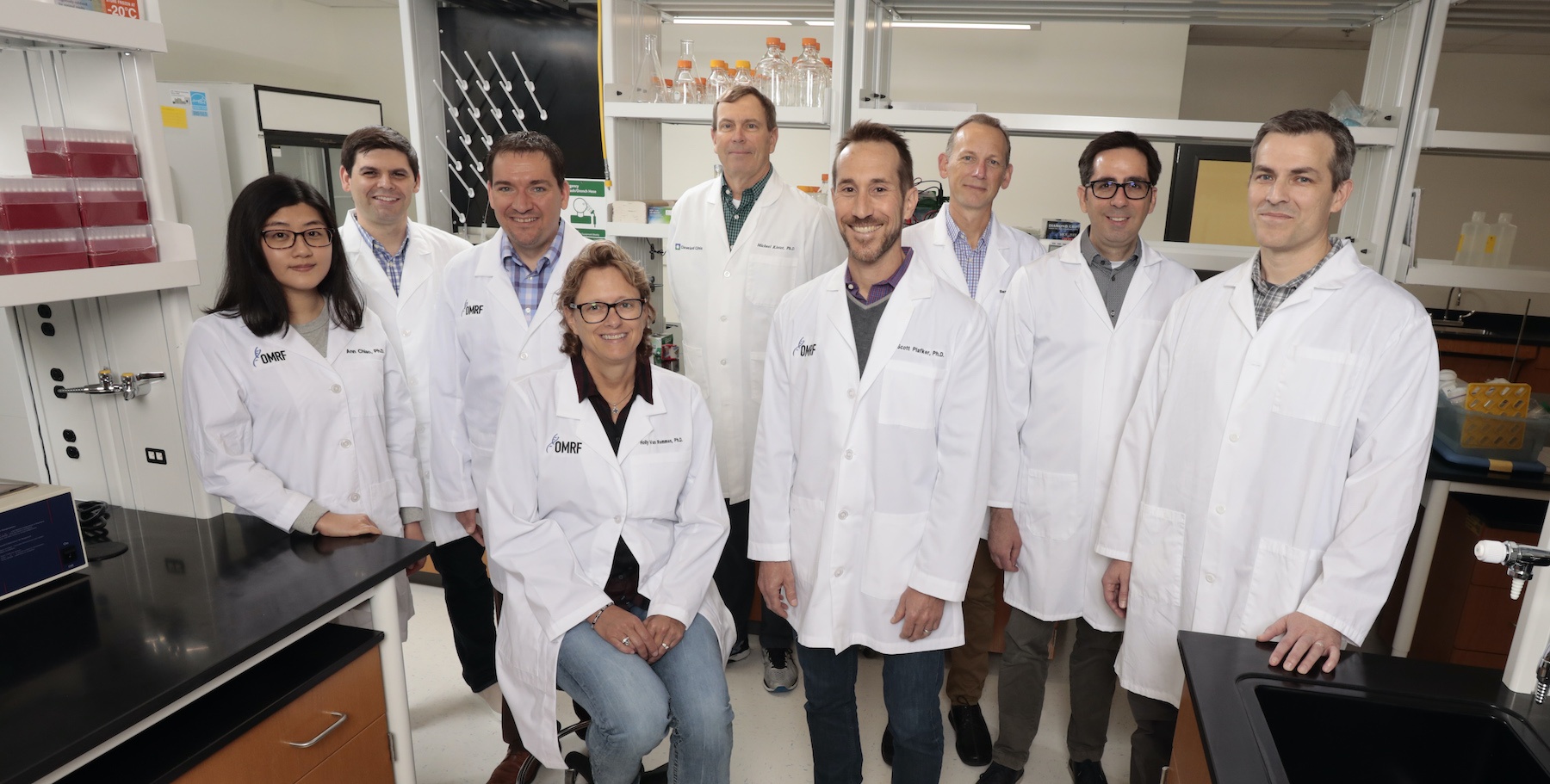 The University of Oklahoma Health Sciences Center has been awarded a $5.3 million federal grant renewal to continue a partnership with the Oklahoma Medical Research Foundation and the Oklahoma City Veterans Administration Medical Center on research into the biology of aging and the role it plays in the onset of diseases like cancer and diabetes.

“Aging itself is a primary risk factor for developing disease. The field of research on aging – called ‘geroscience’ – aims to understand the process of aging and how it causes the increased incidence of diseases such as cancer, heart disease and diabetes. We also study ways of slowing aging, which would have a dramatic effect on most age-related diseases,” said Arlan Richardson, Ph.D., director of the Nathan Shock Center and a professor of research in the Department of Biochemistry and Molecular Biology, OU College of Medicine.

Oklahoma’s Nathan Shock Center is distinctive among its peers in that it is a collaboration between an academic institution, a private research institution, and a VA Medical Center. The Nathan Shock Center has been key in recruiting top new researchers, who are drawn to the extensive resources of the program, Richardson said. The Shock Center awards pilot grants to researchers, allowing them to further their investigations and apply for larger grants. Since the Shock Center began in 2015, it has awarded $400,000 in grants to researchers, mostly junior faculty members. Researchers also have access to specialized equipment, including methods of analysis that are specific to geroscience.

Researchers are conducting wide array of research into the process of aging itself and the role of aging in specific conditions. Holly Van Remmen, Ph.D., co-director of the Nathan Shock Center and a researcher at OMRF, focuses on sarcopenia, which causes a loss of muscle mass and function as people age. While not life-threatening, sarcopenia is common and significantly decreases quality of life. Van Remmen is moving closer to testing an intervention for the condition.

“In our research, we’ve come to understand that the muscle does not work alone. It’s the interactions between the muscle and the motor neurons that make the muscle move,” said Van Remmen, who holds the G.T. Blankenship Chair in Aging Research at OMRF. “The motor neurons are very sensitive to changes during aging, and when they start to degenerate, they also detach from the muscle, and that’s what leads to loss of muscle mass and function.”

Other researchers are focusing on the link between aging and cancer, including that of Stephenson Cancer Center researcher Deepa Sathyaseelan, Ph.D. As part of normal aging, people build up inflammation in their bodies, which creates a higher risk for age-related diseases like cancer. Sathyaseelan is trying to block one of the cell signaling pathways that causes inflammation.

“Aging and cancer are interrelated – you cannot separate them because aging is the biggest risk factor for most cancers,” she said. “Rather than targeting individual diseases, if we can learn how to positively affect or slow down aging, we may be able to have an overall preventive effect on diseases.”

The VA Medical Center’s support of the Nathan Shock Center is important for its own patient population, 70% of which are over 50 years old, including veterans of the Vietnam War, many of whom are now over 70. Several researchers at the OU Health Sciences Center and OMRF also have research grants from the VA and use equipment funded by the VA.

“The key part of the Nathan Shock Center is the collaboration of these three institutions. This work would not be possible by any one institution alone,” Richardson said. “This is an exciting time to work in geroscience research.”

Research reported in this press release was supported by the National Institute on Aging of the National Institutes of Health under the award number P30AG050911-06. Renewal of the Nathan Shock Center grant was also supported by the Presbyterian Health Foundation, which funds research at OMRF and the OU Health Sciences Center, as well as an annual Geroscience Symposium.