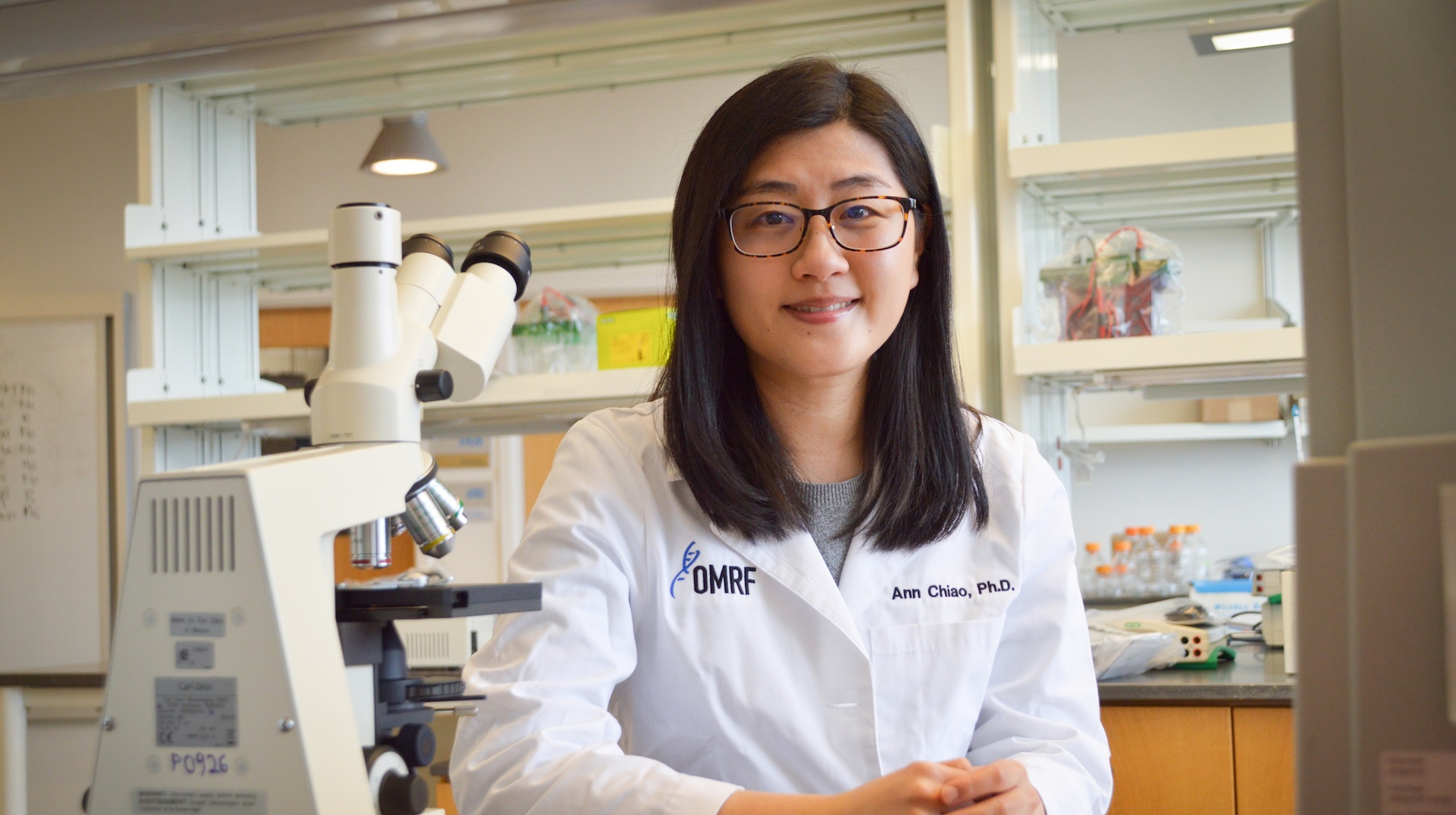 A new finding from OMRF shows that a heart dysfunction associated with cardiovascular failure in aging adults may be reversible.

According to the American Heart Association, more than 6 million people in the U.S. are living with heart failure. Although it can happen to anyone, the chances increase as we age. OMRF scientist Ann Chiao, Ph.D., is investigating why — and whether it can be stopped.

“Using experimental models of the aging heart, we targeted diastolic dysfunction, a common problem in older adults that occurs when the heart can’t relax properly between beats,” said Chiao, whose lab is part of OMRF’s Aging and Metabolism Research Program. “It can lead to more significant cardiovascular problems, but there’s currently no proven treatment.”

Chiao and her team zeroed in on the mitochondria of heart cells and how they are impacted by oxidative stress, the imbalance caused by byproducts of metabolism called free radicals.

“Mitochondria are the powerhouses of cells,” Chiao explained. “As cells process oxygen for power, their mitochondria emit free radicals, byproducts of oxygen that can lead to organ dysfunction.”

“This study is an important step in the process of looking for potential drugs or interventions to improve heart function in the elderly,” said Holly Van Remmen, Ph.D., who leads OMRF’s Aging and Metabolism Research Program. “Our goal as a group is to develop ways to delay, lessen or even reverse some of the negative changes that occur with natural aging. Dr. Chiao is doing phenomenal work to improve heart function for all of us as we age.”

Medication that could reverse cardiac aging would be life-changing for many — and this study shows the potential is there, explained Chiao. “The drug compound we used in the study is currently in clinical trials for heart failure and rare diseases involving heart muscles, but further study is needed,” she said.

Her lab will now dive deeper into the findings to help identify the best potential drug targets in heart cells. And for those who want to keep free radicals in check before arriving in their latter decades? The solution may not come from a medication at all.

“Research shows that regular, moderate exercise and an active lifestyle play a significant role in protecting the body from oxidative damage,” Chiao said.