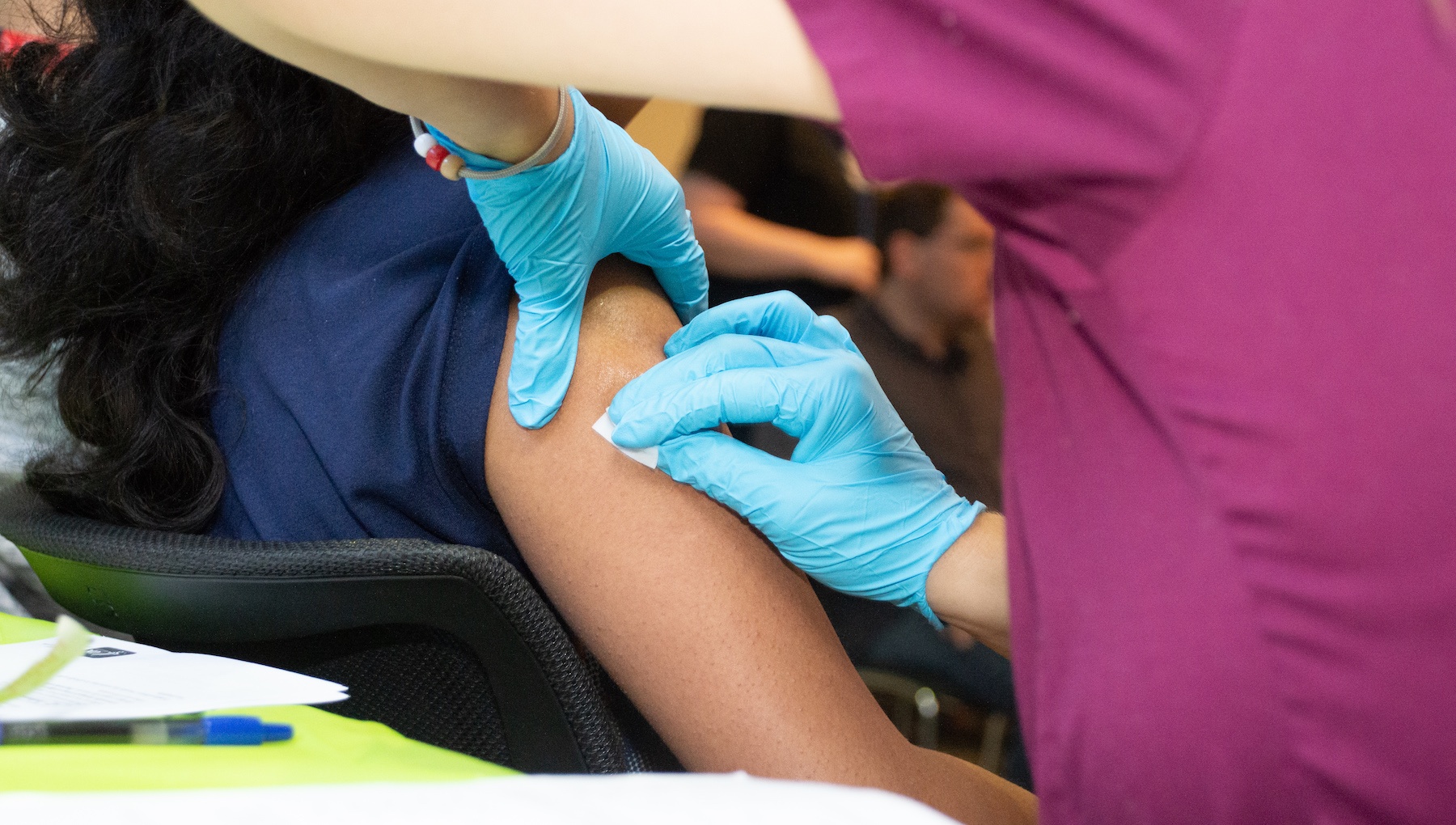 This year’s flu season is still ramping up, but it’s shaping up to be one of the worst in recent memory. With 20 deaths statewide already in the 2019-20 flu season and more than 1,000 hospitalizations, experts urge Oklahomans get the annual vaccine if they haven’t already.

“There is no downside to getting the shot: it’s free in many cases, and it lowers your risk of getting the flu considerably,” said OMRF immunologist Eliza Chakravarty, M.D.

Typically, the vaccine provides 40 to 60 percent protection. However, according to the National Institute of Allergy and Infectious Diseases, to date, this year’s vaccine hasn’t shown to be a very good for one of the primary strains in circulation.

This is shaping up to be particularly dangerous for children, who are particularly susceptible to the strain, known as B/Victoria. Still, said Chakravarty, that doesn’t mean you—or your children—shouldn’t get the shot.

“The vaccine isn’t perfect, but some protection is better than no protection,” she said.

The vaccine is quadrivalent, meaning it combats four different strains thought to pose a threat. Early reports show that while the vaccine may not prevent B/Victoria flu, it is a good match for other strains that might arise this season, including H1N1, also known as “swine flu.”

“The flu is always mutating and changing as it migrates across the globe,” said Chakravarty. “That’s why you need a flu shot annually.”

The Centers for Disease Control and Prevention estimates between 13 and 18 million Americans have already had the flu this season, and as many as 17,000 people in the U.S. have died, as of Jan. 11. That puts this flu season on track with 2017-18, when more than 40,000 Americans died from flu.

Even if you contact the flu after vaccination, there’s often benefit to having received the flu shot. More often than not, said Chakravarty, vaccination leads to a less severe version of the flu because your immune system already has a leg up in preparation.

To protect against flu, wash your hands and use hand sanitizer as often as possible. But, said Chakravarty, “Getting vaccinated is the first and most important step in protecting you – and everyone around you.”