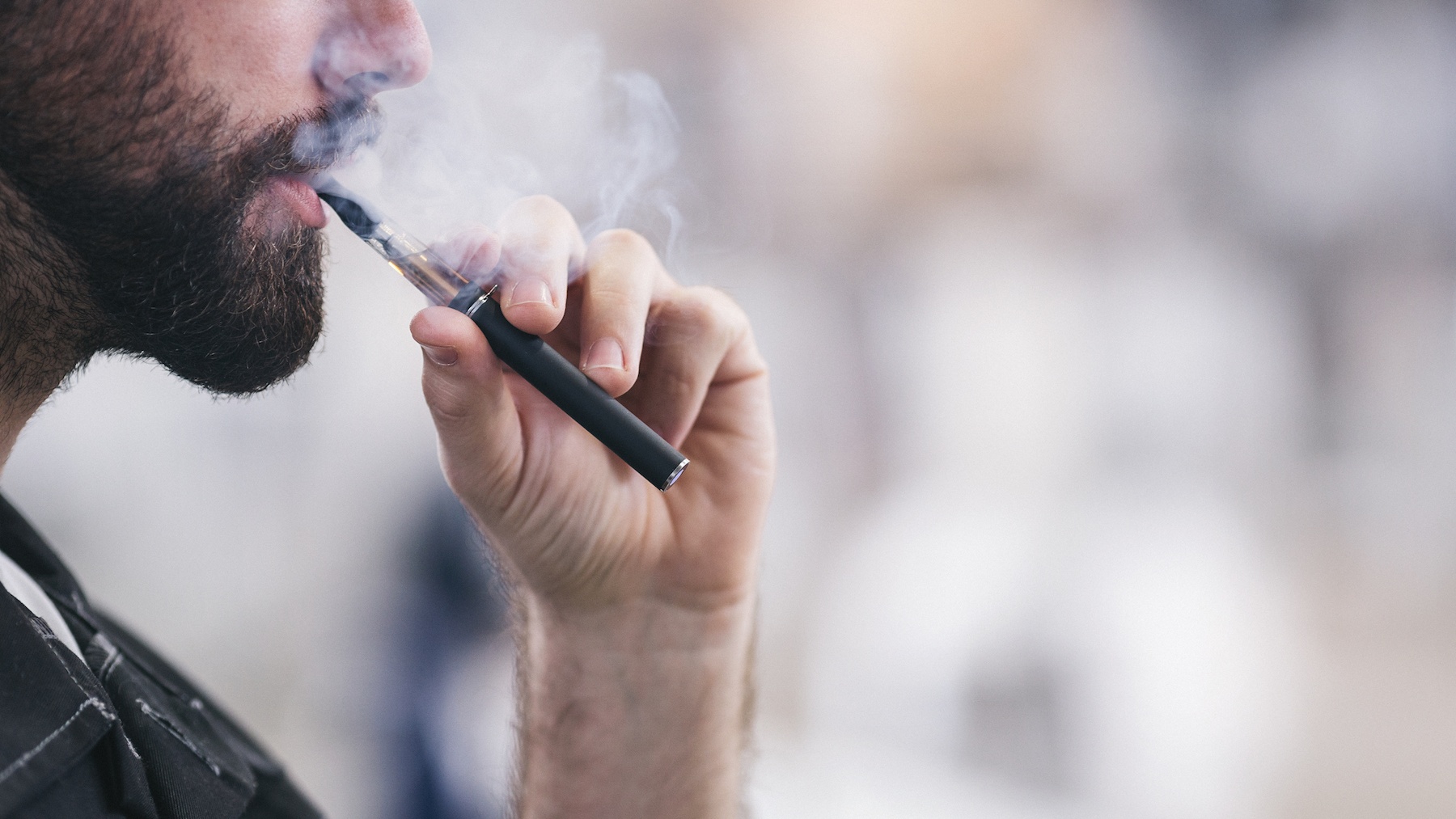 E-cigarettes have been touted as a safer alternative to smoking, but that claim is under fire as vaping has been directly linked to an epidemic of unexplained lung illness cases across the country.

As of Oct. 1, the Centers for Disease Control and Prevention have confirmed more than 800 instances of lung illness and 14 deaths nationwide. Every case has been linked to a history of vaping.

“What makes this particularly frightening is that this lung illness is new,” said OMRF immunologist Hal Scofield, M.D. “We know very little about this respiratory illness or exactly what is causing it. It has never been seen from cigarette use—ever.”

Patients have reported symptoms such as coughing, chest pains, shortness of breath, fever and nausea, among others. In some, symptoms developed over several weeks. In others, they manifested in a matter of days.

Last month, an 18-year-old male in Illinois was hospitalized and doctors told him his lungs were similar to those of a person in their 70s.

The exact cause of the mystery illness has yet to be identified, but the national reaction has been swift.

The CDC activated its emergency operations center to investigate, while the Food and Drug Administration has launched a criminal investigation into the matter. The Trump administration has also announced plans for a major vaping crackdown.

Several states have now banned sales of fruit-flavored vape products, and in September, Wal-Mart announced it would discontinue all sales of all e-cigarettes.

“For years people have thought vaping is safer than smoking because there are no known consequences. But the unknown is part of the problem, because we do not know the long-term effects,” said Scofield. “Yes, vaping puts fewer chemical compounds into your lungs than smoking, but these chemicals still have no place in your lungs. With many of these, we are just now seeing the consequences.”

And the more healthcare professionals see, the worse it looks.

Scofield said he is not particularly surprised by the rise in vaping-related illness, because it coincides with the continuous rise of vape users, particularly teens.

According to a recent study in the New England Journal of Medicine, one in four high school seniors report having vaped within the past month, and e-cigarette use across all middle and high-school aged teens is on the rise.

“Parents need to begin having an open-ended dialogue with their teens about vaping,” said OMRF rheumatologist Eliza Chakravarty, M.D. “This is tricky, because vaping is easier to hide, and you can’t smell it on clothes, which is part of the appeal to teens. Because of this, I think it’s incumbent upon parents to initiate the topic in an open, non-judgmental way instead of forbidding it, because that can make it even more attractive.”

The CDC recommends stopping e-cigarette use until it learns more about the recent health problems, but particularly to stay away from black market or homemade vapes that have no regulations or testing.

“People need to remember that ‘safer’ doesn’t mean ‘safe,’” said Chakravarty. “For all we know, 50 years from now we may look at vaping the same way we do smoking. What we don’t know really can hurt us.”