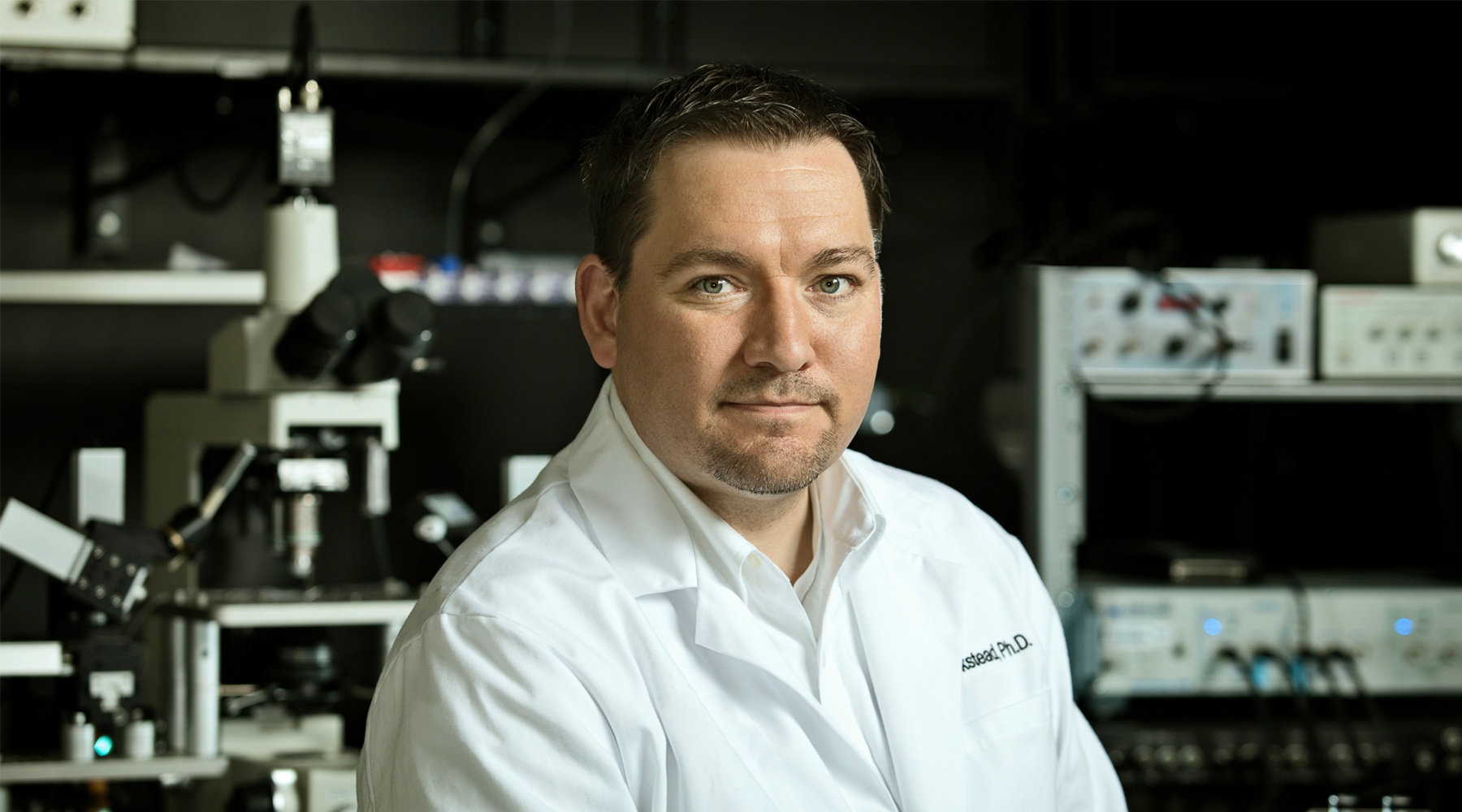 OMRF scientist Michael Beckstead, Ph.D., has received a one-year, $400,000 grant from the National Institute on Aging to investigate a possible connection between dopamine cells and Alzheimer’s disease.

Dopamine is a chemical responsible for voluntary movement and the perception of reward in the brain. Beckstead studies what can happen when things go wrong with dopamine neurons, ranging from Parkinson’s disease when too little is present to drug addiction when there is too much.

Alzheimer’s affects 5.8 million Americans, and one in three senior citizens dies with the disease or other forms of dementia, according to the Alzheimer’s Association.

“Alzheimer’s is the most commonly diagnosed neurodegenerative disorder and has a strong association with aging,” said Beckstead. “In addition to what we know of Alzheimer’s and cognitive deficits and impairments, we are learning that there also are a slew of non-cognitive symptoms that can appear well before severe memory deficits begin.”

Some of these early non-cognitive signs of Alzheimer’s include depression, trouble sleeping and apathy.

“Dopamine is what makes you want to get off the couch and enjoy activities,” he said. “Although dopamine has never been studied in context with Alzheimer’s, we have a lot of evidence to suggest that it’s involved, especially in the initial stages of disease.”

Beckstead will study dopamine systems in mouse models of Alzheimer’s to look for any measurable change of function in the cells early on in the disease process.

“It’s a simple question that nobody has ever asked. I am a firm believer that treatments for a lot of brain diseases will come from targeting specific cellular pathways,” he said. “There are no approved treatments yet, but we’ve only had the technology to do this work for a few years.”

Beckstead said if they are able to identify these early changes, it could allow researchers to develop a drug or other interventions that stop Alzheimer’s before it spreads.

Beckstead joined OMRF in September 2017 from the University of Texas Health Science Center at San Antonio. He studies the role that dopamine neurons play in Parkinson’s disease and drug addiction, with a goal of finding new ways to treat both conditions.

The new funds are a supplement to Beckstead’s existing R01 grant with the NIA, R01 AG052606. The NIA is a part of the National Institutes of Health.