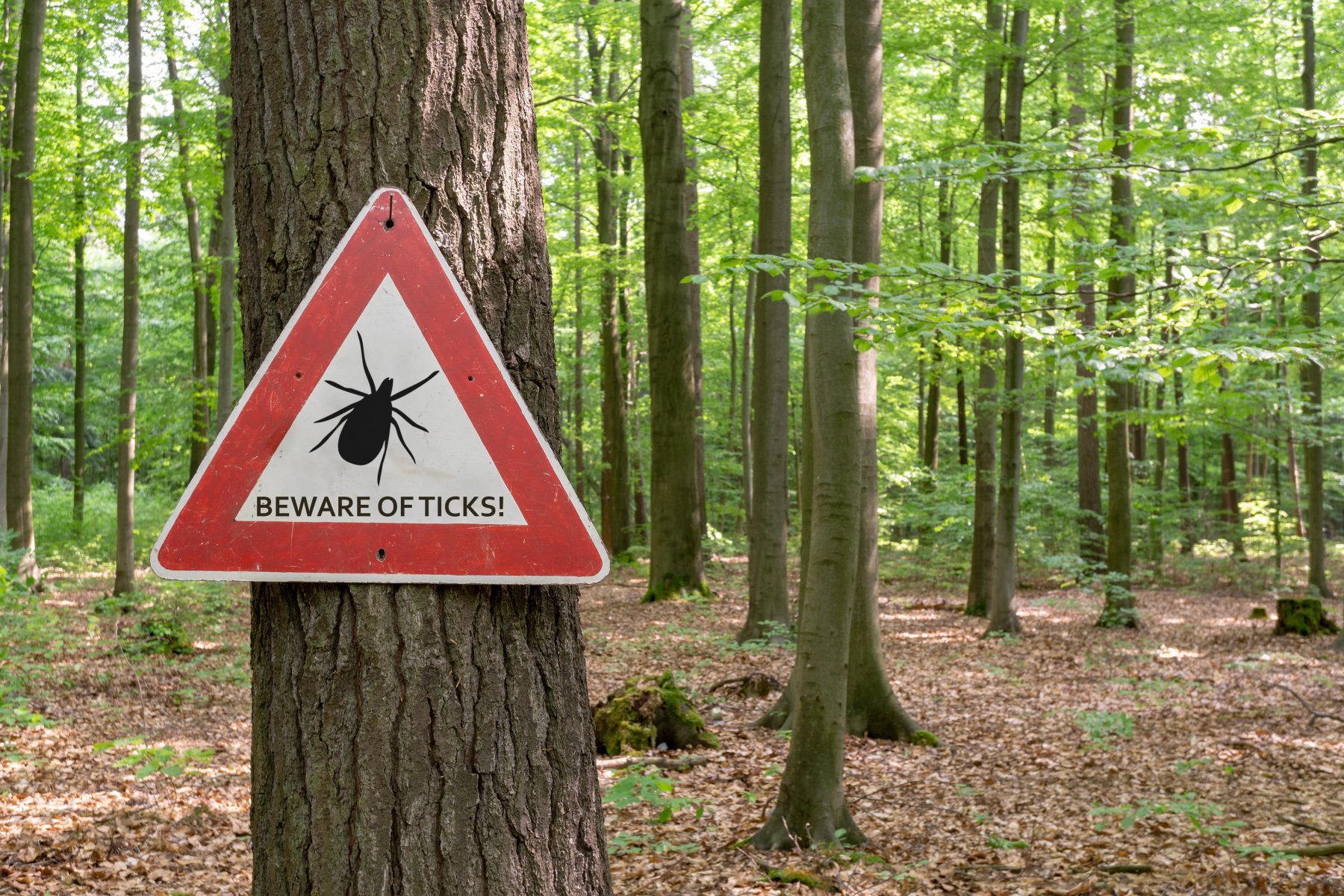 When Gary Gorbsky’s knee suddenly ballooned and became painful to move, he was puzzled. And worried.

The long-time runner and scientist at OMRF had not done anything that he thought would trigger that sort of reaction. But when he went to the doctor, he soon discovered the cause.

Caused by a form of bacteria, Lyme is transmitted to humans through tick bites. Early symptoms can include a bullseye skin rash, fever, aches, pains and other flu-like symptoms, but these warning signs are not guaranteed to be present. Even when they are, they are often mistaken for symptoms of other diseases.

Gorbsky said he did not remember having been bitten by a tick and did not recall having any of the early symptoms. If the disease is not recognized and treated, it can manifest in more severe ways, including joint problems like Gorbsky’s, facial paralysis, cognitive impairment and heart issues.

Some patients experience recurrent symptoms even after treatment with antibiotics. The infection can go into hiding in the body, even after the antibiotics, and reemerge later. This happened to Gorbsky. Fortunately, he has since managed a full recovery from his knee problems, although it required two courses of antibiotics.

Historically, the disease has been mainly found in Northeastern and upper Midwestern states, along with Northern California. However, a recent report found that it’s spread to all 50 states.

“The most important thing for Oklahomans to know about Lyme disease is that it’s here now,” said Gorbsky.

Fortunately, precautions for Lyme disease are the same as for any other tick-borne illnesses, said OMRF physician-researcher Hal Scofield, M.D. “Your best defense is to keep ticks off your skin. When you’re in wooded or grassy areas, wear long sleeves and pants, use an insect repellent with DEET, or do both.”

Scofield also recommends checking yourself thoroughly and taking a shower once you return home. “If you see a tick, pluck it out with tweezers,” he said.

With the number of Lyme-infected ticks growing, disease numbers have tripled over the past two decades. The Centers for Disease Control states that approximately 30,000 cases are now reported in the U.S. each year.

Still, experts estimate that the actual number of U.S. cases each year—not just those reported—has swelled to 300,000.

A vaccine that showed 76 percent effectiveness was pulled from the market in 2002 due to limited consumer demand and fears over side effects. A new vaccine is currently in the works, but it’s still in the experimental stage; even if ultimately proven effective and safe, would take years to reach the market.

In the meantime, if you experience any of the early symptoms, ask your physician to test you for Lyme. Caution is the surest defense, said Scofield.

“Lyme can be treated effectively with antibiotics if it’s caught early, and again if symptoms return,” Scofield said, “But the best solution is to be aware and avoid getting bitten by ticks.”