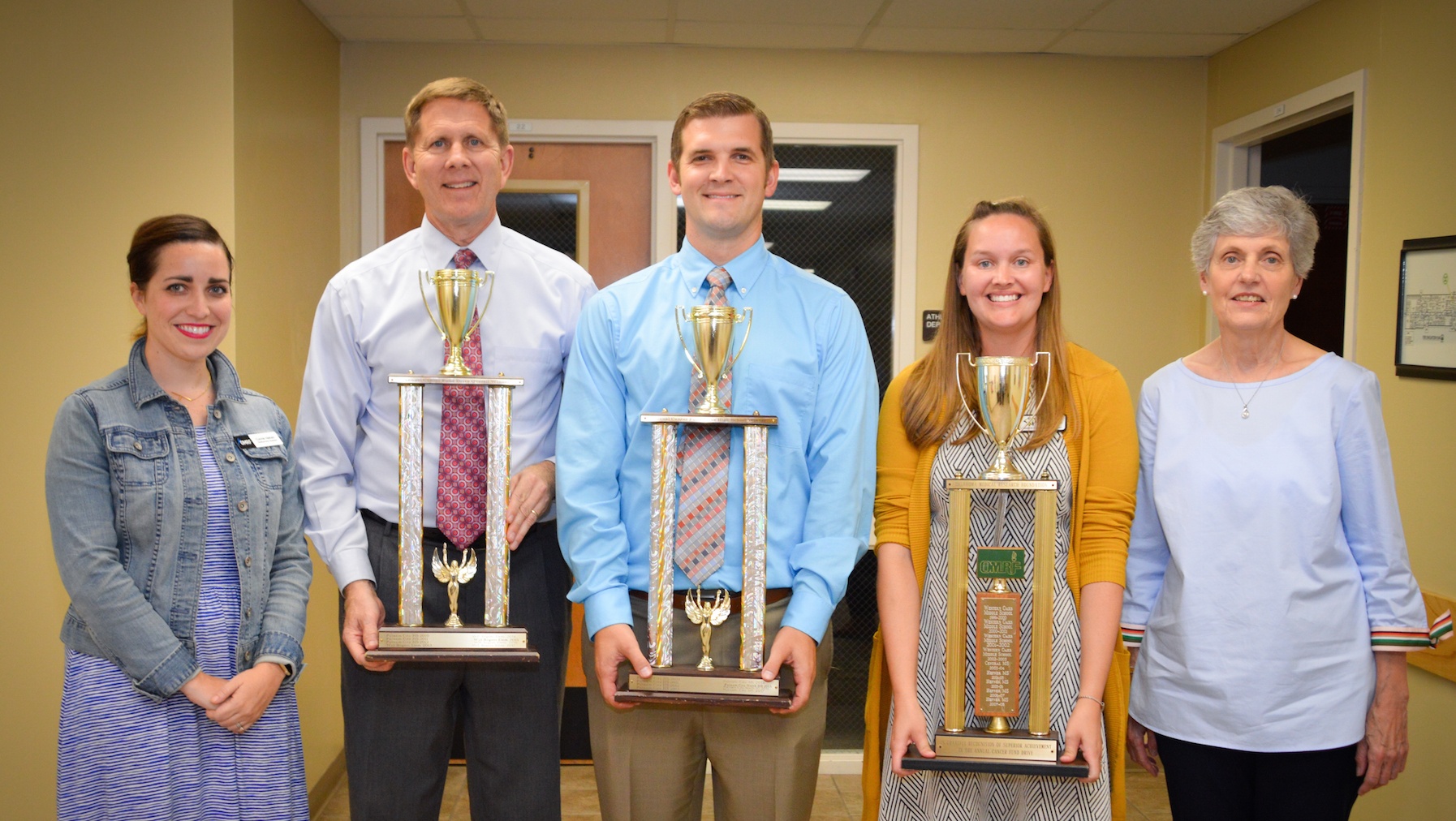 For more than four decades, Putnam City Schools have held bake sales, car washes, carnivals and 5k runs, all in the name of supporting medical research.

This tradition continued on Monday, as Putnam City leaders presented OMRF with a check for $100,000 to support cancer research at the Oklahoma City-based nonprofit.

“OMRF is grateful to have this continued, long-lasting support from Putnam City, and we honor that commitment every day in labs across our campus,” said Thompson. “These students are making a real difference in the fight against this horrible disease.”

Work at OMRF has created an experimental drug that is now undergoing clinical trials at the Stephenson Cancer Center to treat patients suffering from glioblastoma, a deadly brain cancer.

Other foundation scientists are studying problems that arise during cell division, a crucial issue in a disease that is marked by uncontrolled division of abnormal cells.

“I’m so proud that generations of Putnam City students, school staff and parents have invested in research to fight cancer,” said Dr. Fred Rhodes, superintendent of Putnam City Schools. “What Putnam City and OMRF have is a rare partnership – a school district supporting research scientists in their efforts to better understand disease and develop new and more potent treatments. But it’s a relationship that has worked, not just for the two organizations but for the betterment of all.”