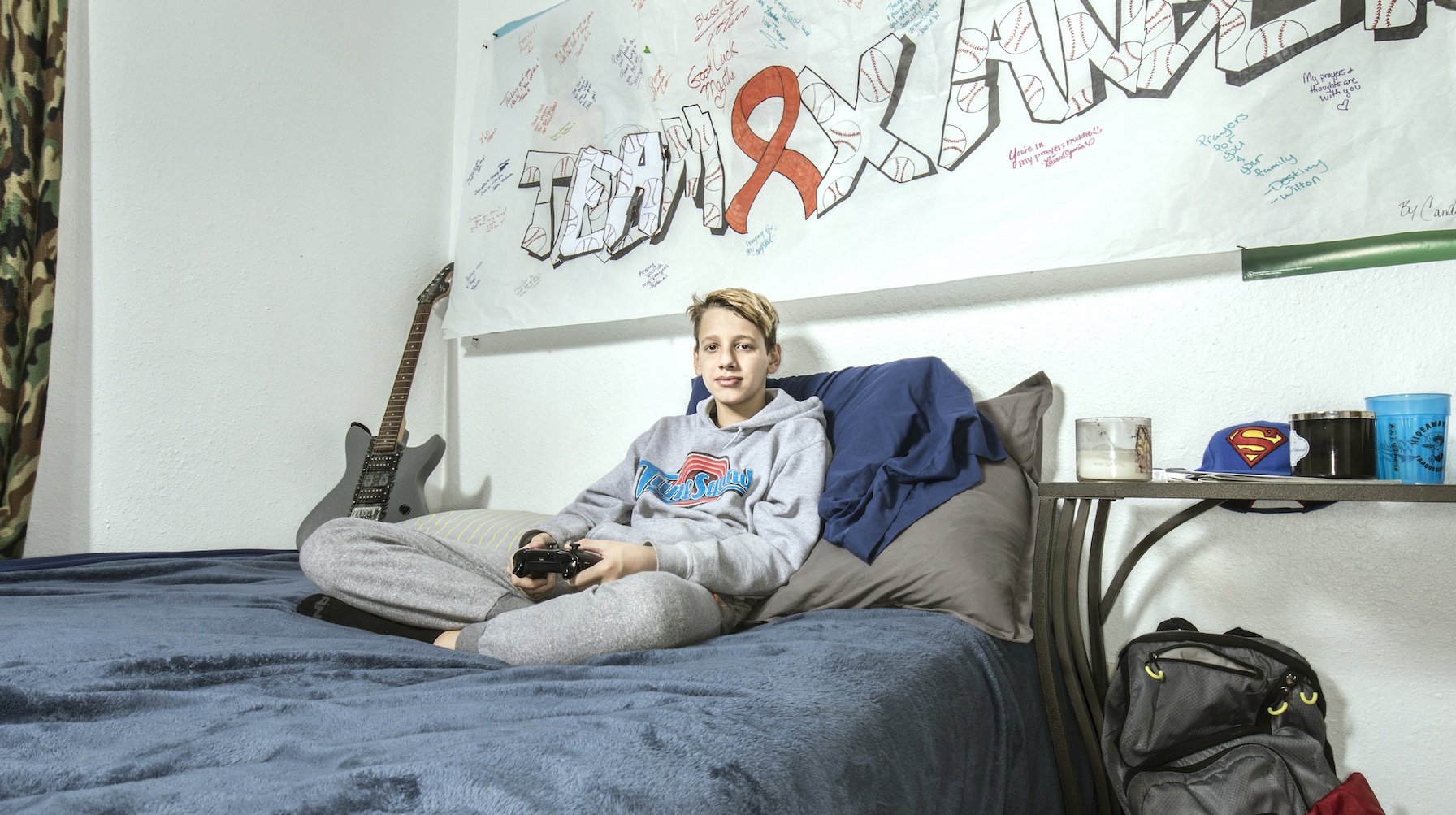 A rambunctious kid with big brown eyes, Xander Auld liked to crack jokes and goof around with his friends. He loved sports and spent lots of time on the baseball diamond, football field and basketball court. He seemed like a healthy, happy, well-adapted child.

At the age of 1, Xander had been diagnosed with abnormally high levels of red blood cells, along with elevated blood pressure. A CT scan soon revealed another symptom: small growths, or “micro-cysts,” on his kidneys, pancreas and stomach.

His physicians could not find a cause for the symptoms. They prescribed medication to control his blood pressure and regular phlebotomies to keep Xander’s red-cell levels down. For more than a decade, he saw doctor after doctor, all to no avail. Over time, said his mother, Felicia Gamble, “It just became a part of life.”

Eventually, his case was referred to Klaas Wierenga, M.D., who holds the McLaughlin Family Chair in Genetics at the University of Oklahoma College of Medicine. After a battery of tests failed to cast any light on Xander’s condition, Wierenga turned to Patrick Gaffney, M.D., a genetics researcher at OMRF.

The best hope, the two researchers decided, was for Gaffney to use the DNA sequencing technology in his lab at OMRF to analyze Xander and all of his direct family members. That way, they could identify any potential genetic differences between him and his family, none of whom shared his symptoms.

For Xander, who was 13 at the time, one more test was no big deal. Not so for his younger brother, Landon. When the 10-year-old went to Wierenga’s office—along with his parents, Xander and his oldest brother, Isaiah—“he was scared,” said Gamble. Still, knowing it could help his brother, he bravely allowed Wierenga to extract blood from his arm.

Studying the results of a genetic sequence can be like trying to examine individual flakes in a snowdrift. While the test narrows the analysis to two percent of the human genome, that still leaves almost 30 million letters of DNA to analyze. “We looked at data for a long time and made very little progress,” says Wierenga.

But one night, a particular piece of data—a gene—caught Wierenga’s eye. “I knew this gene,” he said. “It’s associated with renal-cell carcinoma,” a malignant cancer of the kidney. Xander’s copy of this gene was mutated.

When Xander awakened, he was groggy from the anesthesia and in a good deal of pain. Still, the first words he said to his parents were, “Will you please tell the doctors thank you?”

Xander had imagined that recovery would be seamless. “He thought he was going to eat Buffalo Wild Wings right after surgery,” said his father, Matt Auld. “That didn’t happen.” Still, he was able to leave the hospital after two days. Three weeks later, he was back at school.

Since that time, Xander has grown several inches and put on 20 pounds or so. He’ll turn 15 on Sunday, and he’s finishing up his freshman year at Yukon High School. Like his older brother, he joined the swimming team.

Most importantly, the cancer has shown no signs of returning.

The discovery of the mutation and the ensuing surgery, Gamble said, have been “life-changing. I am so thankful for this research.

“It could have been really bad if they didn’t catch it when they did.”