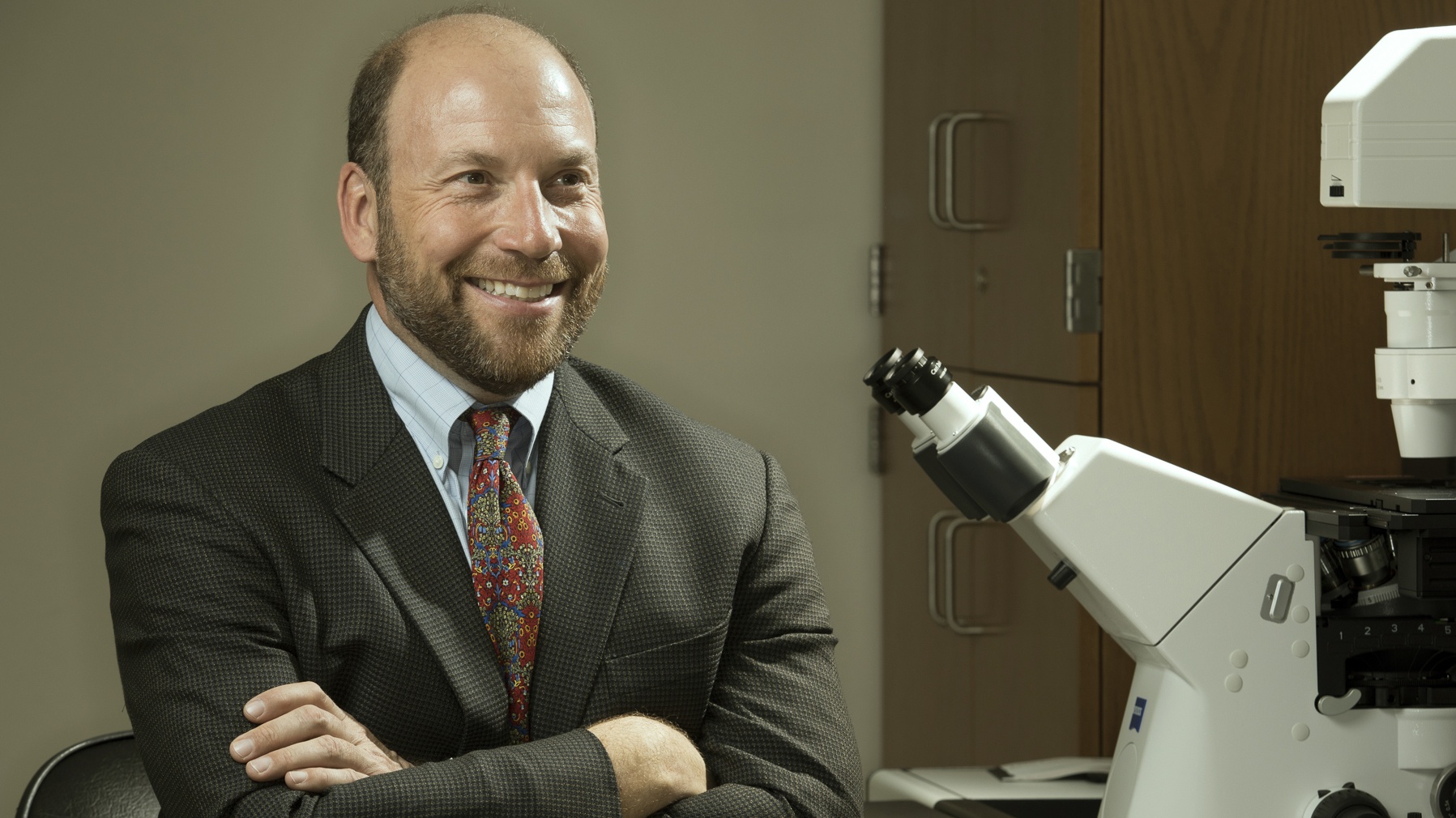 For many years, physicians have puzzled over why people with “clean” colonoscopies went on to develop colon cancer. New findings from OMRF may help explain why, and the discovery could lead to ways to detect these cancers earlier and more effectively.

Trailing only lung cancer, colon cancer is the leading cause of cancer deaths for men and women, killing 65,000 Americans each year. Still, life expectancy improves considerably if the cancer is detected early: People whose colon cancer is discovered in the earliest stage have a 5-year survival rate of 90 percent, while those whose cancer is found in the latest stage have an 8 percent rate.

The most common method of screening is a colonoscopy, where doctors use a flexible scope to examine the colon. However, certain cancer-causing polyps can be easily missed during these examinations.

“Some polyps are embedded in the surface of the colon, and they’re also flat and covered up,” said David Jones, Ph.D., who holds the Jeanine Rainbolt Chair for Cancer Research at OMRF. “This makes them incredibly difficult for doctors to detect.”

Working with a team of researchers, Jones analyzed the genetic composition of the hidden polyps. “Most cancers—and most polyps—need more than one mutation to form. However, in these polyps, only one gene, called BRAF, was mutated,” he said.

Because of these telltale markers identifying the polyps, Jones said, it would be possible to create a diagnostic test to analyze fecal samples to look for these changes prior to a colonoscopy. “If changes are present, it would be a way for the doctors to know to look for a hiding polyp,” said Jones.

Further analysis by the researchers also showed that the mutation caused a wave of alterations in the DNA. “It’s probably the change in BRAF combined with these changes that leads to polyps forming.”

Jones said understanding the downstream effects of BRAF mutation could allow for drug intervention to prevent this cascade of DNA changes from happening altogether. Ultimately, this might prevent the colon cancer from developing.

“The next phase is to look at how the changes in BRAF cause this cascade leading to cancer,” he said. ”This was a huge step in the right direction that could have clinical relevance for patients in a meaningful way.”