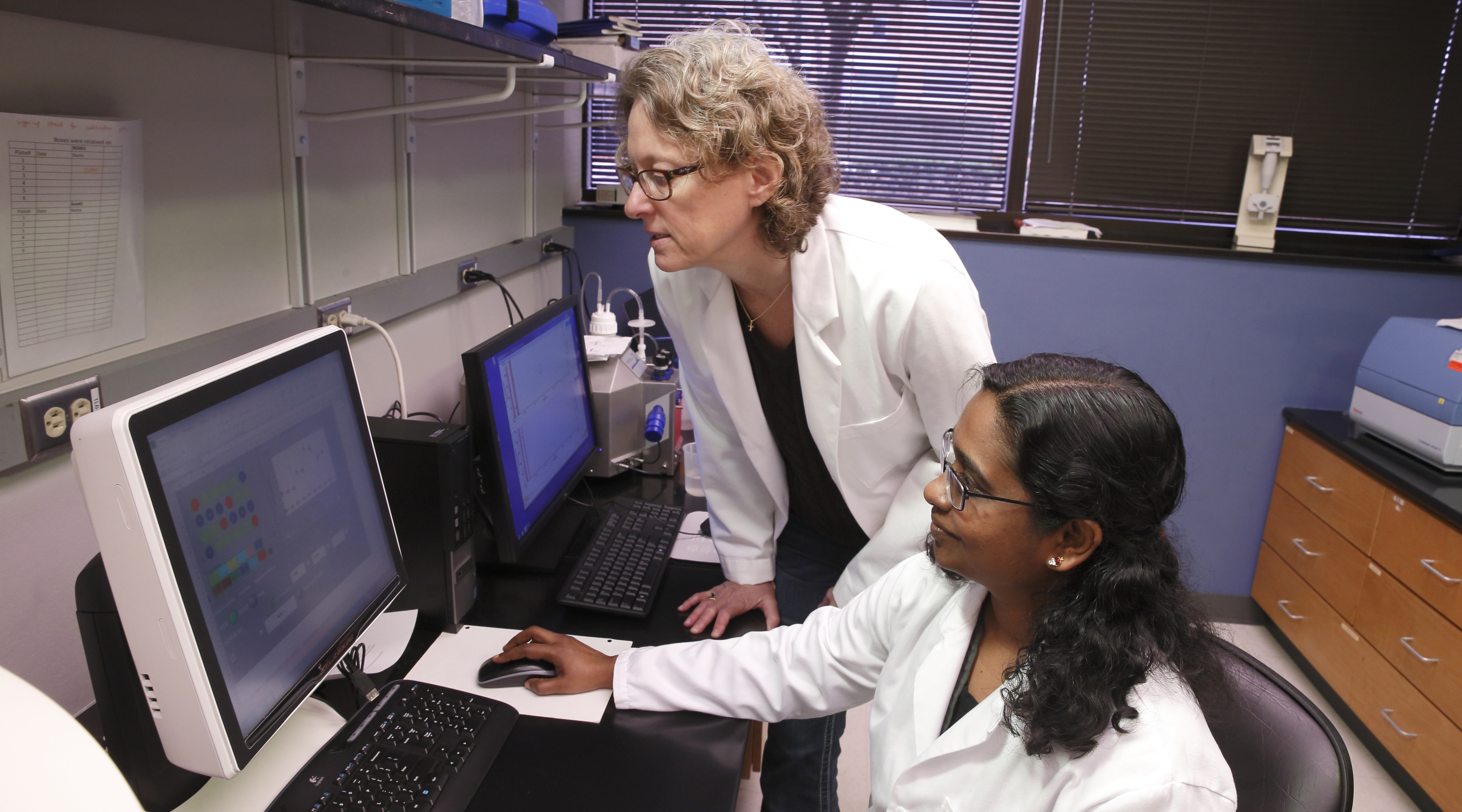 An OMRF scientist has received a grant from the National Institute on Aging to investigate a potential link between Alzheimer’s disease and age-related loss of muscle mass.

Holly Van Remmen, Ph.D., received a one-year, $100,000 supplemental grant to follow up on data indicating that people suffering with Alzheimer’s have accelerated sarcopenia, a disease in which the body loses skeletal muscle mass as it ages.

“When we think of Alzheimer’s disease pathology, we think of dementia, but a few newer studies indicate that the same mechanisms that cause dementia could affect other neurons and tissues throughout the body,” said Van Remmen, chair of OMRF’s Aging and Metabolism Research Program.

Van Remmen said the grant will address whether or not they can detect an accelerated loss of muscle mass, function or atrophy in mouse models with Alzheimer’s compared to mice that age normally.

“In this way, we could potentially get a better idea of how the Alzheimer’s pathology can influence other symptoms in the body,” she said. “This could be a critical component of the disease, because people suffering with Alzheimer’s often survive for many years while the disease progresses, and a loss of function can have a profound negative impact on an already declining quality of life.”

Alzheimer’s is the fifth-leading cause of death in Americans over the age of 65. It is the most common form of dementia, accounting for 60-80 percent of all cases, according to the Alzheimer’s Association.

Based on the results of this pilot study, Van Remmen and her lab may pursue additional funding to continue the work.

Van Remmen joined OMRF in 2013 after spending two decades doing research in aging at the University of Texas Health Science Center in San Antonio. At OMRF, she holds the G.T. Blankenship Chair in Aging Research.

The grant, No. 3P30AG050911-03S2, was added to her existing five-year, $3.8 million National Institutes of Health grant that established Oklahoma’s Nathan Shock Center of Excellence in Basic Biology of Aging in 2015.

The Center, one of only six designated Nathan Shock Centers in the U.S., united OMRF, the University of Oklahoma Health Sciences Center and the Veterans Administration Medical Center to study how aging impacts disease and how changes that occur in aging predispose people to disease.