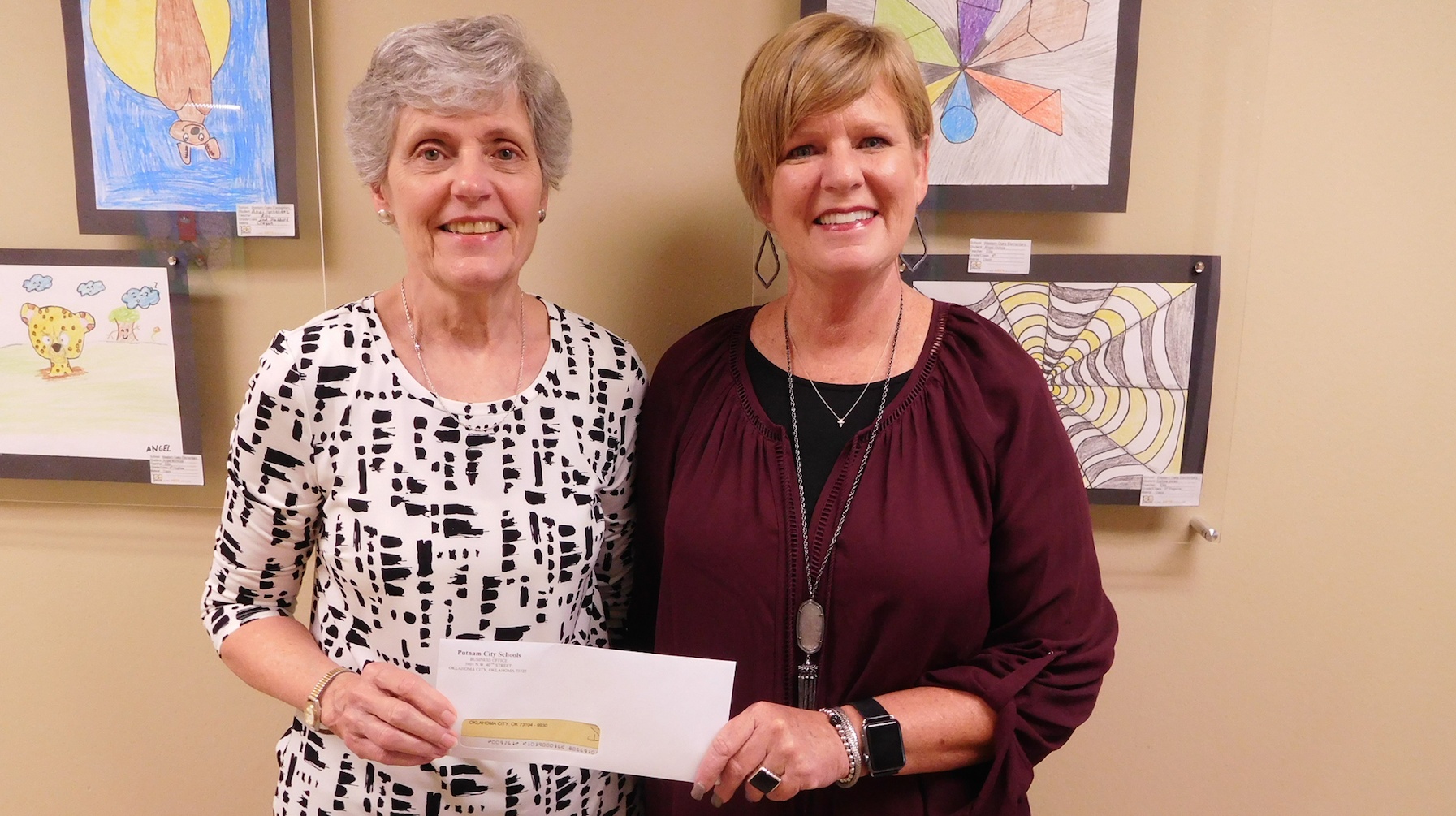 On Monday, Putnam City Schools leaders presented the Oklahoma Medical Research Foundation with a check for $90,000 to support cancer research.

This marks the 42nd consecutive year PC Schools have conducted a district-wide fundraiser to aid in the research at the Oklahoma City-based nonprofit.

Countless bake sales, car washes and carnivals have raised the funds for Putnam City’s annual gifts to OMRF since former PC teacher Lois Thomas launched the Cancer Drive in 1975. The Putnam City Cancer Classic, a 5K run held each November, has become a fixture in the drive and will celebrate its 10th anniversary this year.

Thomas started the Cancer Drive as a way to support several coworkers who were diagnosed with the disease in a short window of time. She and a small group began going door-to-door collecting money to help fight the disease.

Since then, her grassroots effort has raised more than $3.5 million for research at OMRF. The funds have paid for research, supplies, and established the Putnam City Schools Distinguished Chair in Cancer Research at OMRF, held by Linda Thompson, Ph.D. Thompson’s research led to the first genetics-based risk assessment test for breast cancer.

“Thousands upon thousands of Putnam City students, teachers and families have raised money for cancer research over the last 40-plus years. It’s central to our identity as a district – it’s who we are and what we do,” said Dr. Fred Rhodes, superintendent of PC Schools. “For our district to have a partnership with OMRF, one of the finest medical research facilities in the nation, makes it that much more worthwhile. Raising funds for research at OMRF gives students the chance to do something meaningful in the fight against cancer and a reason to hope in the search for cures.”

Recently OMRF cancer researchers developed an experimental drug that is in clinical trials to treat a deadly brain cancer called glioblastoma. Other ongoing cancer research efforts include studying problems that arise during cell division that set the stage for cancer development.

“Cancer is not a problem that will be solved easily. It will take consistency and determination and we are fortunate to have a partner who has chosen to take on this challenge in Putnam City Schools,” said OMRF President Stephen Prescott, M.D. “We admire the students, faculty and parents who have given unselfishly for more than four decades to help us make progress in this fight. Year after year, the district-wide effort continues to be remarkable and it makes a significant impact.”