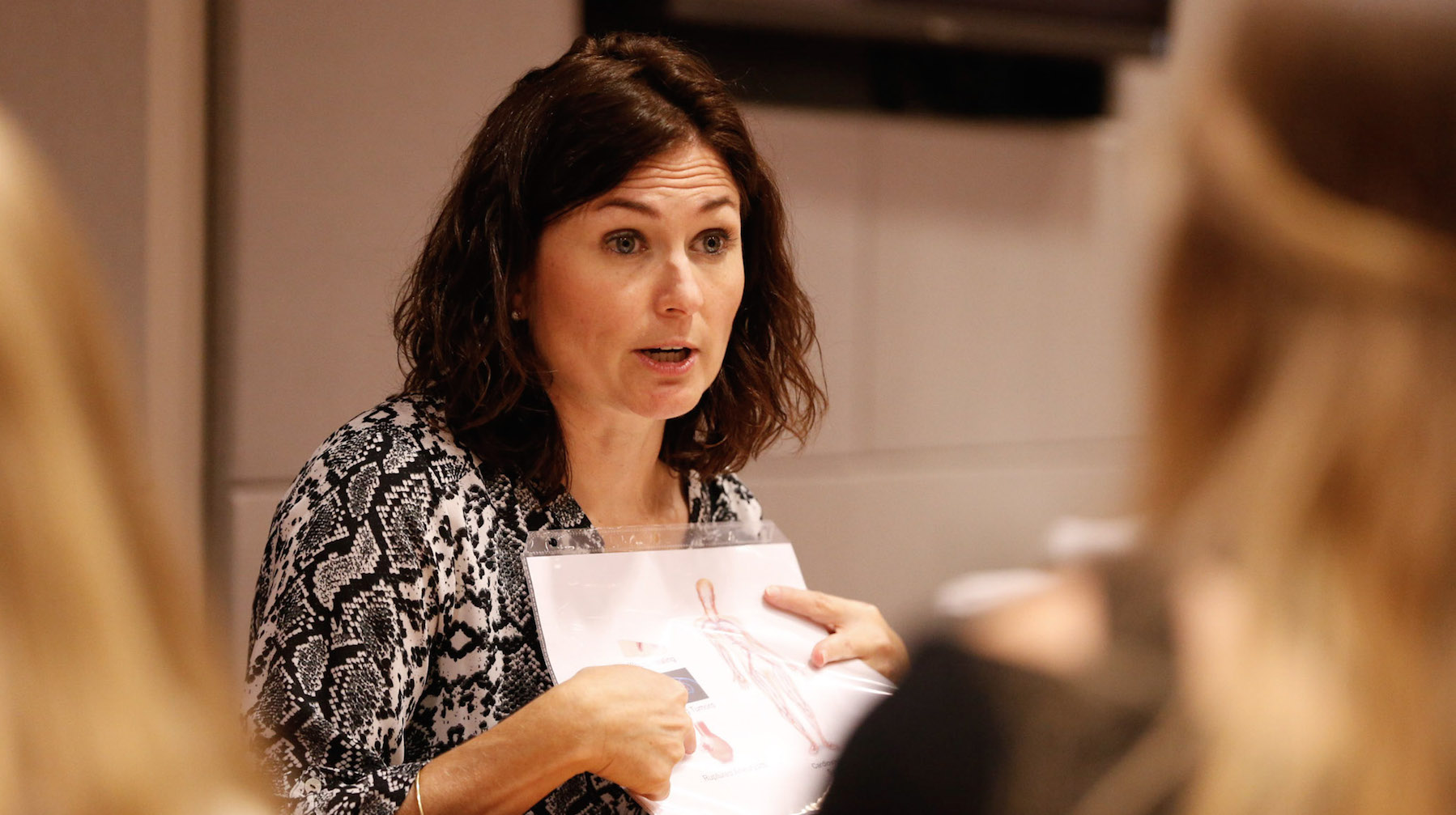 On Sunday, the American Heart Association hosted a special STEM education program for its 2017-18 class of Sweethearts at OMRF.

Women representing a variety of science, technology, engineering and math fields met face-to-face with participants in small groups before coming together in a general session. Panelists fielded questions from attendees and further expanded on their personal experiences in the sciences, both in school and as they established their careers.

OMRF scientist Courtney Griffin, Ph.D., served as host for the event. Griffin has spent her career manipulating DNA, the encyclopedia of genetic information that is inside of each of our cells. In the lab, she edits DNA of laboratory mice so that she can understand the development and function of blood vessels in these animals. The AHA has funded her research for more than 20 years.

Each of the women described the nature of her education and career path and her current work. They also told what they would like to have said to themselves at the age of 16 about perseverance, enlisting mentors and goal-setting.

“This STEM event is exciting for me, because it unifies the strengths of AHA and OMRF in promoting science and math career options to young women,” said Griffin. “I might not have considered becoming a scientist if I hadn’t met an influential female scientific role model when I was a teenager. I hope I can similarly inspire young women to consider science as a rewarding and creative career option.”

AHA’s Sweetheart Program provides educational and social programs for the girls during the school year. Activities are designed to groom the Sweethearts as future heart health advocates. The girls are presented at the annual Heart Ball in February.

“The girls were eager to know what it’s like to work in male-dominated fields and how STEM leaders are able to juggle family life along with such demanding careers,” said American Heart Association Executive Director Debbie Hite Stewart. “The event really seemed to provide an opportunity for the students to think about their futures and what direction they may want to go as they near high school graduation.”