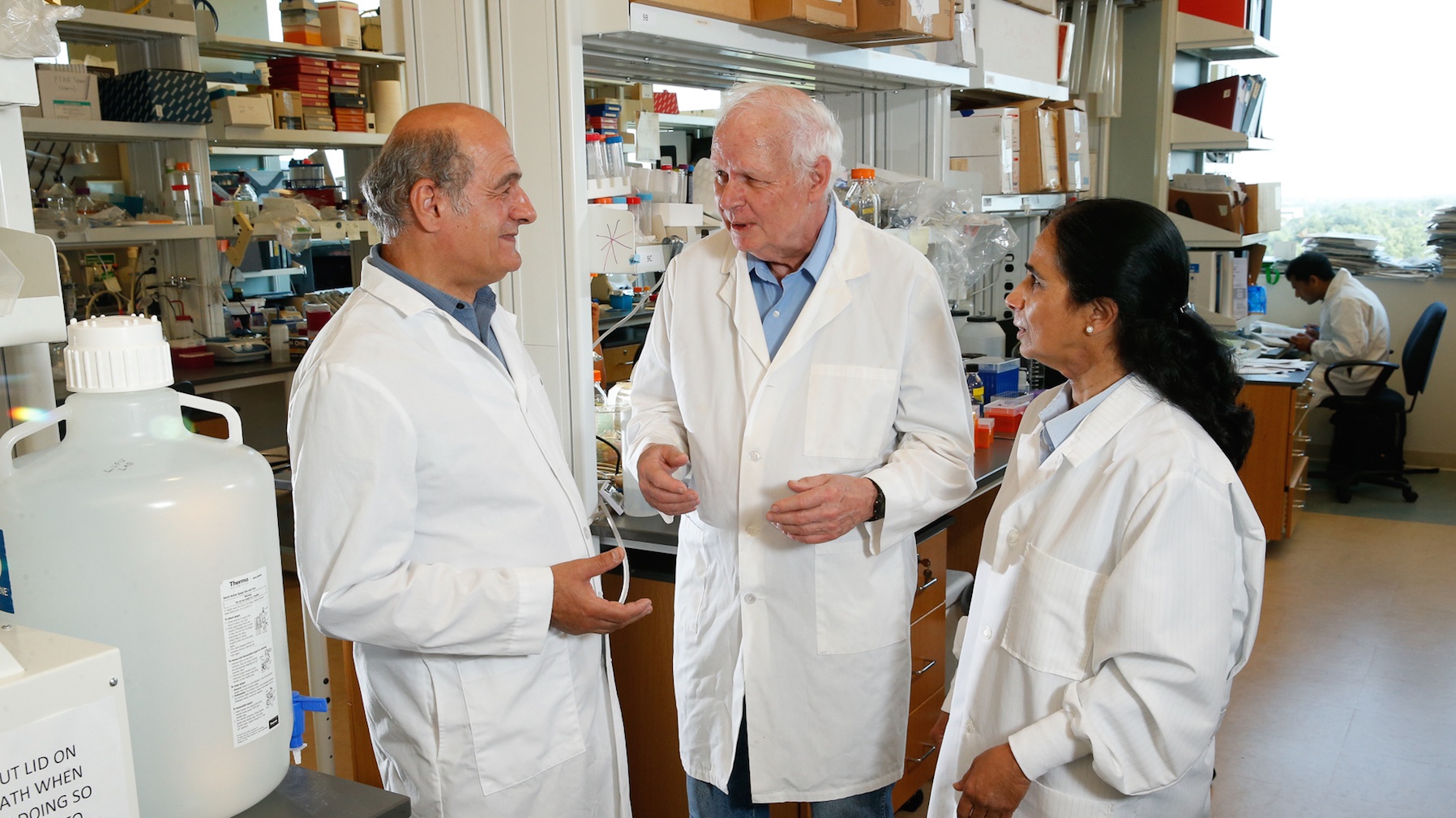 OMRF has signed a collaboration agreement with GSK, one of the world’s leading healthcare companies, for the discovery, development and commercialization of novel therapies to prevent organ damage and death caused by conditions such as acute pancreatitis, lung injury and trauma.

This collaboration is part of GSK’s “Discovery Partnerships with Academia” (DPAc) efforts. Launched in 2011, this unit is dedicated to bringing together the insight and creativity of leading academic scientists with GSK’s drug discovery expertise to develop innovative medicines.

Charles Esmon, Ph.D., and colleagues at OMRF discovered that when traumatic injuries occur, the body releases proteins called histones that can enter the bloodstream and begin to kill the lining of blood vessels, resulting in uncontrolled bleeding.

“When we realized that histones were so toxic, we immediately went to work looking for a way to stop their destructive tendencies,” said Esmon, a member of the National Academy of Sciences who holds the Lloyd Noble Chair in Cardiovascular Biology at OMRF.

In his laboratory, Esmon and his OMRF research team created a series of experimental antibodies—pathogen-fighting proteins produced by the body’s immune system—that show promise for stopping this process, which can be fatal. “If a patient is suffering from severe inflammation, these antibodies hold the potential to prevent multi-organ failure,” he said.

These antibodies might also provide a therapy for a number of other conditions, Esmon said, including sepsis, acute respiratory distress and burn injuries.

Under the collaboration agreement, Esmon and OMRF colleagues Florea Lupu, Ph.D., and Padmaja Mehta-D’Souza, Ph.D., will perform a series of pre-clinical tests and analytical procedures on the antibodies. GSK will then select lead candidates from those antibodies for potential clinical development by GSK scientists.

“We are very excited to initiate this target-to-medicine collaboration with Dr. Esmon, a world-renowned researcher, who has taken a unique approach to finding ways to prevent organ failure and death in acute injury,” said Carolyn Buser-Doepner, Head, DPAc, GSK.

“This is an area that needs significant attention,” said OMRF Vice President of Technology Ventures Manu Nair. “This new partnership with GSK represents an opportunity to take a discovery to the drug-development stage quickly and efficiently, and it would be a major step forward for the treatment of patients.”