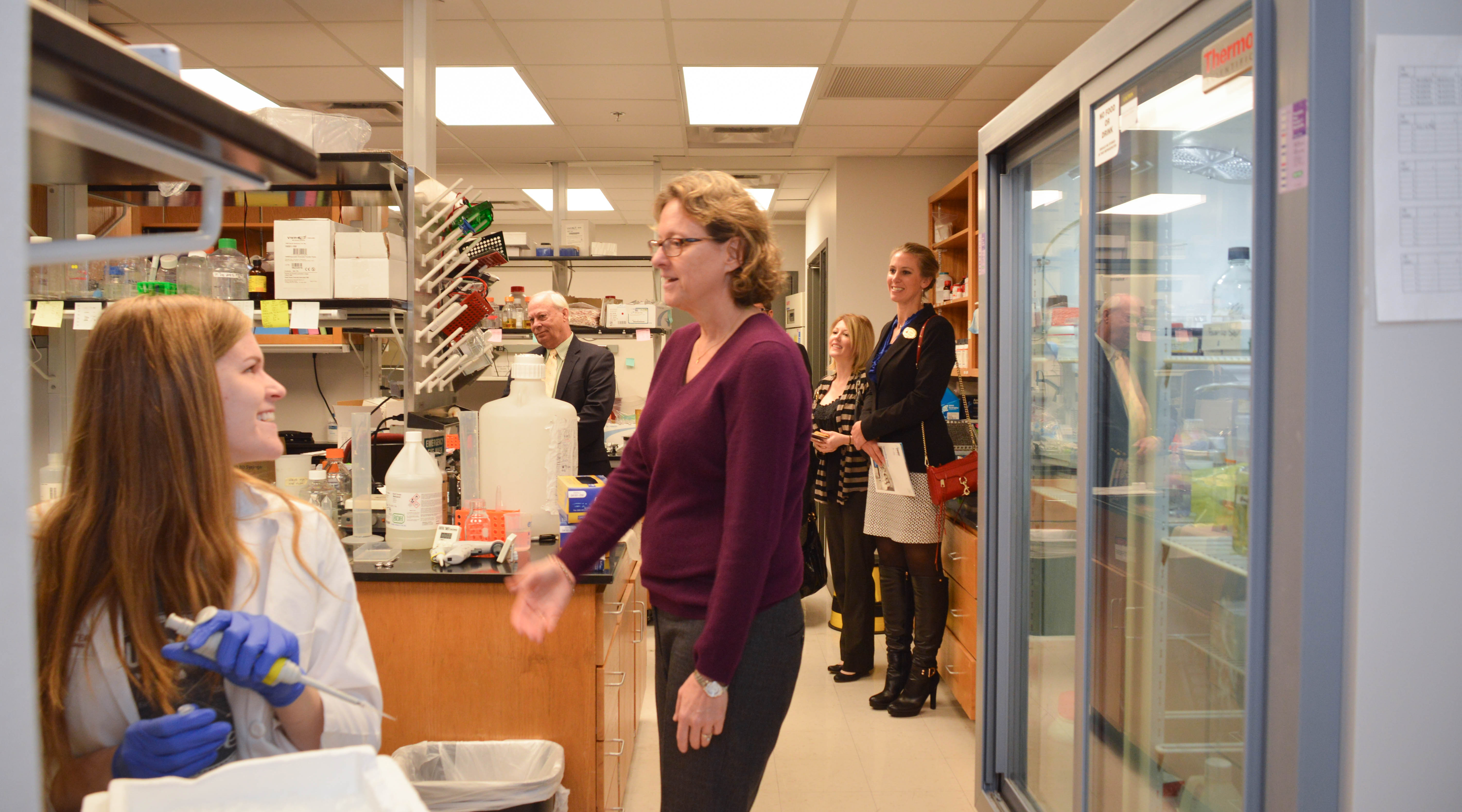 At a ceremony on Tuesday, OMRF dedicated its Masonic Charity Foundation of Oklahoma Aging and Alzheimer’s Research Laboratory.

Masonic Charity Foundation of Oklahoma Board President Elwood Isaacs, Executive Director John Logan, and other Masonic representatives attended a luncheon and dedication ceremony at the foundation.

A $1 million gift to OMRF in 2009 initially established a Masonic Charity Foundation Laboratory, which was home to Alzheimer’s researcher Jordan Tang, Ph.D. With Tang’s recent retirement, OMRF officials relocated the Masonic name to a lab in its Aging and Metabolism Research Program.

“We wanted to continue to recognize the Masonic Charity Foundation for its generous contribution, and we feel that dedicating this lab in honor of the Masons is an appropriate way to do that,” said OMRF Vice President of Development Penny Voss. “The Masons deserve all of our thanks for their continued support of Oklahoma’s aging population.”

Since closing its Oklahoma Masonic Home in Guthrie in 2000, the Masonic Charity Foundation has continued to find new ways to aid Oklahoma’s aging community with their support of research at OMRF serving as an example of one of their many fruitful endeavors.

“The oldest Masonic document we have, dating from about the year 1380, speaks of the importance of care for the elderly,” said Isaacs. “The Freemasons are happy to have the opportunity to support the work of the Oklahoma Medical Research Foundation, which holds so much promise for the future. It is the dedicated work of researchers and scientists like Dr. Van Remmen which shines such a bright light on the future we all share.”

The new Masonic Fraternity laboratory will be home to Holly Van Remmen, Ph.D., chair of OMRF’s Aging and Metabolism Research Program. Van Remmen’s research focuses on diseases of aging, with an emphasis on loss of muscle as people grow older.

In 2016, Van Remmen received the prestigious Denham Harman Award from the American Aging Association for her contributions to aging research. She was also critical in the establishment of Oklahoma’s first Nathan Shock Center of Excellence in Basic Biology of Aging, teaming OMRF with researchers at the University of Oklahoma Health Sciences Center and the Veterans Affairs Medical Center to investigate what predisposes older people to diseases like Alzheimer’s. It is one of just six Shock Centers in the United States.

“With the length of our lives steadily growing, these issues are becoming more and more important,” said OMRF President Stephen Prescott, M.D. “Dr. Van Remmen is making important contributions to our quest to stay healthier as we age, and the Masonic Charity Foundation is our valued partner in this effort.”