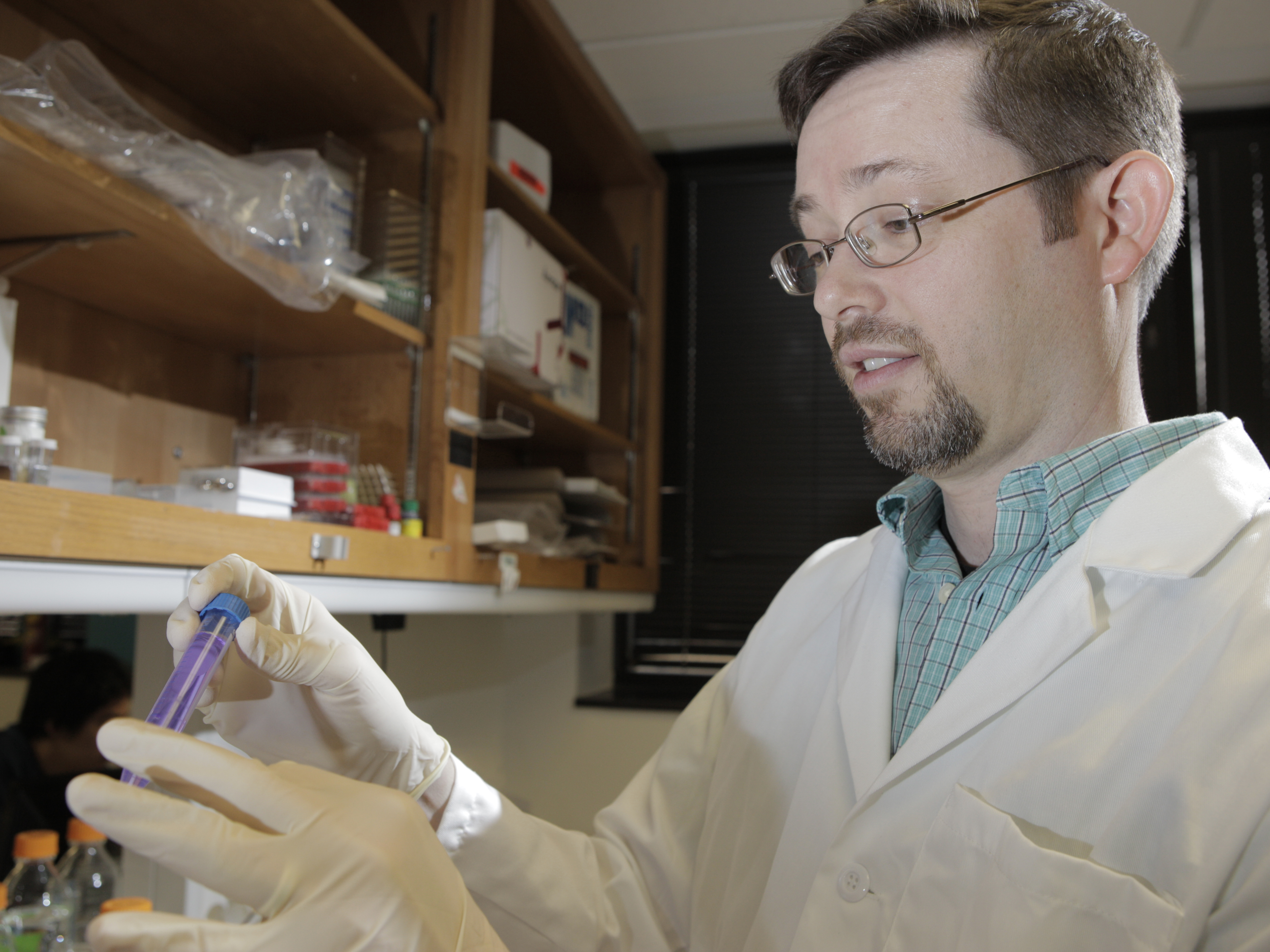 An OMRF scientist has received a five-year, $2.3 million grant to investigate the basic mechanics of wound healing.

The grant, which was awarded by the National Institute of Arthritis and Musculoskeletal and Skin Diseases, will allow OMRF researcher Lorin Olson, Ph.D., to study why people form scar tissue after sustaining an injury instead of regenerating damaged tissue like certain animals including salamanders, lizards and others, do.

Olson said scar tissue forms quickly to seal wounds, but it is not ideal and can lead to long-term problems through contraction or expansion of the scar. Excessive scar tissue, called fibrosis, occurs when repair processes are overactive.

Scar tissue in the skin is comprised primarily of collagen — an important structural protein found in skin, tendons, bones, cartilage and more. Olson said while collagen is an important part of the equation, normal, healthy skin has a lot more to it than just collagen, including hair follicles and fat cells called adipocytes.

“Skin doesn’t regenerate and you could say that about most adult organs,” said Olson. “We’re not one of those lucky species that can grow back an eye or an arm. Instead, our bodies try to patch things up as quickly as possible so we can keep chugging on.”

As it turns out, that rapid-fire healing may be partly to blame for why we don’t regenerate organs, limbs or skin.

“A lot of people who study wound healing have asked the question, ‘how quickly can we make this heal?’” said Olson. “If you look at animals that regenerate and compare them to animals that don’t, the ones that regenerate actually heal much slower, but at the end they have successfully replaced and regenerated the tissue that was damaged or lost.”

Olson said his lab has a strong grasp of how wound healing occurs and is regulated stemming from their study of a molecule called platelet-derived growth factor (PDGF), which stimulates the cells that form scar tissue. While PDGF aids in wound repair, too much promotes scar tissue. Therefore, our bodies must maintain a proper balance to achieve optimal tissue repair.

Olson came to OMRF from the Mt. Sinai School of Medicine in New York, New York, in 2010. He received his Ph.D. from the University of California, San Diego, and now is an assistant member in OMRF’s Cardiovascular Biology Research Program. His research focuses on fibrosis, the creation of scar tissue in disease, which is a cause of organ failure in the heart, kidneys and liver.

This research, said Olson, could open a number of doors in the understanding of regeneration at a molecular level. “We are not looking for drugs or therapies right now, but if we understand these mechanics better and learn how to slow the healing process for better results, therapies could be a very real possibility,” he said.