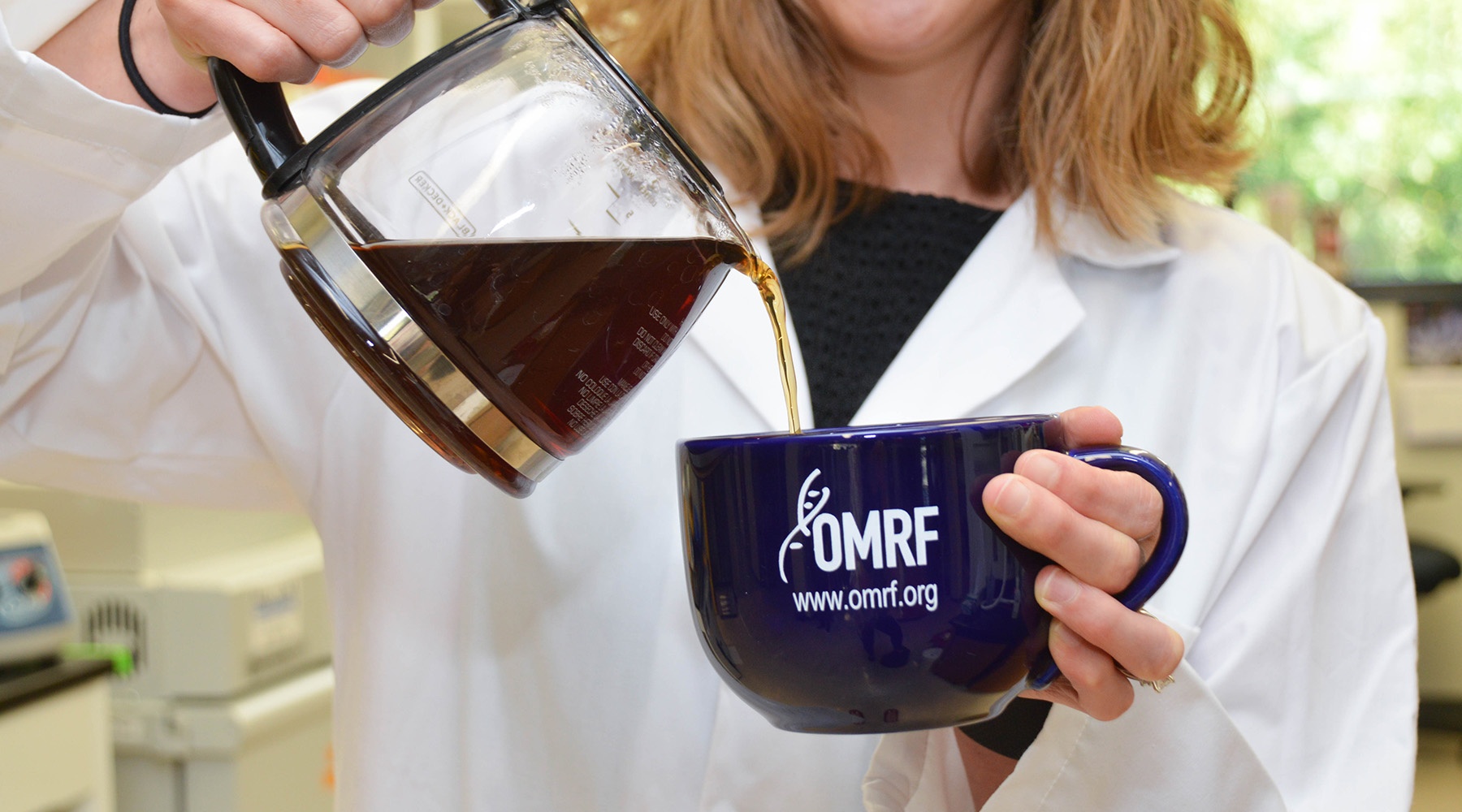 Home - News - Brewing controversy: Is coffee good? Bad? Or neither?

For millions, coffee is part of their daily routine. And as commonplace as the trusty cup o’ Joe may be, the constant tug-of-war in research surrounding coffee’s health benefits — or lack thereof — is always brewing right along with it.

According to Oklahoma Medical Research Foundation President Stephen Prescott, M.D., that inconclusiveness is a clue to the most likely answer: It’s neither.

“If there were some clear-cut health effect, either positive or negative, we would already know about it, because people have been drinking coffee for centuries,” said Prescott, a physician and medical researcher. “It would be apparent by now because of the long-term prevalence of it. We’ve learned plenty of concrete lessons about the negative health effects of cigarette smoking and excessive alcohol consumption. When it comes to coffee, there’s nothing important or significant there, as far as I’m concerned.”

Conflicting reports on coffee routinely make the news, but Prescott warns consumers to take these findings with a grain of salt, because they all seem to suffer from the same inherent flaws.

The list of variables is almost never-ending, he said. How many cups do you drink? What constitutes a “cup?” What time of day do you drink it? What kind of beans? What other foods or medicines do you take?

“There are far too many factors to draw real conclusions, from how you brew it to what you add to it and so on. Establishing a verdict based on the majority of these studies is nonsense,” he said.

While Prescott said the health merits of coffee itself are too hard to pin down, researchers do know a lot about the effects of one of its chief components: caffeine.

“If you drink coffee a lot, can you develop some type of physical dependence on it? Of course,” he said. “I’m this way, too. If I don’t have my cup in the morning, I’ll get a headache from lack of caffeine.”

This occurs, Prescott said, because of a process called tachyphylaxis, or a gradual desensitization to the effects of a substance over time.

“When we have caffeine, it binds to our receptors and our body says, ‘OK, there’s a lot of that around, so I’m going to turn off these receptors and shut down their function.’ So we gradually have to ingest more caffeine to get the same effect we got in the past,” he said.

When the body is expecting caffeine but a deficit occurs, it can result in headaches and other symptoms. Still, in technical terms, that doesn’t mean it’s an addiction.

In fact, despite its poor reputation, caffeine is the part of coffee that might have the most positive effect.

In a 2008 study in the Proceedings of the National Academy of Sciences that included OMRF scientist Linda Thompson, Ph.D., researchers found that the caffeine in coffee reduced the risk of multiple sclerosis in mice. Specifically, it stopped a common molecule called adenosine from binding to a receptor, triggering a cascade of events that prevented MS.

Still, Prescott said, it’s important not too read too much into these types of studies. “They typically come with qualifiers like ‘may,’ ‘might’ and ‘could’ when it comes to whether coffee actually prevents disease.”

All told, he said, a few cups of coffee each day probably don’t have much effect—positive or negative—on the body. “Just don’t load it up with sugar and cream. Because unlike coffee itself, too many extra calories can actually be bad for the body.”