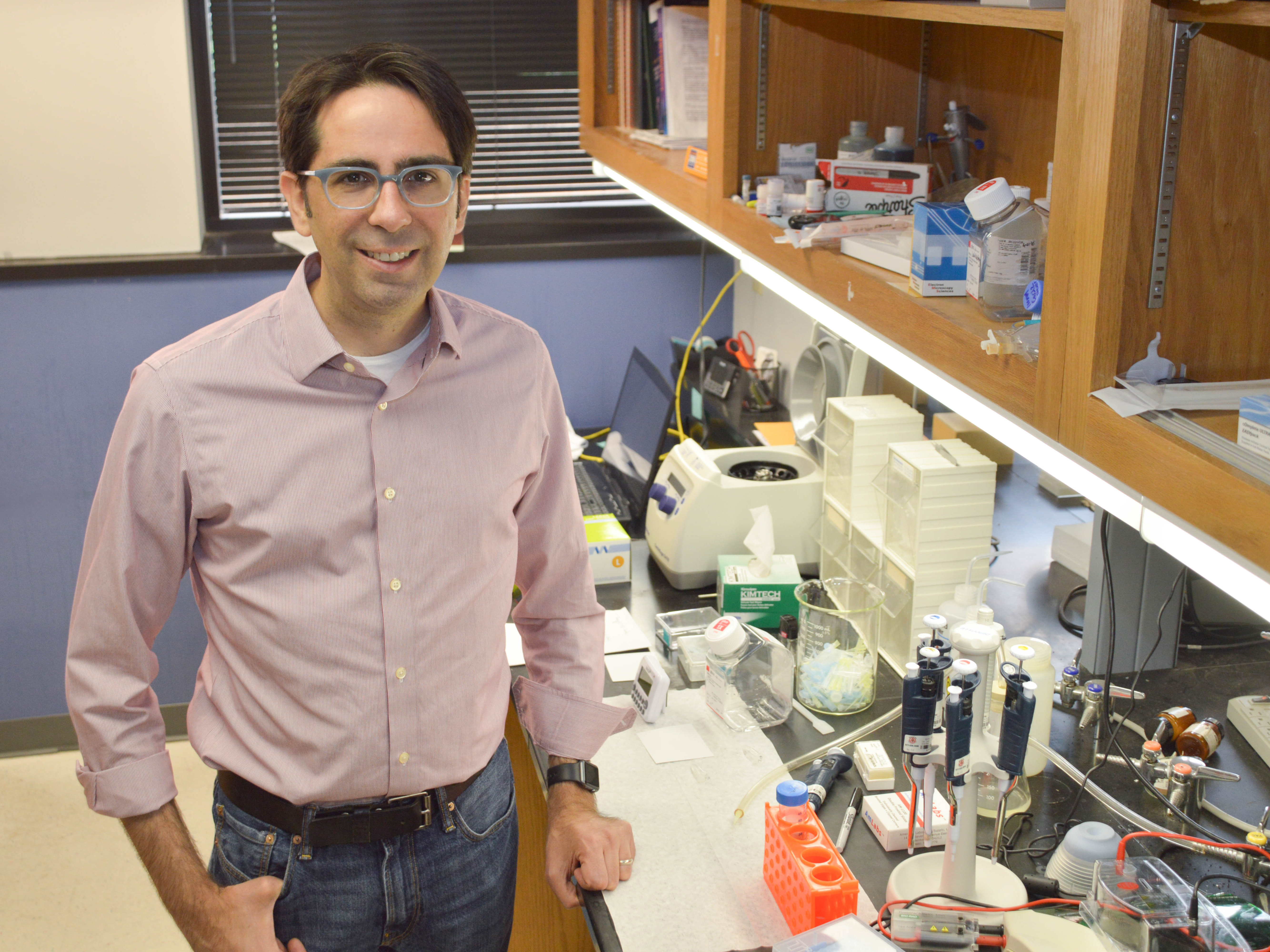 OMRF scientist Kenneth Humphries, Ph.D., has been awarded a four-year, $1.72 million grant from the National Heart, Lung, and Blood Institute to investigate the effects of diabetes on the heart.

The grant will allow Humphries to continue novel research about how a cellular switch called PKA, which controls how the heart contracts, is impaired by diabetes.

“Diabetes is obviously a big problem in our society, and it can lead to an increase in cardiovascular issues. It definitely impacts the way the heart works in a negative way,” said Humphries.

Diabetics have trouble producing or responding to insulin, a hormone that tells cells to take in sugar as a source of energy. Long-term effects of the illness, which impacts more than 29.1 million Americans, include heart disease and other cardiovascular conditions.

Humphries said the key to his research is looking at how the fight-or-flight response is over-activated, creating increased, unnecessary stress on the heart.

“Normally, when your heart is stressed or your fight-or-flight response is activated, the heart beats faster,” he said. “If you have to run away from a predator, your heart will beat faster and harder, as it should. The heart is essentially a machine—a pump—so this activity uses more of its energy.”

In a healthy person, the heart can use sugar, or glucose, to meet those energy demands from stress. When that response kicks in, your heart speeds up and works harder. PKA is a central switch in the heart that controls this reaction. However, problems arise in diabetics because they don’t use sugar effectively.

This creates a two-fold problem, Humphries said, because of the increased stress and a lack in the normal capacity to meet the energetic demands for that stress.

“PKA balances contractions with metabolism, and we’ve identified problems with this switch,” he said. “In an effort to make up for the effects of diabetes, the switch becomes chronically activated. This creates unneeded strain on the heart, and the PKA loses it ability to meet increased demands. Eventually it can stop responding, and that can be deadly.”

The preliminary data that led to the grant was published in The Journal of Biological Chemistry in late 2015. Humphries said the funding from the National Institutes of Health is critical in continuing this promising research, which could lead to treatments as well as aid in the overall understanding of the disease.

The new grant from the NHLBI, number 1R01HL125625-01A, is part of the National Institutes of Health.