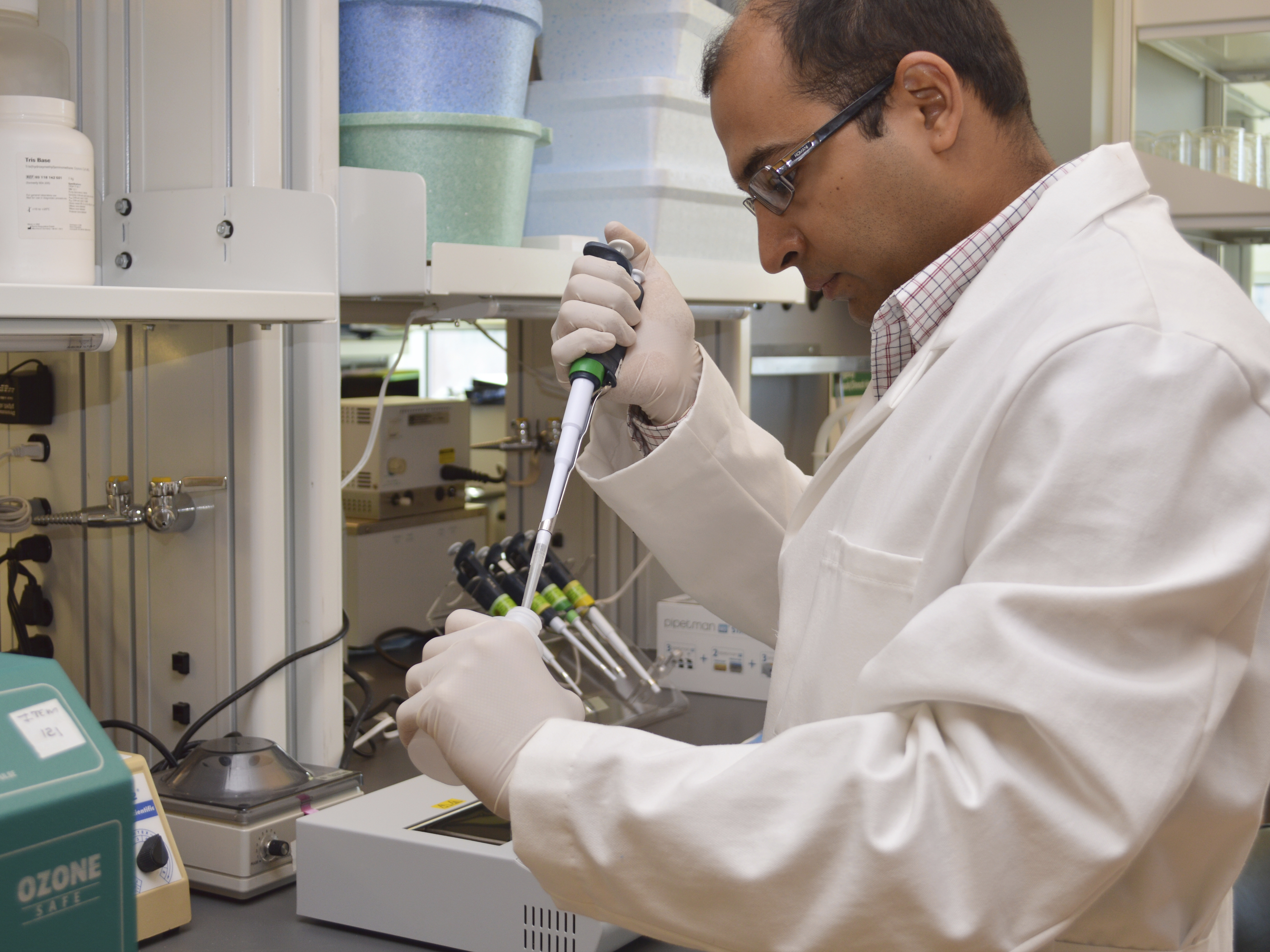 These valves regulate the flow of fluid within the vascular system, which is a network of vessels and lymph nodes that span throughout the body. The lymphatic vessels absorb tissue fluids and return them to the bloodstream. Defects in the lymphatic vessels can result in lymphedema, known for its painful and dramatic swelling in the limbs that can lead to infections.

The goal of Srinivasan’s grant is to better understand the mechanisms behind the development of these valves in hopes of targeting them for therapeutic purposes to treat diseases like lymphedema, for which there is currently no cure.

Srinivasan, who received his Ph.D. from Tulane University and was recruited to OMRF from St. Jude’s Children’s Research Hospital in 2013, said this grant is directly related to the first paper he published at the Oklahoma City-based nonprofit last year. The paper, which appeared in the journal Developmental Biology, revealed the discovery of molecules that control the formation of valves that direct the flow of lymph into blood circulation in the throat and neck area.

“That research gave us a lot of preliminary data and we also were able to use high-powered imaging techniques to determine the three-dimensional structure of the lymphovenous valve, allowing us to look at them in detail for the first time,” said Srinivasan. “This allowed us to make an immediate correlation between malformed valves and disease.”

Srinivasan said there are three parts to the long-term goal of the grant. The first is to identify the mechanisms that regulate valve formation. Secondly, the lab hopes to determine if these mechanisms are defective in mouse models of lymphedema and in human patients with lymphatic defects. And thirdly, Srinivasan said, is to target those mechanisms for therapeutic purposes in order to eventually treat patients.

“If we can identify know the mechanisms at work, then maybe we can work with pharmaceutical companies to develop drugs to help the root of the problem. This grant presents us with the opportunity to make the most of our findings.”