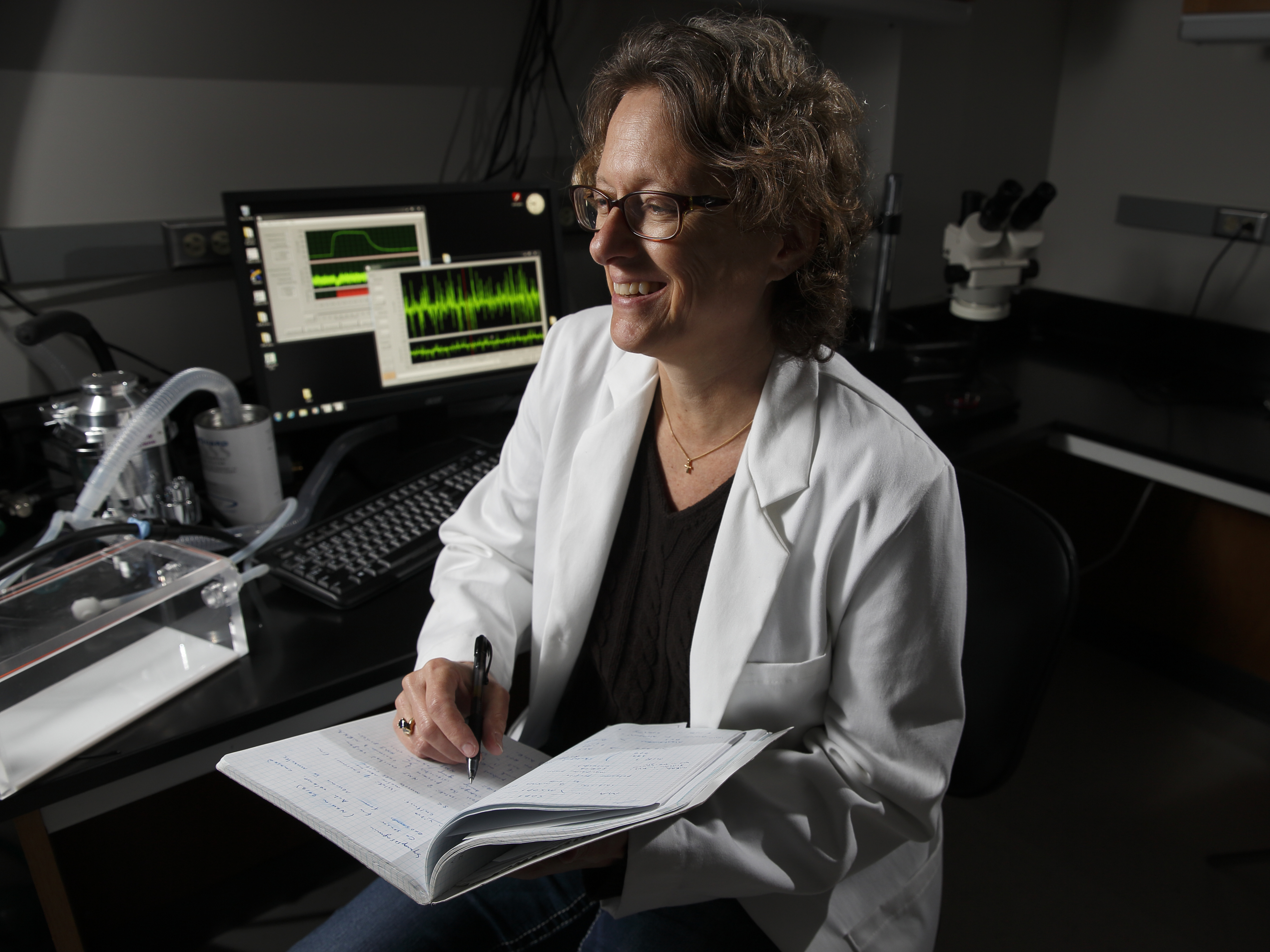 Oklahoma Medical Research Foundation scientist Holly Van Remmen, Ph.D., has received the Denham Harman Award from the American Aging Association. The honor, the highest bestowed by the organization, was presented to Van Remmen at the Aging Association’s annual meeting in Seattle earlier this month.

Established in 1978, the prize is a lifetime achievement award that recognizes scientists who have made significant contributions to the field of research in aging.

Van Remmen joined OMRF in 2013 and heads the foundation’s Aging & Metabolism Research Program. Prior to that, she spent more than two decades as an aging researcher at the University of Texas Health Sciences Center in San Antonio, where she earned her Ph.D. in 1991.

Her work has focused on age-related muscle loss and amyotrophic lateral sclerosis, also known as Lou Gehrig’s disease. During her career, she has made a series of important insights on muscle degeneration, and this past year she led a study that found new links between traumatic brain injuries and neurodegenerative conditions.

“This is such a nice honor for me personally,” said Van Remmen, who was named the G.T. Blankenship Chair in Aging Research at OMRF in April. “But this award also lets me know that our colleagues across the country now recognize Oklahoma as a force in research on aging.”

In 2015, working with scientists at the University of Oklahoma Health Sciences Center and the VA Medical Center, she helped secure a Nathan Shock Center of Excellence in the Biology of Aging grant—one of only six awarded nationwide—from the National Institutes of Health. With OUHSC’s Arlan Richardson, Ph.D., she now serves as co-director of the Shock Center, which focuses on geroscience, the study of how aging impacts disease and changes that occur in aging that predispose people to disease.

The long-term goal of this work, she said, “is not to find a fountain of youth, but to address the declining quality of life as we age. We want people’s ‘healthspans’ to match their lifespans.”