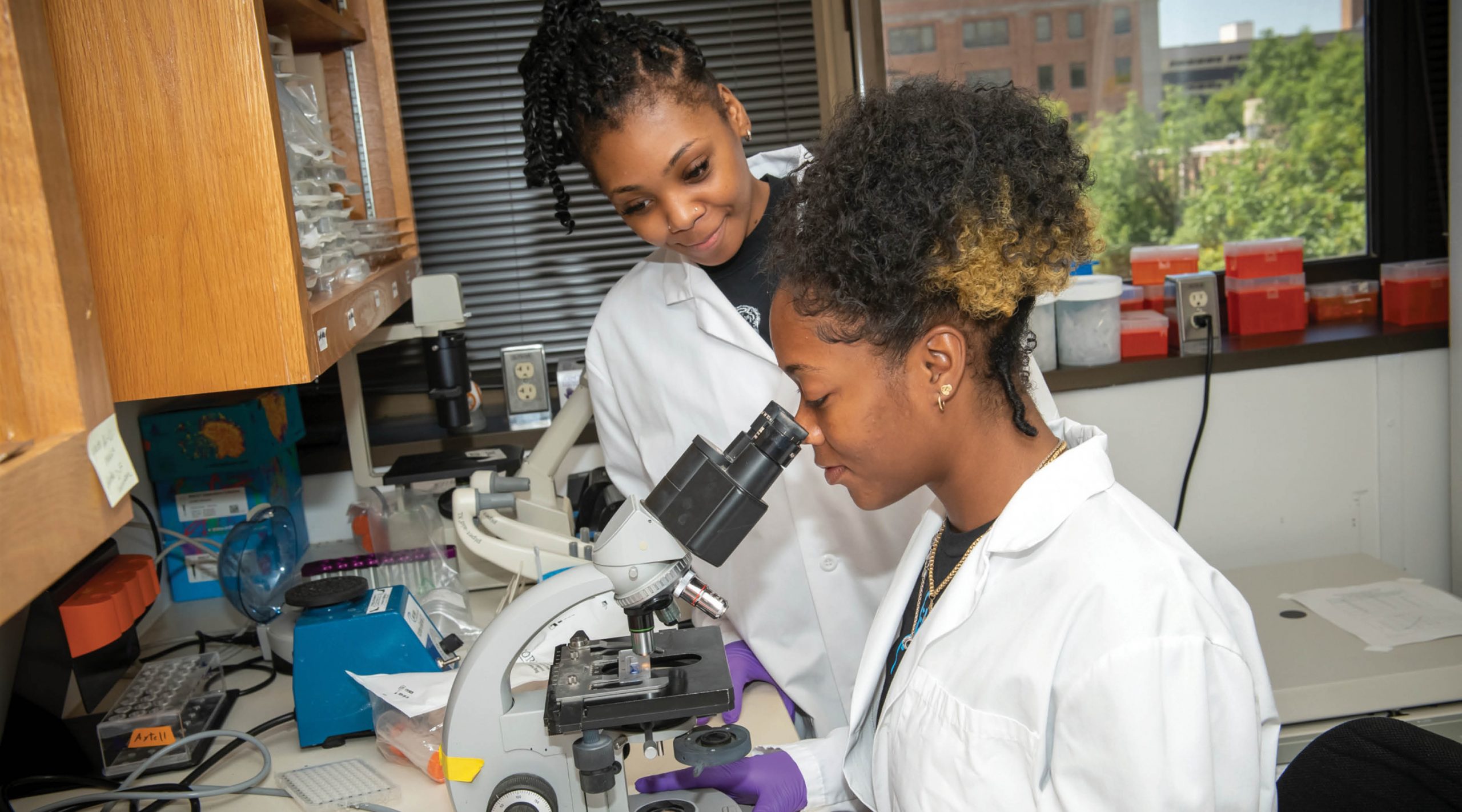 For most students, summer means late nights, lake days and snooze buttons. But for those who spend the dog days in OMRF’s labs, it’s mice, pipettes and data analysis.

Despite the obvious appeal of a lazy few months between semesters, in recent years, OMRF has seen a surge in students seeking summer internships. With that increased interest, the foundation has expanded its summer educational offerings. In addition to its Sir Alexander Fleming Scholar Program (founded in 1956), OMRF added the John H. Saxon Service Academy Summer Research Program in 2009 and, in 2021, the OMRF-Langston Biomedical Research Scholars Program.

For the summer of 2022, all of this spelled a new record: The three programs welcomed a total of 25 students, the largest summer class in foundation history.

That infusion of youth, says OMRF President Dr. Andrew Weyrich, is at once refreshing and crucial to the foundation’s mission. “Having all these energetic people with new ideas and enthusiasm is like a shot of adrenaline for us,” he says. “Plus, training young scientists is central to what we do. It ensures the next generation of researchers can carry the torch of discovery forward.”

The programs each draw from a different pool of students. The Fleming program invites applicants from across the state, while the Langston and Saxon programs bring students from Langston University and the U.S. military academies, respectively. But once here, the groups form a single class and have the same experience: a hands-on summer working in OMRF’s labs under the guidance of a scientific mentor.

“There was so much information to take in,” says Cassidy Baughman, an Oklahoma State University biochemistry major from Lone Grove who spent July and August investigating  muscle loss as a Fleming Scholar. “But for that same reason, it was a wonderful experience.”

J’Taelii Heath, a biology major at Langston University from Oklahoma City, says her summer was a lesson in patience and persistence. “It’s not just a matter of doing an experiment and being done with it,” says Heath, who has medical school in her sights. “You have to repeat the same experiment to show consistent results.”

The programs help many students decide whether research is right for them. A summer in OMRF’s labs paved the way for two of OMRF’s preeminent scientists: Executive Vice President and Chief Medical Officer Dr. Judith James and Vice President of Research Dr. Rod McEver.

It did the same for Dr. Caleb Lareau, who’s now a cancer researcher at Stanford University.

“For me, the Fleming Scholar Program was transformative,” says Lareau, an Enid native who spent the summer of 2011 at OMRF. “There wasn’t a career role model doing hardcore basic research in my hometown for me to emulate.”

Lareau returned to OMRF throughout his years as an undergraduate at the University of Tulsa and developed a “career-long collaboration” with OMRF scientists that continued in graduate school at Harvard. He’s now working with his former OMRF mentor, Dr. Courtney Montgomery, for his research at Stanford. Last year, it earned him a slot in Forbes magazine’s “30 Under 30” innovators to watch in science.

“This isn’t just a summer,” Lareau says. “It’s an invitation to the OMRF family to enable something incredible in your career.”