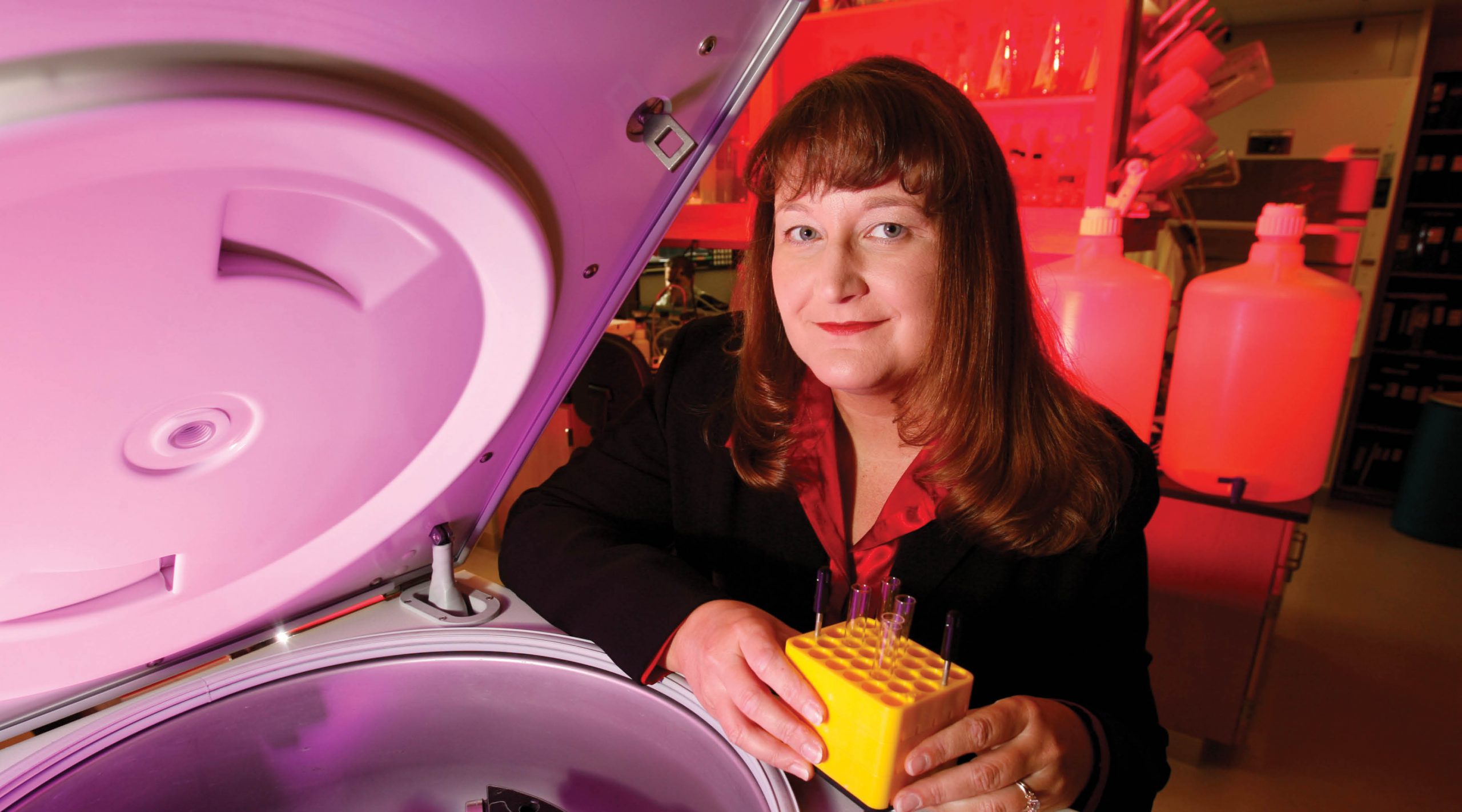 Election to the National Academy of Medicine is but the latest first for Dr. Judith James

Dr. Judith James can’t remember not wanting to be a doctor.

As a 5-year-old, James, who had severe asthma, shared her career intentions with her pediatrician. “He said if I wanted to become a nurse, he would be happy to hire me someday.” It did not sit well with the kindergartner. “I told him that I would become a doctor and hire him.”

Five decades later, James, now OMRF’s executive vice president and chief medical officer, became the first woman from an Oklahoma institution elected to the National Academy of Medicine. The honor is considered one of the highest in the field.

When the National Academy elected her as one of 100 new members nationwide in October, it cited her work as “a pioneer in the field of systemic autoimmunity significantly advancing the understanding of how autoimmune diseases start and how immune responses evolve.”

James arrived at OMRF the summer after her junior year at Oklahoma Baptist University as a Sir Alexander Fleming Scholar. She wanted to study asthma, a condition that impacted not just her but several family members. Instead, she was assigned a pair of projects on lupus, an autoimmune disease that affects an estimated 1.5 million Americans. The condition can damage the joints, skin, kidneys, heart and lungs, and it’s notoriously difficult to diagnose and treat.

James thought the assignment would prove a brief detour from her pursuit of asthma research. Instead, it launched a lifelong quest to unravel a mysterious disease and inspired her to apply for the University of Oklahoma Health Sciences Center’s M.D./Ph.D. program, then a new dual-track graduate path she would ultimately become the first to complete.

Today, James is known nationally and internationally for her watershed work identifying the early biological events of lupus and, more recently, her leadership of the first prevention trial for the condition. Earlier this year, the National Institutes of Health selected her to chair a nationwide initiative to accelerate new treatments for lupus and other autoimmune diseases.

“Dr. James is the most respected rheumatologist in the country,” says Dr. P.J. Utz, a professor of immunology and rheumatology at Stanford University. “She blows me away every time I interact with her.”

And for that, Loretta Williams is deeply grateful.

When a blood test revealed that a severe rash on the retired high school English teacher’s face was likely a result of lupus, Williams’ mind jumped to James, whom she’d once met at a football game in their mutual hometown of Pond Creek. “We had a parade before the game to name a street after her, and she was the grand marshal,” says Williams. “I called her right away.”

In the 17 years since, James has helped Williams manage lupus, rheumatoid arthritis and fibromyalgia. There are good days and bad days, Williams says. But she doesn’t think twice about making the four-hour round-trip drive to OMRF for appointments every three months. “Dr. James is a blessing. I wouldn’t be walking if it weren’t for her.”

James gets a great deal of satisfaction in helping patients like Williams manage complicated and challenging autoimmune diseases. She says their participation in research studies and clinical trials has made progress in the field possible.

James sees her election to the National Academy as a way to highlight health issues and disparities that impact Oklahomans. She hopes it will also improve our state’s health, particularly in autoimmunity, which is “most severe in young women and women from underserved minority communities.” Ultimately, she’d like to see more representation in the National Academy from her home state, where she is currently the only active member.

“This award is for all of us who have been focused on this research mission, from students and staff to nurses, accountants, cleaning staff, and faculty, but also to every patient who has been willing to participate in our work,” James says.

While she’s flattered by what she calls “an incredible recognition,” she admits that “it’s never easy to be the first anything.” If anyone should know, it’s James.

In Good Company
Voices: Jamaica Potts Szeliga
Ask Dr. McEver: Terms and Conditions
School’s Out
Nothing But Net
Renaissance Man
How Long Can We Live?