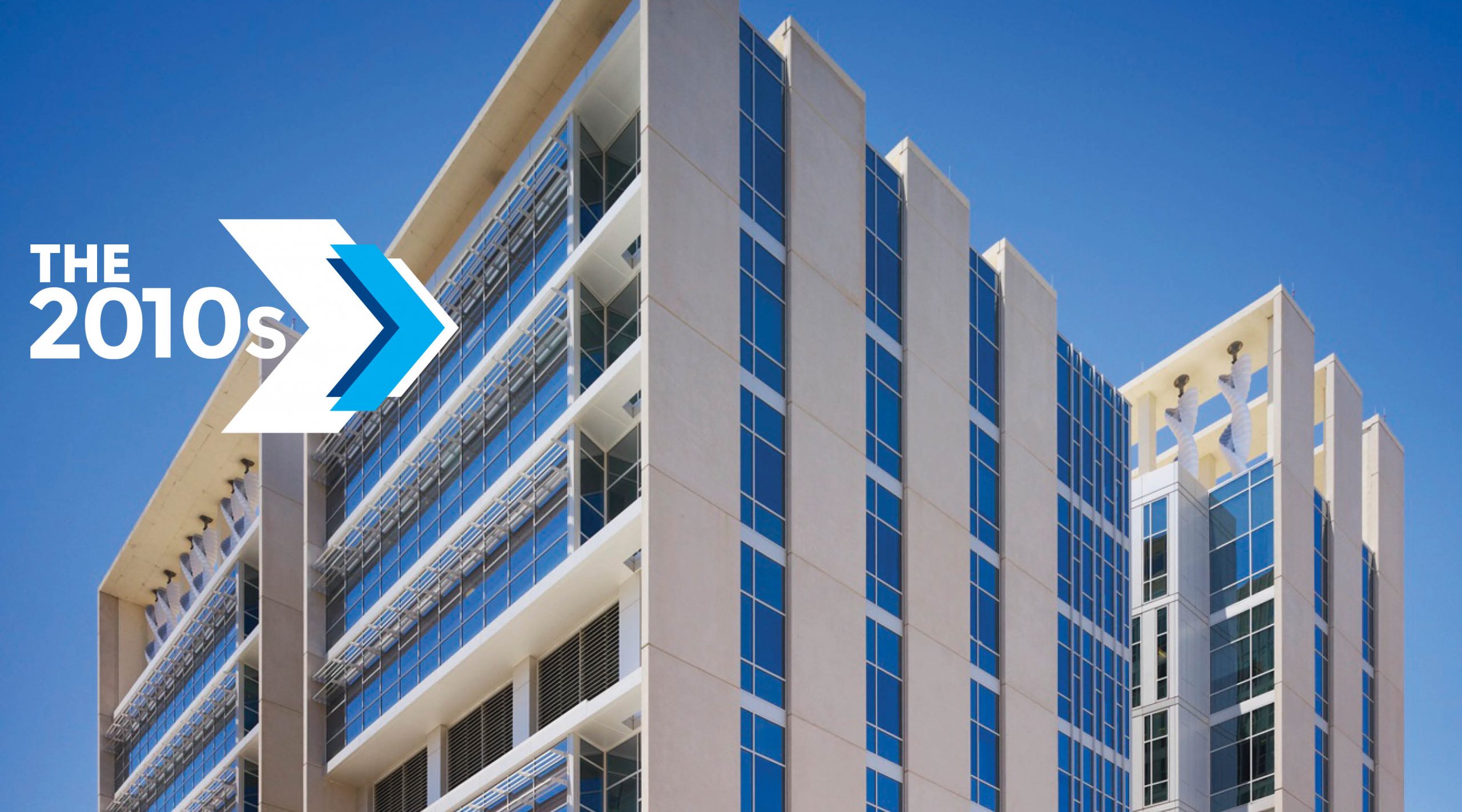 Home - Findings - Research on the Rise

In 2011, OMRF completed the largest campus expansion in the foundation’s history. With the construction of a new research tower, OMRF added 186,000 square feet of research and clinical space to its research campus. 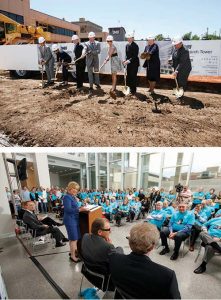 Funded through a combination of private gifts and state and federal grants, the facility houses dozens of laboratories, an imaging and microscopy suite, the Samuel Roberts Noble Cardiovascular Institute, and the OMRF Multiple Sclerosis Center of Excellence. “This tower represents a perfect example of the innovation and determination of the brightest minds in our state, pulling together to produce great results and major dividends,” said then-U.S. Rep. James Lankford, who, along with Gov. Mary Fallin, spoke at the dedication.

Most importantly, the building served as the centerpiece for building OMRF’s research and clinical operations. As part of the expansion, OMRF recruited more than two dozen new scientists to the foundation, with many establishing their labs in the tower. In the MS Center, physicians now care for more than 2,000 patients, who also participate in clinical trials and research projects that contribute to a deeper understanding of multiple sclerosis.

The decade also saw OMRF discoveries continue to make their way into hospitals and clinics. In 2010, physicians across the U.S. began using Vectra DA, an OMRF-based disease management test for rheumatoid arthritis patients. And in 2019, the FDA approved Adakveo as the first treatment for the pain crises that strike patients with sickle cell disease. The drug is based on discoveries made by OMRF’s Dr. Rod McEver. “We know this drug can decrease the frequency of sickle cell pain crises in a significant and clinically meaningful way,” said the physician who led the drug’s clinical trials. “This is an important advancement for people living with this very difficult condition.”

‘Their suffering is extreme’

“It’s enormously satisfying to know you’ve developed a drug that helps patients. As a researcher, you just try to do good science and look for how what you learn might be applied to human disease.

Sickle cell is a terrible disease. I’ve treated sickle cell patients, and their suffering is extreme. They have a lot of disability. Their pain is horrible. Their ability to function is significantly impaired. And there’s stigma for a lot of patients, even among health care people. ‘Do you really need more pain meds?’

But the disease is real. The organ damage is real. The pain is real. If this drug can have a significant reduction in pain and disability, that would be a major step forward.”