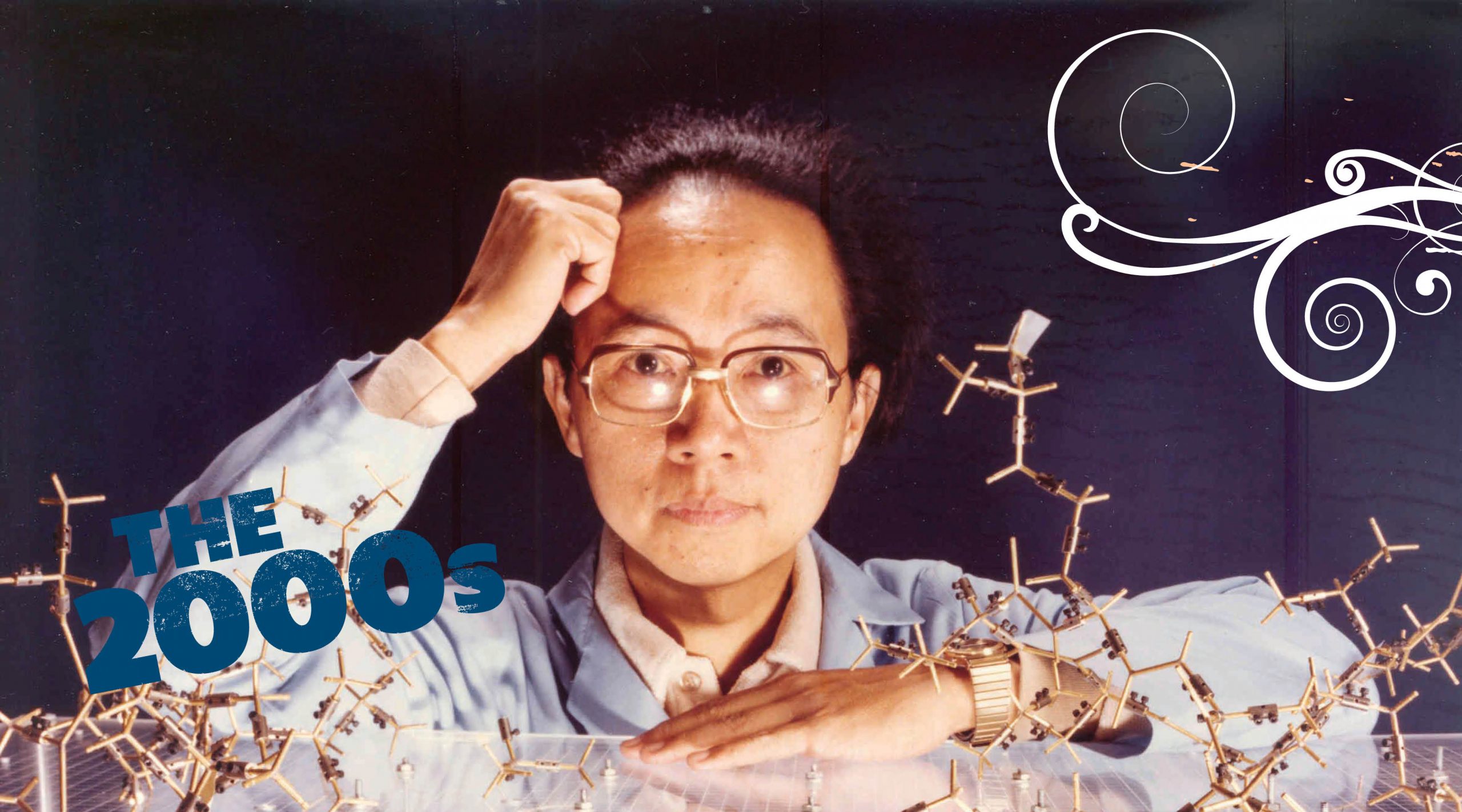 The new millennium began with a bang at OMRF, as Dr. Jordan Tang, above, and his research team identified and cloned the enzyme believed to cause Alzheimer’s disease. Soon after, the OMRF scientists designed an inhibitor that stopped the enzyme in its tracks.

The discoveries led to the development of an experimental drug acquired by the Japanese pharmaceutical giant Astellas. Although the company ultimately halted human trials due to safety concerns, Tang’s work helped deepen researchers’ understanding of the deadly, memory-robbing disease. “The job of scientists is to make discoveries and publish those findings,” he said. “We’ve done that. We’ve done our job.”

Meanwhile, Drs. John Harley, Judith James and Hal Scofield discovered that most patients who develop lupus actually display certain proteins in the blood – known as autoantibodies – years before manifesting clinical symptoms. Published in 2003 in The New England Journal of Medicine, the work “made a very big splash in the lupus world,” said the director of the division of rheumatology at New York University. The idea that a blood test could act as a sort of crystal ball for disease, she said, “was quite powerful.” In the years since, as a signal of the work’s influence in the field, the paper has been cited more than 1,000 times.

The 2000s also saw the rise of a new grant called a COBRE (Center of Biomedical Research Excellence) at OMRF. Dr. J. Donald Capra, who succeeded Dr. William Thurman as OMRF’s president, worked closely with U.S. congressional leaders to shape the National Institutes of Health initiative, designed to strengthen biomedical research in states without the infrastructure and resources of traditional scientific powerhouses such as Massachusetts and California.

“This is yet another important step in the emergence of Oklahoma as a center of biomedical excellence,” said Capra following the award of OMRF’s second COBRE (and Oklahoma’s third) in 2003. “Five years ago, this state had never seen a $10 million NIH grant. And now we have three.”

Under Dr. Stephen Prescott, who succeeded Capra as president in 2006, that record of success would continue. OMRF recently secured its fifth COBRE, with collective funding from those grants totaling more than $100 million. The funds have helped launch the career of more than two dozen principal scientists at OMRF.

‘I did not come here to be a caretaker’

“I have absolutely no interest in doing the same job I’ve done before. I did not come here to be a caretaker of an outstanding organization. I came to OMRF because I saw an organization that could make a difference in people’s lives, in human health.

To keep pace, we need to add new investigators. We need to expand our laboratories. And we need to build our strength in traditional research, taking fundamental discoveries and converting them into something practical that can help people.”