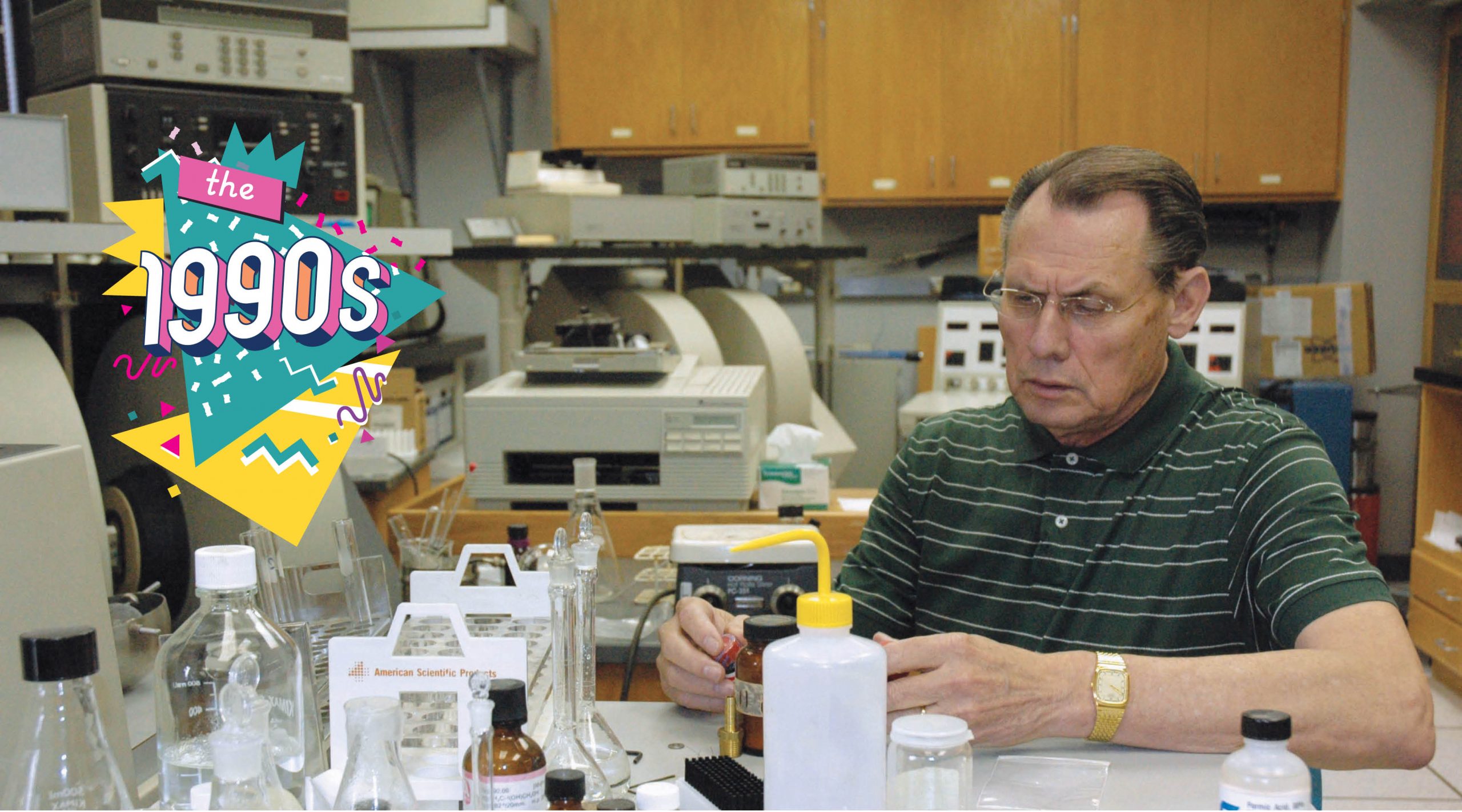 A patent provides its owner with an exclusive right to a new invention. And beginning in the 1990s, the U.S. Patent and Trademark Office granted a multitude to OMRF, sometimes more than a dozen in a single year.

Only a decade earlier did Congress give OMRF and others the right to patent inventions that stemmed from federally funded research grants. But unlike many institutions, OMRF quickly recognized the potential for technology transfer, the process for patenting and licensing discoveries to commercial partners. As a result, three patents granted to OMRF in the early 1990s would go on to become FDA-approved drugs.

The first was Xigris, a treatment for severe sepsis developed by Drs. Charles Esmon and Fletcher Taylor. Although Eli Lilly and Company ultimately removed the drug from the market a decade after its approval, it remains the only treatment ever green-lit by the Food and Drug Administration for the leading killer in America’s intensive care units. “For people where nothing else that you were doing was working, that is the one thing I could say turned the corner for them,” said a critical care specialist who used the drug to treat patients with sepsis, which kills one-third of those who develop the blood infection. “I’m absolutely certain it made a difference.”

Esmon’s work at OMRF also gave birth to Ceprotin, which treats children and adults with a life-threatening protein deficiency in their blood. The drug would also break ground as the first ever approved under the European Union’s centralized licensing procedure.

Finally, the research of Drs. Peter Sims and Therese Wiedmer created Soliris, which became the first and only treatment for a rare and potentially fatal blood disorder known as PNH. “Soliris didn’t just save my life — it gave me back the energy to live it,” said Sandy Roark, a patient with PNH from Shawnee. “I’m a new person.” Recently, the drug was also approved for the treatment of neuromyelitis optica, a rare, debilitating cousin of multiple sclerosis.

However, not all of OMRF’s life-changing discoveries from the 1990s came from patented work. Dr. Jordan Tang’s insights provided pharmaceutical companies with a key element in overcoming drug resistance in treatments for HIV/AIDS. Thanks in no small part to Tang’s contributions, drugmakers developed powerful protease inhibitors that transformed the therapeutic landscape for patients. When taken in combination with other antiretroviral drugs, protease inhibitors have added decades to the lives of people with HIV/AIDS, decreasing viral loads to undetectable levels and allowing patients to effectively manage and live with the disease.

“Naomi and I had already been collecting cow blood for our experiments in the slaughterhouses when we were in St. Louis, and the stockyards were one of the reasons we decided to come to Oklahoma City.

Once we got here, we made an arrangement with Wilson Meats. We’d collect about 100 gallons of blood from their slaughterhouse every two weeks. You hold a bucket under the cows when they’re being euthanized. Then you put anticoagulant in the bucket and stir it with your hand. You’d look like Dracula if it clotted on your fingers.

We were collecting blood in 10-gallon cans, and we had to haul them out of there. We carried them up the steps from the kill floor. They wouldn’t let us park where the employees were, so we had to walk a half-mile or so.

Using that cow blood, we figured out how to purify protein C. And that ultimately led to the development of two drugs: Xigris and Ceprotin.”

A Treasure Trove for Lupus Research

In 1995, in the research program built by Dr. Morris Reichlin, OMRF established the Lupus Family Registry and Repository to collect and share data and information from families where more than one member has lupus. And beginning in 1999, the project focused on identifying the genes responsible for lupus in African Americans. Now part of the Oklahoma Rheumatic Disease Research Cores Center, the repository contains biological samples from thousands of patients with lupus. Scientists around the world have used the repository to produce hundreds of peer-reviewed studies, which have improved understanding and treatment of the chronic autoimmune illness that primarily strikes women during their child-bearing years.