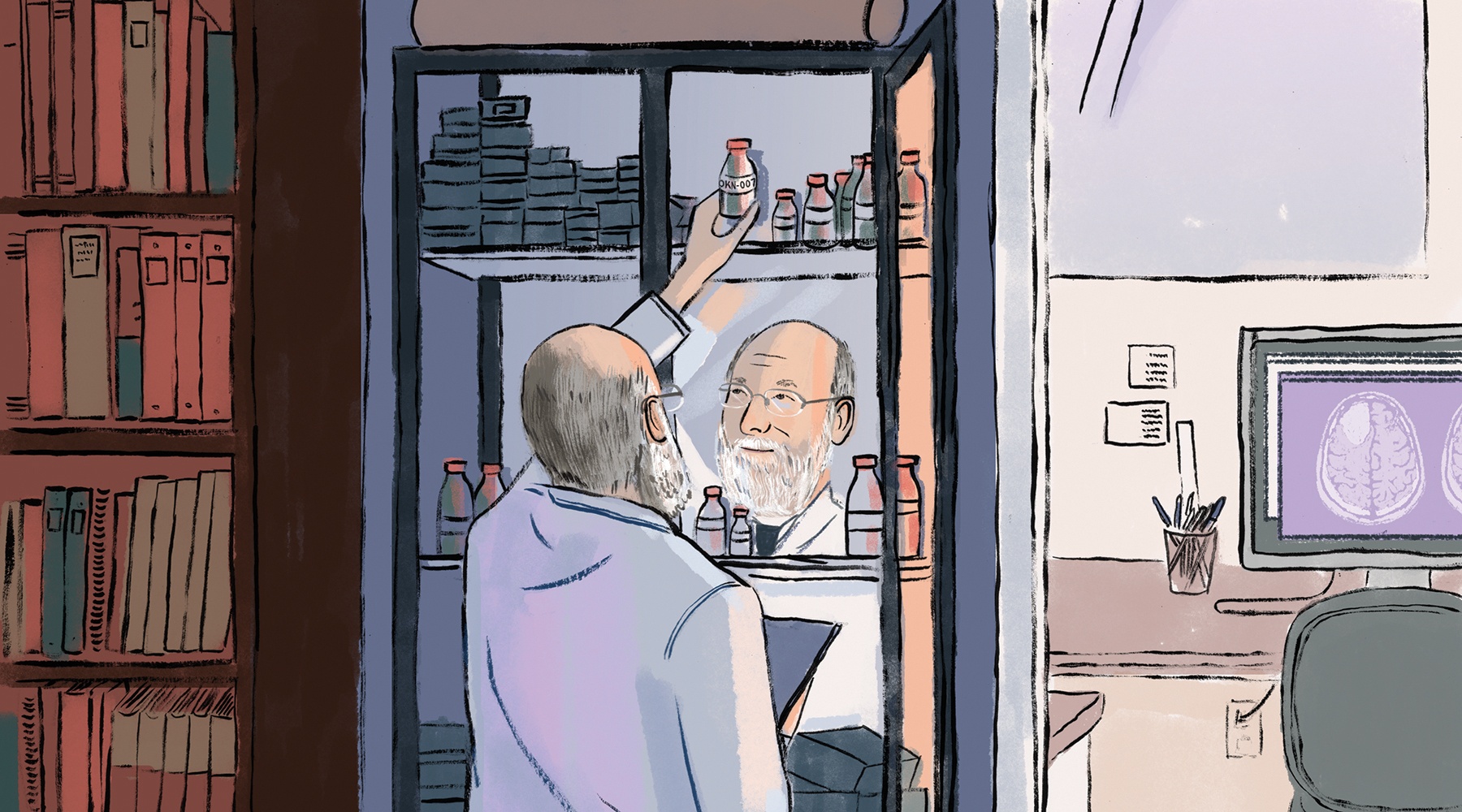 The road from laboratory discoveries to drugs to treat patients might more accurately be described as a treacherous mountain path. Many experiments that appear promising in a Petri dish don’t work in mice. And compounds that are safe and effective in rodents won’t necessarily prove out in people.

The U.S. drug industry’s trade organization, the Pharmaceutical Research and Manufacturers of America, estimates that for every 5,000 compounds that enter preclinical testing, only one makes it to hospitals or pharmacy shelves.

“More often than many scientists care to admit, researchers just have to give up when a drug is poorly absorbed, is unsafe, or simply doesn’t work,” says the U.S. Food and Drug Administration on its website. But on occasion, says the FDA, “compounds may be put aside because they failed to work on one disease, only to be taken off the shelf years later and found to work on another.”

Originally discovered by OMRF’s Dr. Robert Floyd, the drug progressed to the final stages of human clinical trials as a treatment for stroke. But when a large-scale study failed to show efficacy, the pharmaceutical company that had acquired the drug abandoned it.

Floyd and fellow OMRF researcher Dr. Rheal Towner still believed the investigational drug held potential for treating other conditions. A series of experiments by Towner in mice and rats found that OKN-007 shrunk a deadly form of brain cancer known as a glioblastoma by 90%. “We were amazed,” says Towner.

During the previous clinical trial, the drug had shown no safety issues. Despite the lack of a pharmaceutical partner, OMRF decided to initiate a new trial, this time in glioblastoma patients. “With an average survival of only 12 to 18 months from diagnosis, there’s a profound need for new therapies,” says OMRF President Dr. Stephen Prescott.

The trial enrolled patients at the OU Health Stephenson Cancer Center. When preliminary results reinforced the safety of OKN-007 and offered promising signals that it could control glioblastoma, biotechnology company Oblato acquired all rights to the drug. The company is now testing OKN-007 in a Phase 2 clinical study of 56 patients with recurrent glioblastomas, administering the drug in combination with another medication, temozolomide, at eight sites across the U.S.

This past summer, the FDA awarded OKN-007 a pair of designations providing for special status and priority review of regulatory applications for new therapies for rare pediatric or “orphan” diseases, conditions that affect limited patient populations. On the heels of this news, Oblato announced plans to kick off another trial, this time in children with a cousin of glioblastoma known as DIPG. “Enthusiasm for OKN-007 is very high,” says Towner.

While results are far from assured, OKN-007 has already beaten long odds to get this far. For a drug that not so long ago looked like its odyssey had come to an end, that kind of resilience bodes well.