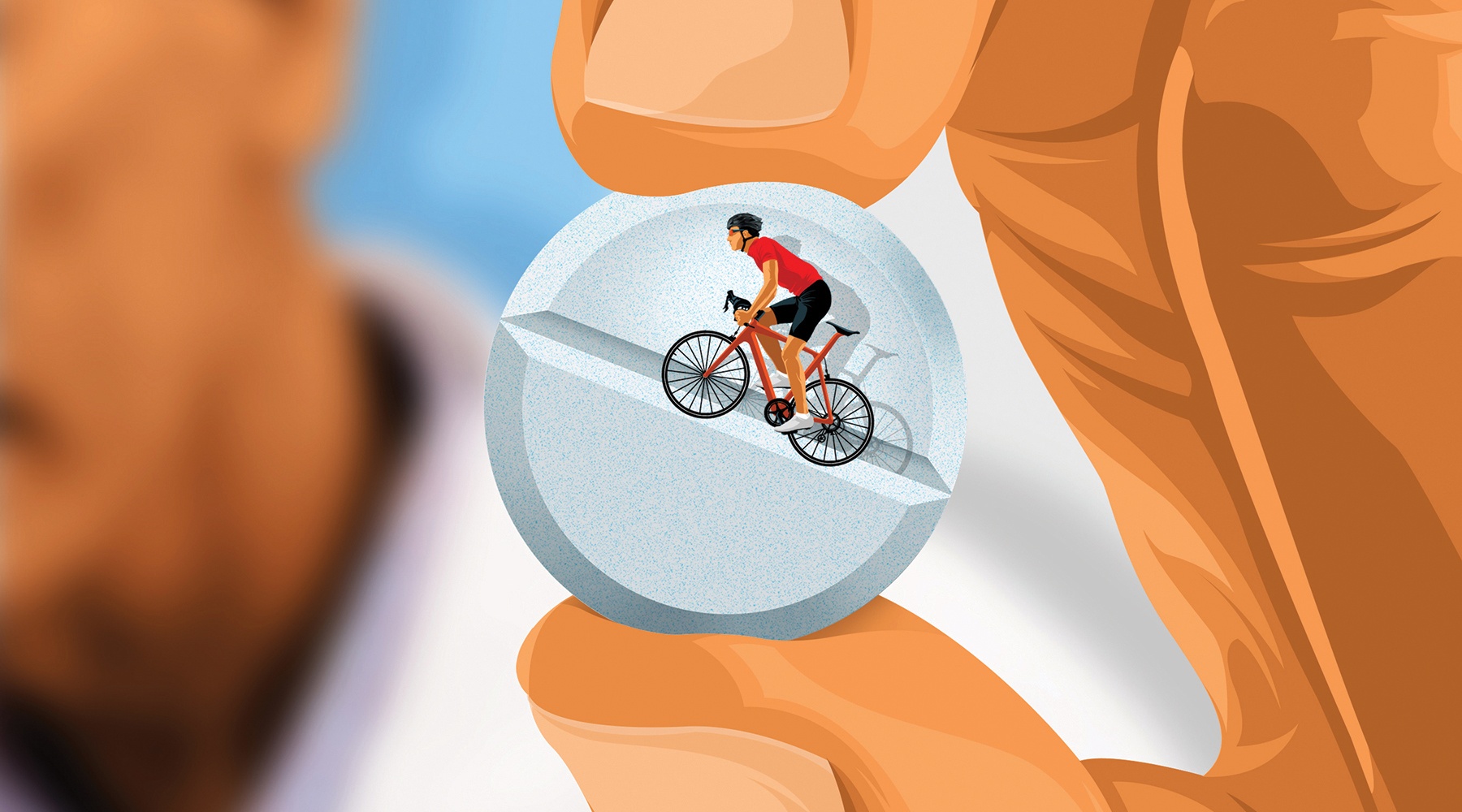 2020 had many downsides. But for Dr. Benjamin Miller, a year devoid of social engagements and work-related travel brought an unexpected gift: more time on his bike.

A former elite amateur cyclist, Miller gets up before dawn most mornings to ride. He estimates he spends 10 to 15 hours cycling in a typical week, which he likes to cap off on Saturdays or Sundays with a race or extended group ride.

When the pandemic put an end to anything but solo fitness activities, the OMRF researcher decided to make the best of the situation. “My miles went up a bit,” he says with characteristic modesty. That extra time in the saddle, totaling up to six or seven hours some days, helped him build already exceptional endurance to eye-popping levels. As a result, he’s planning several cycling challenges for 2021, including a 24-hour solo mountain bike ride.

Miller recognizes that spending a day and a night pedaling nonstop isn’t everybody’s idea of fun. Likewise, “Even though we’ve long known that exercise slows the aging process, we also know there’s a large portion of the population who are not going to exercise,” he says. “So, we have to come up with some alternatives.”

In his lab at OMRF, Miller is looking to do just that.

Recently, his work has centered on metformin, the world’s most prescribed diabetes drug. Experiments suggest that in addition to reducing blood sugar, it can cut inflammation and produce other beneficial cellular changes.

This past year, Miller began a clinical trial to examine how metformin could impact the aging process in healthy but sedentary adults. In particular, he’s looking at changes in their skeletal muscles and levels of insulin sensitivity, which measures the body’s ability to process nutrients circulating in the bloodstream.

In an earlier study, which garnered a story in The New York Times, Miller found metformin blunted some benefits of exercise in older adults who were at risk for diabetes. Still, the results suggested the drug might help counter the effects of aging in less active people.

With Covid-19 precautions in place, Miller’s current trial is enrolling healthy adults ages 40 to 75. Using a variety of tests, including a bone density scan and muscle biopsy, he’ll analyze cellular changes over a 12-week period.

“The ultimate goal is not to find a fountain of youth,” says Dr. Holly Van Remmen, who heads OMRF’s Aging & Metabolism Research Program and recruited Miller to the foundation from Colorado State University in 2018. “It’s to keep people functional and prevent decline for as long as possible, so that our healthspans match our lifespans.”