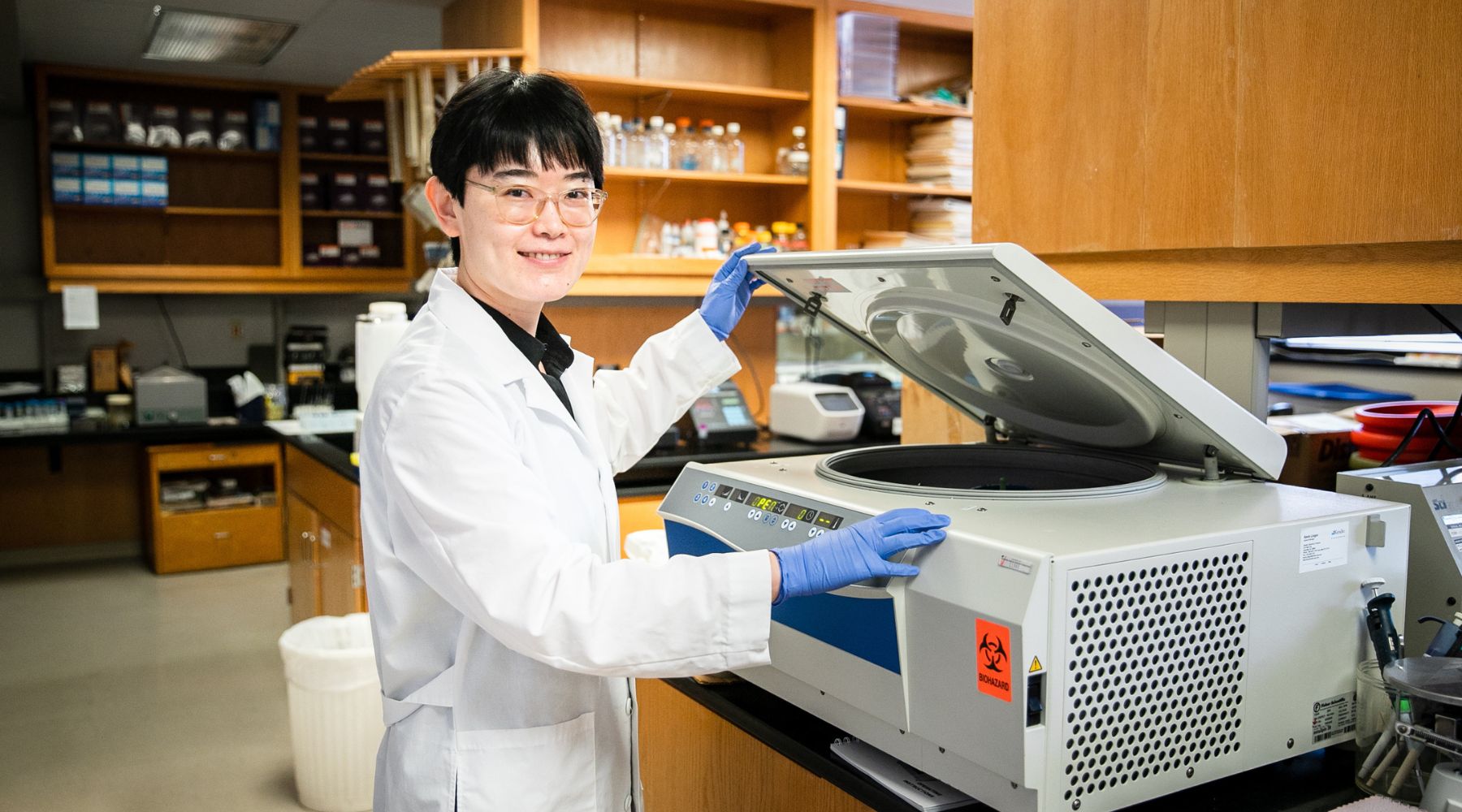 The National Institutes of Health has awarded an Oklahoma Medical Research Foundation scientist $2.1 million to better understand the metabolism of T cells, a critical component of our immune system.

With the five-year grant, OMRF scientist Meng Zhao, Ph.D., will study the role mitochondria — the driver for energy and metabolism in cells — plays in T cells, one of the white blood cells of the immune system.

T cells have several functions, but primarily they guard against infection and are thought to help fight cancer.

“T cells are supposed to protect us, but sometimes they go rogue,” said Zhao, who joined OMRF’s Arthritis and Clinical Immunology Research Program in 2020 from the La Jolla Institute for Immunology. “For someone with autoimmune disease, T cells are a troublemaker. They recognize something that normally is harmless and attack it.”

Despite decades of study on T cells, research into their metabolism is relatively new, Zhao said. Recent investigations have suggested T cells’ mitochondria may have important functions beyond producing energy.

“There’s still a lot we don’t know about our immune system,” she said. “The more we understand the inner workings, including the specific roles of the mitochondria, the better we can design targeted medications.”

The grant is Zhao’s first independent funding from the NIH. It was awarded under a program for promising scientists still early in their careers, known as the Maximizing Investigators’ Research Award, or MIRA. The competitive federal program offers long-term support, the flexibility to pursue new research directions and favors bold, risk-taking science.

The grant, 1R35GM147713-01, is funded by the National Institute of General Medical Sciences, part of the NIH.