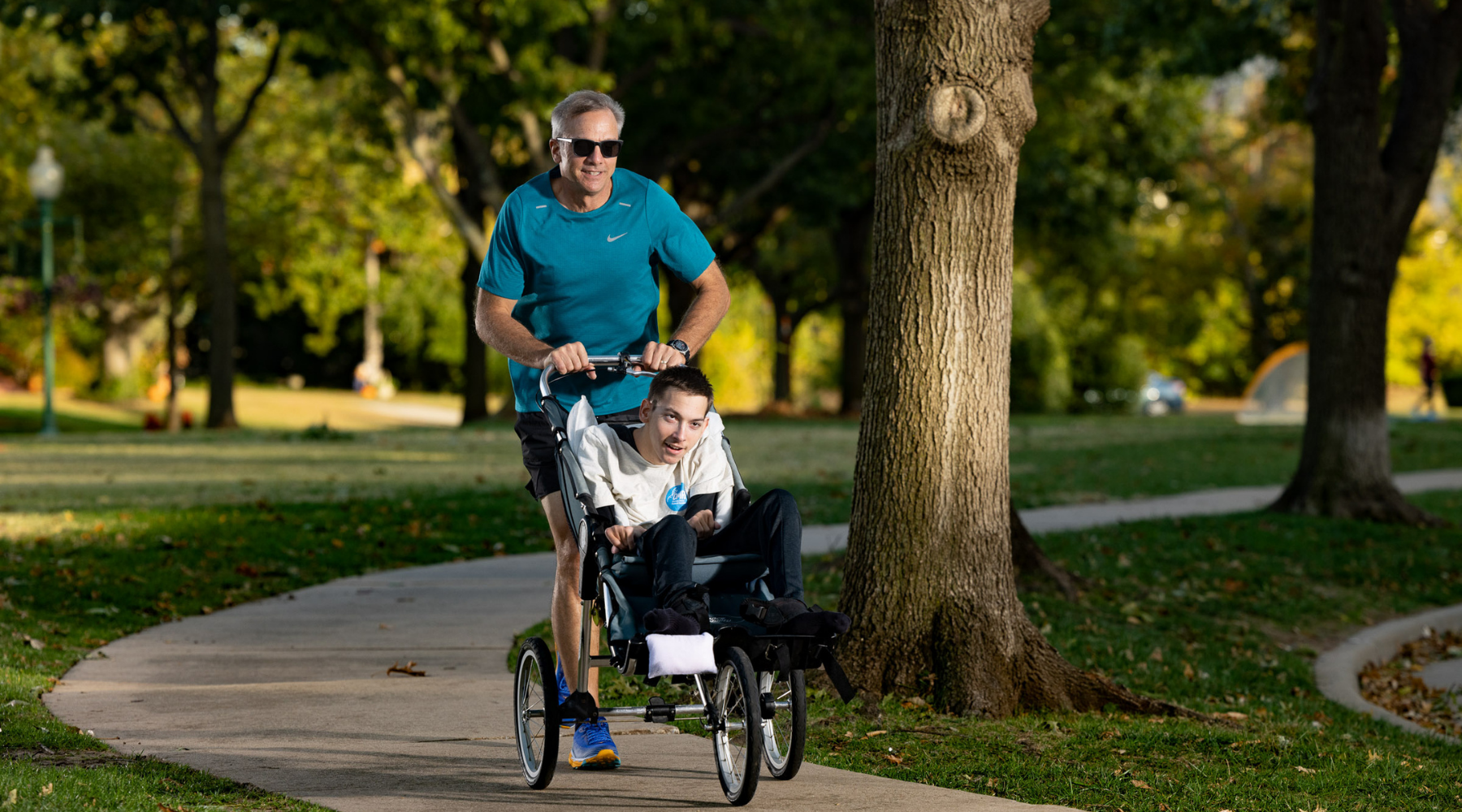 But a few months into his life, Sam started crying. This wasn’t just typical infant mewling, though. He wailed inconsolably and without pause.

Eventually, my wife, Amy, and I noticed that his eyes weren’t following light or focusing on objects. Sam’s doctors at first suspected blindness. But an MRI followed by a battery of other tests eventually led to a devastating diagnosis: Sam had been born with a rare genetic disease known as a leukodystrophy.

In leukodystrophy, the fatty insulation that covers nerve fibers fails to develop properly. Without that protective layer, leukodystrophy patients have decreased motor function, muscle rigidity and eventual deterioration of sight and hearing.

The disease is fatal, with no cure and extremely limited treatment options. In essence, Sam’s doctors told us to enjoy our time with our son, as he likely wouldn’t live beyond the age of 2.

As a medical researcher, I have a deeper understanding of the functioning of the human body than most. Still, that ability to grasp Sam’s condition hardly prepared me for the prospect of losing him so soon.

Although a 2012 study estimated that leukodystrophies affect only about 12 in every 1 million American children, our family has considerably more company when it comes to dealing with a rare illness. In the U.S., a disease is considered rare if it affects fewer than 200,000 Americans. According to the National Institutes of Health, there may be as many 7,000 illnesses that meet that definition. Altogether, the NIH estimates these conditions affect between 25 and 30 million Americans.

In other words, while individual diseases may be rare, people living with rare diseases are anything but.

That’s one of the reasons why scientists at the Oklahoma Medical Research Foundation study these conditions. Often, researchers didn’t set out to focus on a particular rare disease. Rather, they used their expertise to zero in on a certain biological phenomenon – say, a change in one specific gene – and then followed the research where it took them.

For OMRF’s Drs. Patrick Gaffney and Lijun Xia, that’s precisely what happened. When a pediatric geneticist at OU Health brought them the case of Sydney Rutz, a then-6-year-old from Yukon who had growth deficiencies, skeletal anomalies and cataracts, the pair spent three years studying her case. Ultimately, they identified a previously unknown genetic mutation at the root of her condition, and Dr. Xia is now pursuing potential therapies that could treat children with this rare disorder.

For sickle cell disease, an illness that affects an estimated 100,000 Americans, OMRF’s Dr. Rod McEver succeeded in creating just such a therapy. His research led to Adakveo, the first FDA-approved treatment for the pain crises that strike people with sickle cell disease.

But research and new treatments take time. For Sam, we knew the chances of a novel therapy were slim. So, we decided to be the best parents we could during his lifetime, however long it might last.

Today, against all odds, Sam has grown up. He may not be able to walk or talk, but he communicates with us in myriad ways, with each dart of his eye, with each movement of his head. And especially with his smile, which he shares with us generously and often.

The world recognizes people like Sam on Feb. 28, National Rare Disease Day. Still, it’s crucial that we think about those living with rare diseases the other 364 days of the year, too. They enrich our world and our lives in uncountable ways. They are our family, our friends, our loved ones.

Medical research always excited me. But when Sam was born, it transformed an intellectual pursuit into something deeper, more meaningful. Even now, he keeps me pushing ahead. Because what we learn in the lab today may one day help the next generation of Sams.

Dr. Andrew Weyrich is president of the Oklahoma Medical Research Foundation. He can be reached at contact@omrf.org. Get On Your Health delivered to your inbox — sign up here.