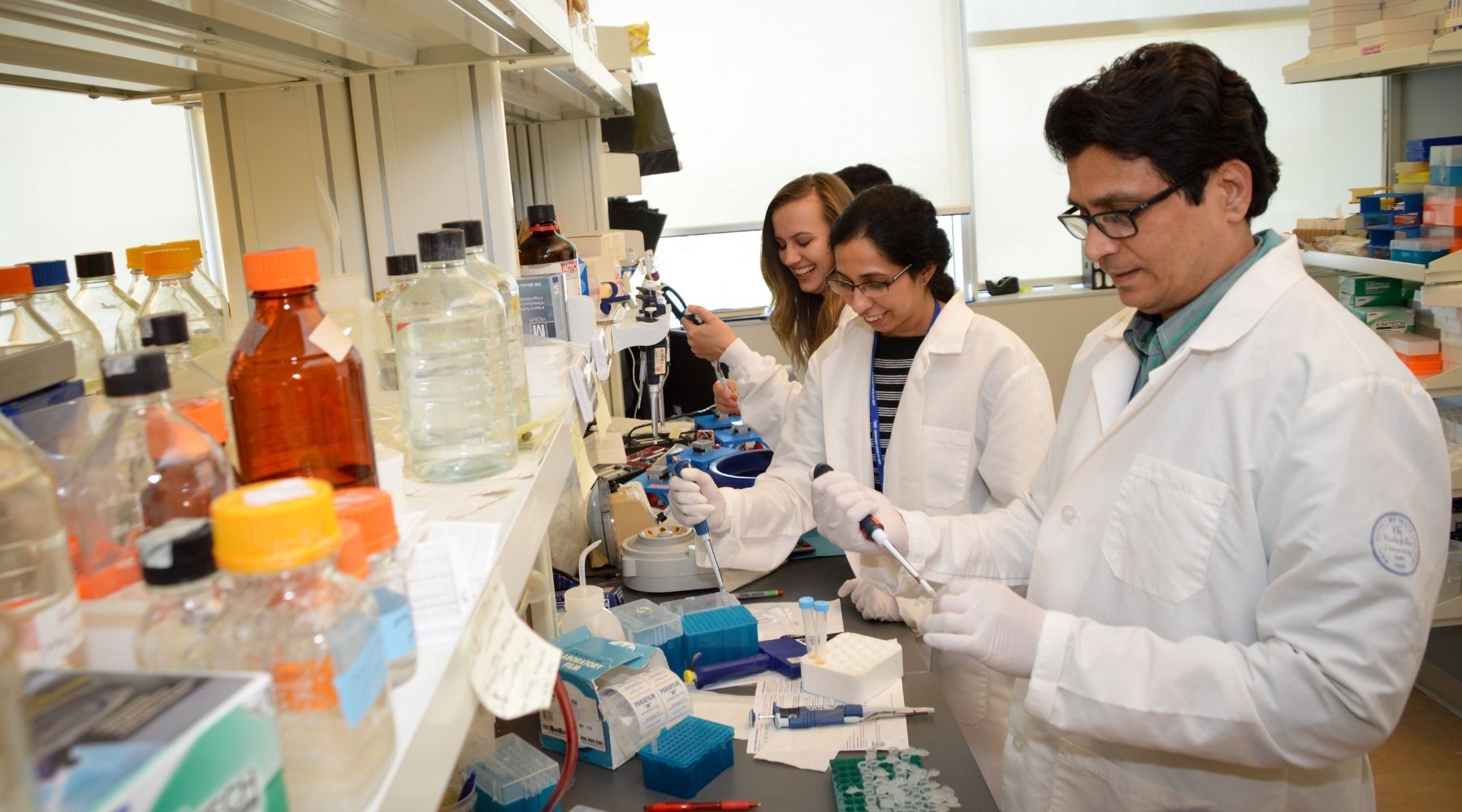 Home - On Your Health - What makes OMRF special

Have you ever had to give a toast for a sibling or a dear friend at a wedding? Or perhaps you’ve had the sad experience of writing an obituary for a loved one.

If you’ve done either, you know how language can come up short when you’re trying to convey the unique qualities of a person who’s near and dear to you. The stock descriptors – funny, talented, compassionate, smart – all bubble immediately to the surface. But when you’re painting a picture of someone, even if true, those one-size-fits-all words fall flat.

If you spend so much time close to a person, it’s difficult to remember what, precisely, first drew you to them or kept you attached. You have so much shared experience that no defining moment shines through. 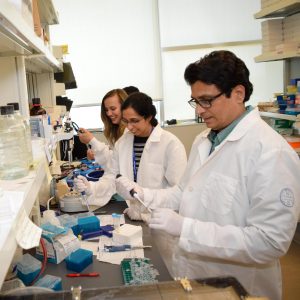 Often, you’re left less with a distinct impression of them than you are with a collection of generic adjectives and a kind of reflected emotion: how that person made you feel. As in happy. Loved. Respected.

So, when you’re asked to describe this person, you’re the victim of a sort of irony. You know them too well to do them justice.

This is the conundrum I found myself in on Monday morning. Except instead of a person, I was introducing the Oklahoma Medical Research Foundation.

Over the past three months, a committee appointed by OMRF’s board of directors has led a search for a new president. Happily, we’ve received many strong applications, and from those, the search committee has narrowed the field to two finalists. The first came to visit OMRF and Oklahoma this past week.

Along with the chair of our board and our vice president of research, I was tasked with introducing him to OMRF. I’ve spent the past 19 years of my life here. I know that OMRF is special. But how do I convey that to someone who’s spent a career as a medical researcher and administrator?

Well, I figured, start at the beginning. Because OMRF’s origin story sets us apart from our peers.

Most independent research institutes were born of the generosity of a single donor. Take, for example, Scripps Research in La Jolla, California, the Stowers Institute for Medical Research in Kansas City, Missouri, and even Oklahoma’s very own Noble Research Institute. Each came about from a major gift by a lone benefactor.

OMRF, though, is the product of a statewide grassroots movement. At the close of World War II, a group of Oklahoma’s leading citizens came together to vanquish an enemy that persisted: disease. In 1946, they formed a foundation that would be, as an early fundraising brochure explained, “not a charity, not a philanthropy, but Oklahoma’s greatest gift to ourselves and humanity.”

The legislature provided a site for OMRF, unanimously granting it a parcel of land on Northeast 13th Street in Oklahoma City. Statewide awareness and fundraising campaigns followed.

These efforts, along with the accompanying publicity, laid the groundwork for a series of fundraising campaigns, with separate initiatives targeted at doctors, nurses and other health care professionals. Meanwhile, to muster support from the general public, a committee divided the state into 25 districts, appointing a local captain for each. They also received help from national celebrities like Oklahoma native Sherman Billingsley, who owned New York’s famed Stork Club; Walter Winchell, the leading radio commentator of his day; and World War II hero and movie star Audie Murphy.

All told, the campaigns generated gifts from 7,500 Oklahomans. With donations that ranged from 30 cents to $26,000, the effort raised more than $2 million. In 1949, with the bold promise “That more may live longer,” construction of the foundation began.

“This is one of the finest things we of Oklahoma have ever attempted,” said Grace Marlow of Shawnee, who, along with her husband, donated in memory of their late son. “Such a wonderful movement cannot fail.”

Of course, that movement did not fail. OMRF opened its doors a year later. And in the ensuing seven decades, our scientists have consistently made discoveries that have improved the lives of patients and people everywhere.

That emphasis on translating laboratory insight into clinical advances is another factor that distinguishes OMRF. At this moment, three life-changing drugs born in OMRF’s labs are available in hospitals and clinics worldwide. Few of our peers can claim a similar track record. Three drugs may not sound like a lot, but with only 50 or so new drugs approved each year by the U.S. Food and Drug Administration, our scientists are punching far above their weight class. Indeed, this kind of track record for “translational” discoveries – which also includes a disease management test for rheumatoid arthritis available in clinics worldwide – puts us on par with many major academic medical centers. But with only 450 employees, we’re only a fraction of their size.

I shared all this, and more, on Monday morning. I hope our presidential candidate found it as exciting as I do. Because, like the hundreds of thousands of other Oklahomans who have given to OMRF since its birth 75 years ago, I know that OMRF is one-of-a-kind. As a donor, I take pride in every innovation that comes from our labs and clinics. And I can’t wait to see what the future will bring.