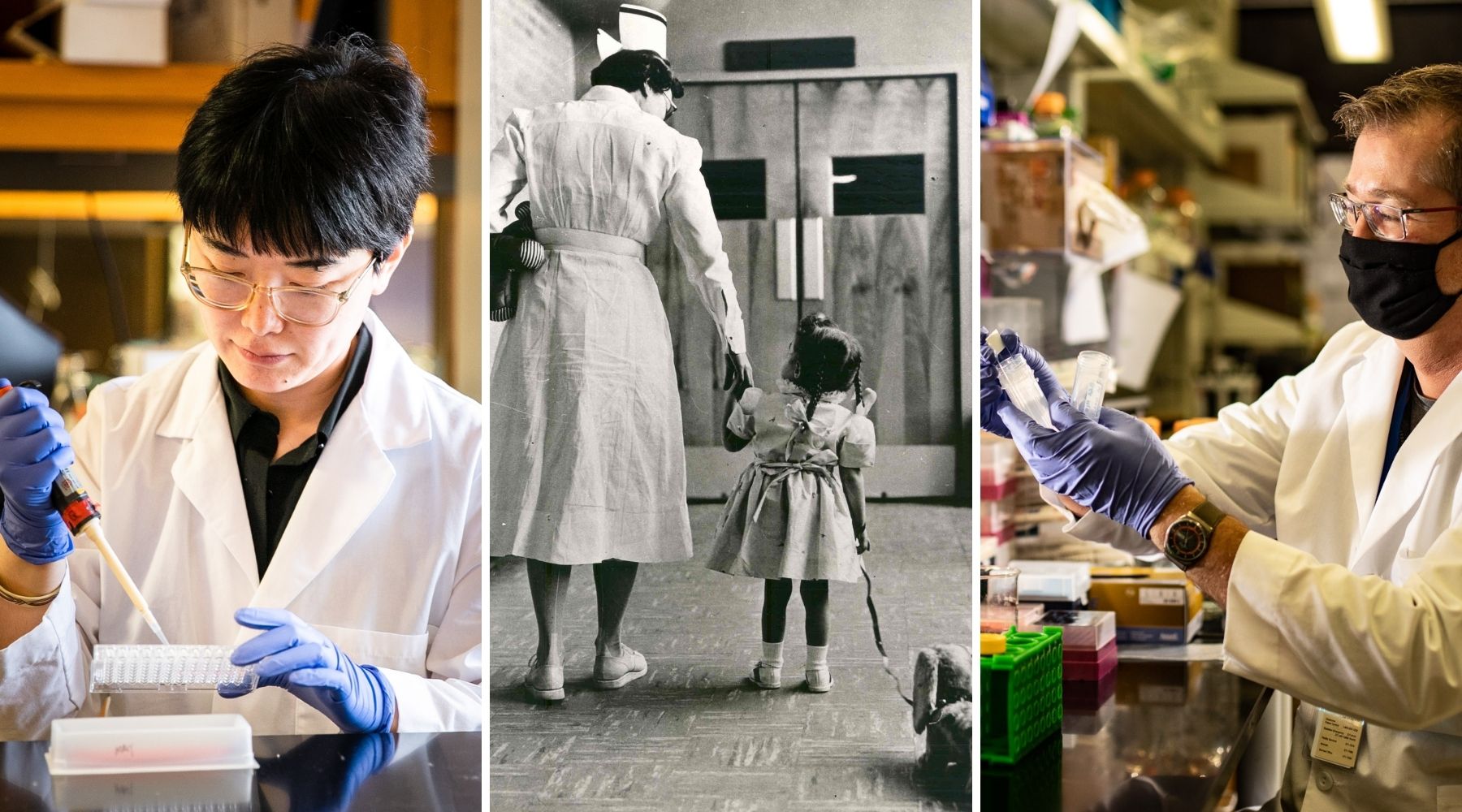 In 1946, a polio vaccine was still years away. DNA was just a group of letters. And no one had any idea cigarettes caused cancer.

But in Oklahoma, a group of citizens recognized that it wasn’t enough for physicians to work each day to treat illnesses like tuberculosis, heart disease and cancer. To make real headway against disease, medicine had to do more.

So, they created an institute where scientists could devote their entire careers to rooting out the causes of human disease: the Oklahoma Medical Research Foundation.

Saturday marks OMRF’s 75th anniversary. On Aug. 28, 1946, Oklahoma’s Secretary of State granted the charter of the new foundation that would, in the words of an early fundraising brochure, conduct “scientific investigations in the field of medical research to attack killing and crippling diseases about which little is known by science.”

“Oklahoma is a young state, so we sometimes find ourselves playing catch-up,” said OMRF Interim President Adam Cohen. “But when it came to creating an independent research institute, we were on the cutting edge.”

To fund the construction of OMRF, which would become one of only a handful of independent biomedical research institutes at that time, Gov. Roy J. Turner led a drive that spanned all 77 of the state’s counties. The state’s physicians organized one fundraising campaign, and pharmacists, dentists and nurses followed suit with their own efforts. When Turner declared a statewide “Research Week,” organizers held 137 meetings in 42 cities and towns over seven days.

“This is one of the finest things we of Oklahoma ever have attempted,” said Grace Marlow of Shawnee in 1947, when she and her husband donated $26,000 to the new foundation in memory of their late son. “Such a wonderful movement cannot fail.”

All told, 7,500 Oklahomans gave more than $2 million to build the foundation. And what began as an 18-person scientific staff has since grown into an internationally recognized research institute.

OMRF scientists made crucial insights that paved the way for powerful protease inhibitors that transformed the therapeutic landscape for people with HIV/AIDS. The National Institutes of Health has designated OMRF an Autoimmunity Center of Excellence, one of only 10 in the country, for its work on conditions such as lupus, where OMRF researchers have played a role in identifying or confirming more than 60 genes involved in the disease.

OMRF has also taken on emerging challenges like the Covid-19 pandemic. It’s now serving as the lead clinical site for a nationwide clinical trial sponsored by the NIH to study why immunocompromised patients fail to respond adequately to Covid-19 vaccines.

“The goal of every medical researcher is to make discoveries that improve people’s lives,” said Rodger McEver, M.D., OMRF’s vice president of research. “OMRF scientists have done that, and they’re continuing to do so.”

OMRF’s founding donors could not have foreseen the advances their gift would make possible. Still, said McEver, “I hope they’d be proud.”