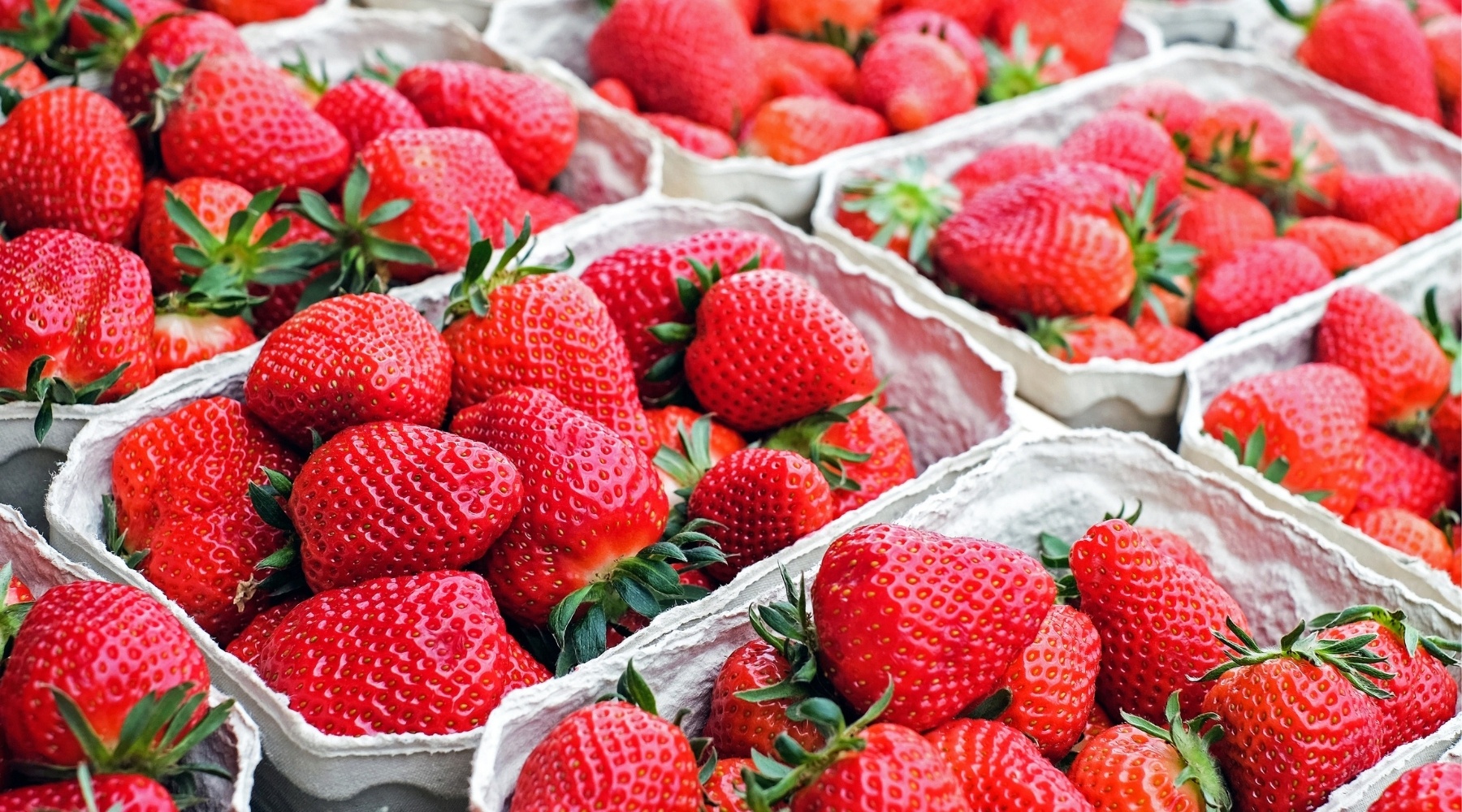 As little as 130 calories per day could make a significant impact on your cardiovascular health.

That’s approximately how many calories are in about 2.5 cups of strawberries. And it’s the amount a new study led by Oklahoma Medical Research Foundation physician-scientist Hal Scofield, M.D., found is needed to lessen our risk of heart disease, stroke and diabetes.

“This is the ideal health finding,” said Scofield, a physician and medical researcher in OMRF’s Arthritis and Clinical Immunology Research Program. “Strawberries don’t require a prescription, and they’re available year-round.”

Previous work in Scofield’s lab showed that strawberries could have a positive impact on health. But in the new study published in the journal Nutrients, researchers were surprised to find that such a reasonable amount of the berries could make a difference.

Scofield found that in people with obesity, the daily consumption of 32 grams of freeze-dried strawberry powder mixed with water (the equivalent of about 14 oz. of fresh strawberries) lowered participants’ blood glucose, improved good lipids and reduced LDL cholesterol, all factors for heart attack and stroke. Study participants also showed improved insulin resistance, an underlying cause of Type 2 diabetes.

But like the omega-3 fatty acids in fish, the researchers found the natural compounds in strawberries to be most beneficial when consumed as part of a whole.

“We know that eating fish has more health benefits than taking fish oil pills. This appears to be the same for strawberries,” said Scofield, noting that freeze-dried, powdered berries retain the nutrients of fresh berries. “We aren’t certain why, but it supports the idea that eating real, whole foods is important.”

Scofield’s lab has previously shown that strawberries are an effective anti-inflammatory measure to reduce pain associated with osteoarthritis, the leading cause of disability and joint replacements in adults in the U.S.

“The idea that strawberries have anti-inflammatory and heart-healthy compounds is not new, but applying the benefits directly to specific diseases is,” said Scofield. “The bottom line is to eat well. We’re supposed to eat five servings of fruits and veggies a day. This is just one more indicator that the benefits of that are real.”

Scientists at the University of Oklahoma Health Sciences Center, Oklahoma State University and the University of Nevada at Las Vegas contributed to the work. The research was supported by National Institutes of Health grant Nos. U54GM104938 and 5P20GM109025 and institutional funds from OUHSC and UNLV.