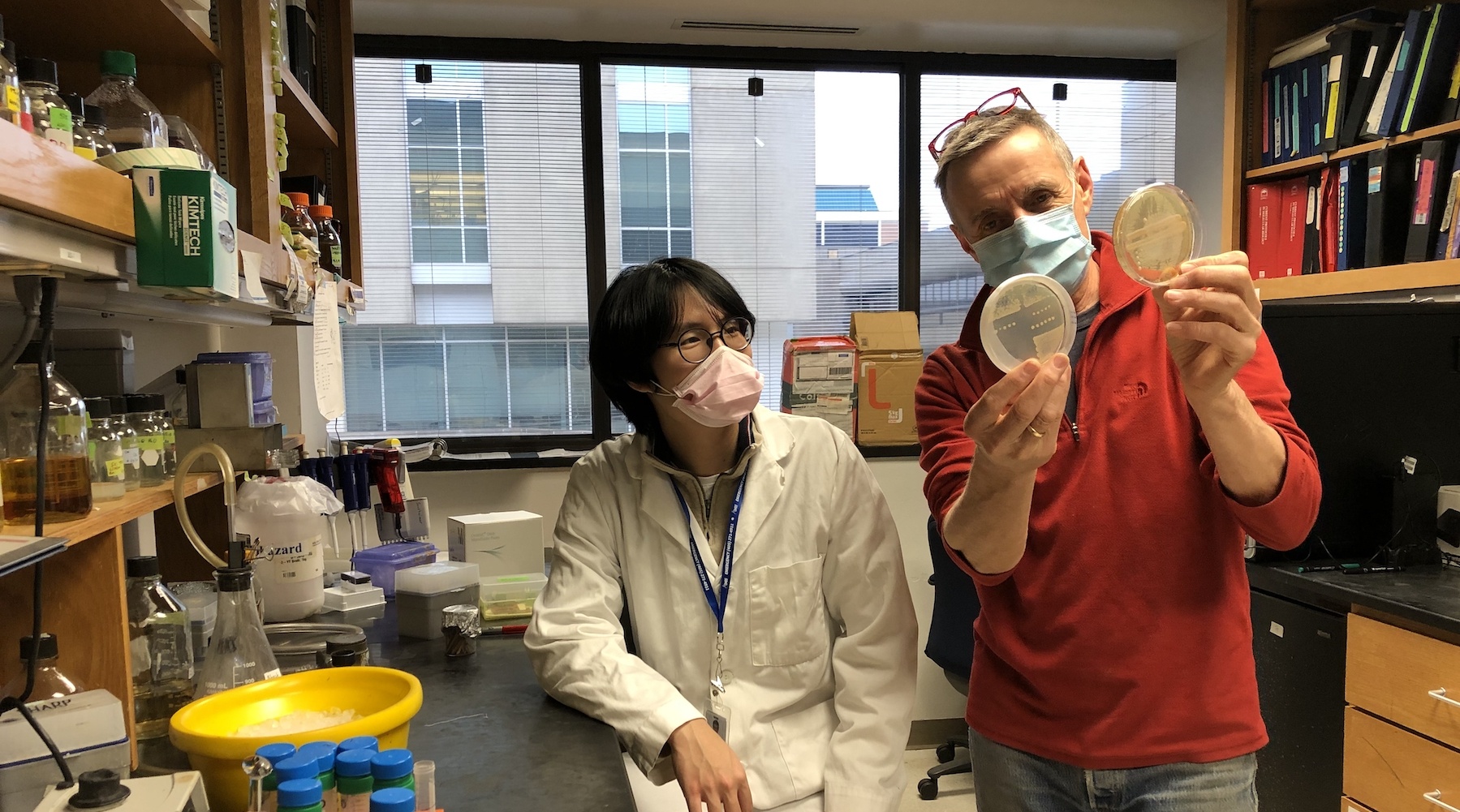 Kevin Nguyen’s eyes light up when he talks about studying genes.

But for the Oklahoma School of Science and Mathematics senior, it’s not just talk. Nguyen is getting hands-on experience studying a gene linked to cancer and birth defects under the mentorship of Oklahoma Medical Research Foundation scientist Dean Dawson, Ph.D.

Nguyen’s interest in STEM launched with an early aptitude for math. The son of immigrants who own small businesses in Oklahoma City, Nguyen said it was his father who first encouraged his development in high-level mathematics. But science came into sharp focus as a student at the Classen School of Advanced Studies and led him to OSSM, a two-year public high school for 11th and 12th-grade students.

“My freshman year at Classen, I took three science classes,” said Nguyen. “After taking those courses, I felt like ‘Yes, this is what I want to do.’”

At OSSM, seniors traditionally complete a yearlong mentorship under an expert in their field of interest. Nguyen applied to join Dawson’s lab as a junior and received a head start.

At OMRF, Nguyen is studying MPS1, a gene discovered by Dawson to be a “master regulator” of cell division. When cells divide correctly — a process set in motion by MPS1 — each new cell gets an exact copy of chromosomes. When the wrong number of chromosomes are copied, problems such as cancer and birth defects can arise.

“We’ve identified a collection of genes we think are involved in this process. Each student is assigned a gene, and they study how that gene affects the movement of chromosomes in the cell,” said Dawson. “This work will help us get in on the ground floor of understanding cancer cell formation at its earliest stage.”

Using the Nobel Prize-winning gene-editing tool CRISPR, Nguyen introduces mutations that deactivate his candidate gene and then uses imaging technologies to observe how the switching off the gene impacts the movement of chromosomes.

“I came in thinking, ‘I’m just a high school student,’” said Nguyen. “But the lab is really collaborative, and they’ve made me feel like a colleague.”

The research could pave the way for medications to target MPS1 in cancer treatment. That kind of lab experience, said Dawson, can also change the trajectory of a teen’s life.

“Students have contributed to building up our knowledge to this point for years and are included as authors on our publications,” said Dawson, who recently received a three-year, $735,000 National Science Foundation grant that supports the research project. “Many go on to their own careers in research science.”

A National Merit Finalist, Nguyen will attend Johns Hopkins University to study biomedical engineering in the fall. Medical school is in his sights, and someday, he said, perhaps a career as a physician-researcher in Oklahoma.

“My community, OSSM and OMRF have done a lot for me,” said Nguyen. “My path is to give back to my state as much as I can.”

Dawson’s grant, No. 2029286, is jointly funded by the Cellular Dynamics and Function cluster in the Division of Molecular and Cellular Biosciences and the Established Program to Stimulate Competitive Research, both a part of the NSF.