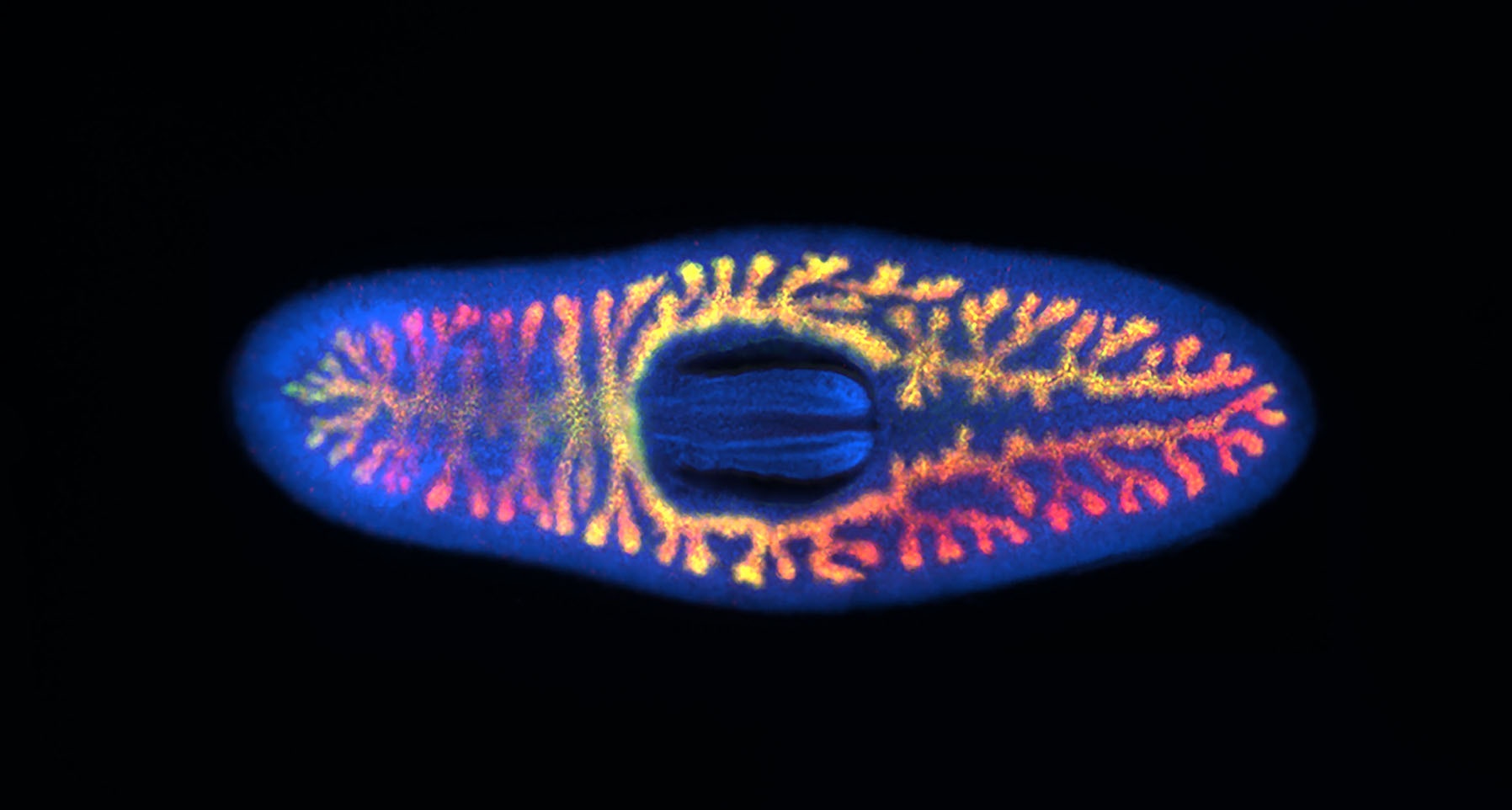 Scientists at OMRF are using unusual tools in a search to curb digestive system damage caused by conditions like acid reflux, inflammatory bowel disease and tumors in the digestive tract.

“The human digestive system is constantly fixing minor damage, but its ability to fix severe damage is quite limited,” said OMRF scientist David Forsthoefel, Ph.D. “By contrast, planarian flatworms are much better at regeneration and can even rebuild large portions of their digestive tracts after losing large amounts of tissue.”

Although scientists have long known about the worms’ regenerative abilities, the genes required to achieve these amazing feats are largely unknown, said Forsthoefel.

But technology is catching up and allowing researchers to pinpoint these genes in animals like planarians.

In a new research study, Forsthoefel applied a technique called laser capture microdissection to isolate and identify more than 1,800 genes that were highly active in planarian intestines, including during the regeneration process. Along the way, he identified hundreds of genes that were not known to be active in the intestine, and several new digestive cell types in the worms.

“Regeneration is tricky, because it must perfectly restore all cells in a tissue and all of their individual functions,” he said. “But before we can tap into that power, we first have to know an organ’s structure before it’s damaged so we can know how it’s supposed to go back together.”

Forsthoefel and his scientific collaborators are now identifying active genes in the worms’ specific digestive tissues that will help them to zero in on the ones that are important for regeneration.

“There are a substantial number of similarities between some of these genes in planarians and humans,” he said. “If we can understand what to turn on or off, there is a lot of potential here to develop therapies that can unlock more regenerative capabilities in us to fight disease and damage.”

The new findings were published in the journal eLife. OMRF researcher Nic Cejda also contributed to the research.