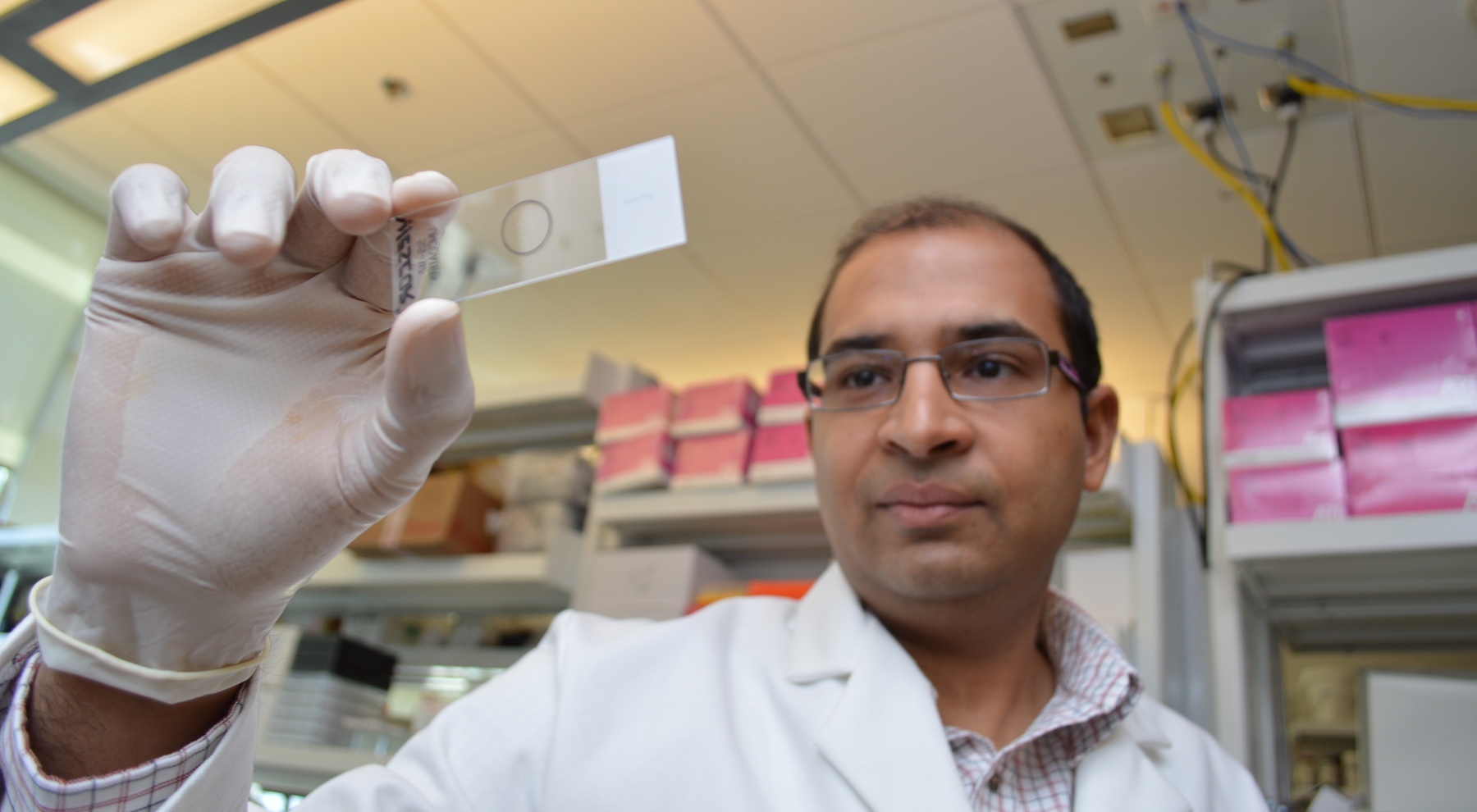 OMRF scientists have revealed new clues that could help in the development of potential therapies for lymphedema.

Lymphedema is a disease characterized by dramatic and painful swelling in the limbs that often leads to infections. It can result from congenital mutations, surgery, radiation treatment for cancer or infection, and there is currently no cure.

OMRF scientist Sathish Srinivasan, Ph.D., and his lab study the inner workings of the lymphatic system, a network of vessels and lymph nodes that spans the entire body. They work on a gene-by-gene basis to understand what leads to the disease.

“It is critical that this system works properly for overall health and for the entire body to function properly,” said Srinivasan, who was recruited to OMRF from St. Jude’s Children’s Research Hospital in 2013. “Defects in lymphatic vessels cause lymphedema, which can be devasting, but also have been linked to a wide range of health consequences, including cancer, atherosclerosis, Alzheimer’s and obesity.”

One of the genes studied in his lab, GATA2, is associated with human lymphedema. Srinivasan’s group hopes to understand why mutations in GATA2 lead to lymphedema and develop approaches to treat this disorder.

They discovered that GATA2 regulates a small molecule called microRNA-126, which helps with the regulation of gene expression. When GATA2 was mutated, there was too little microRNA-126 expression in the lymphatic vasculature. “In our studies, we found that cells lacking GATA2 or microRNA-126 were defective in their ability to interact with each other” he said.

With this discovery, they have also learned that they could overexpress microRNA-126 to successfully rescue some of the cellular defects associated with cells lacking GATA2. The findings were published in the journal Development.

“This research has the potential to be incredibly important for translational medicine because overexpressing microRNAs is becoming an increasingly common and effective therapeutic strategy for a number of diseases, including several cancers and heart disease,” Srinivasan said. “There is a very real chance we could develop a strategy that will lead to the first human treatment for lymphedema.”

The work was supported by funding from the National Heart, Lung and Blood Institute, National Institute of General Medical Sciences, the Oklahoma Center for Adult Stem Cell Research (OCAST), and the American Heart Association.