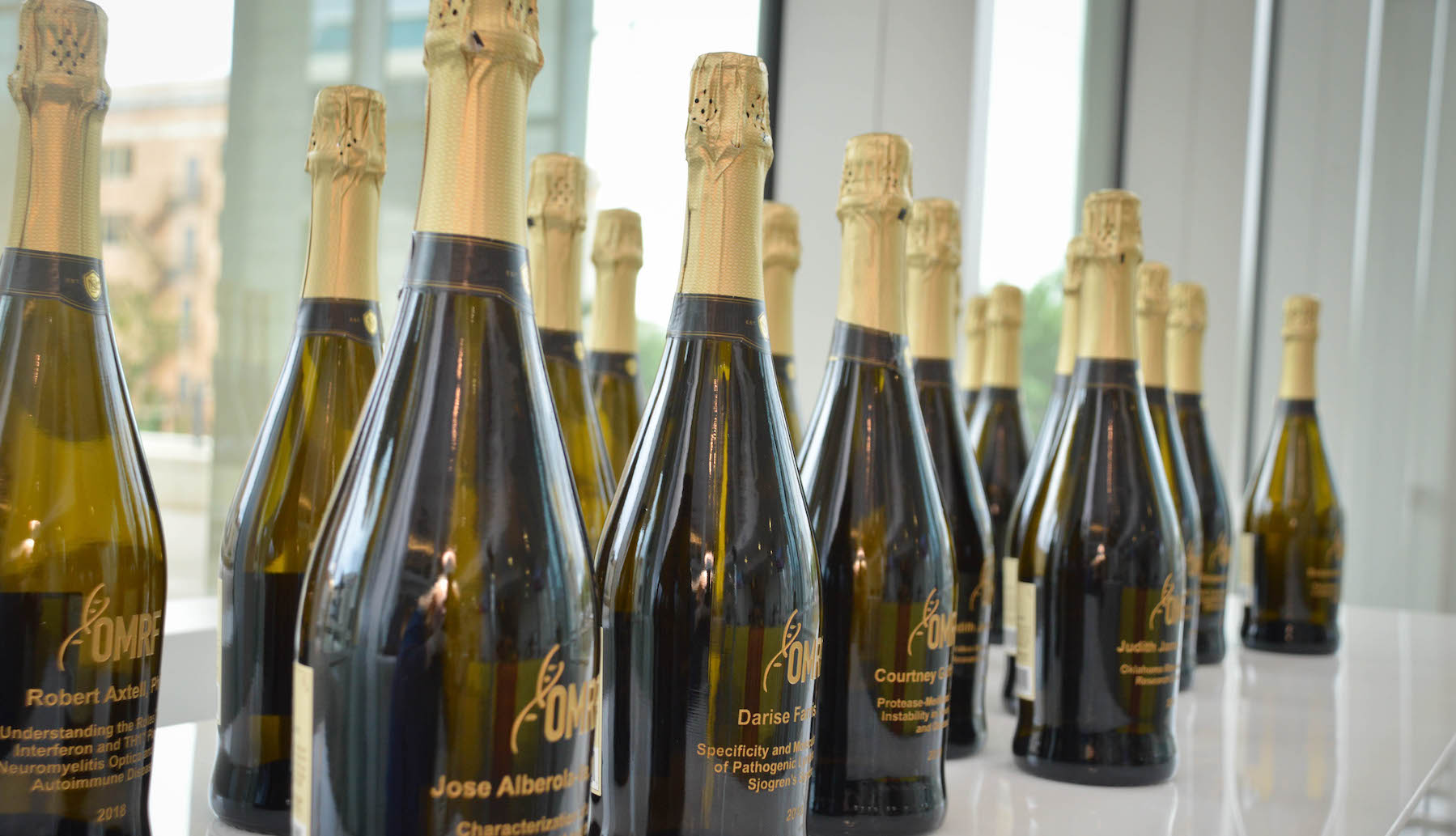 OMRF has announced the promotion of four of its principal scientists.

Patrick Gaffney, M.D., was named chair of the foundation’s new Genes and Human Disease Research Program. Established in April, the program will broaden OMRF’s investigation into genetic mechanisms in various diseases, ranging from lupus and multiple sclerosis to cancer, heart disease and obesity. An expert in the genetics of autoimmune diseases, Gaffney came to OMRF in 2007 from the University of Minnesota and holds the J.G. Puterbaugh Chair in Medical Research at the foundation.

Courtney Montgomery, Ph.D., was promoted to the rank of member in OMRF’s Genes and Human Disease Research Program. She joined OMRF’s scientific staff in 2008 from Case Western Reserve University in Cleveland. In the lab, she studies sarcoidosis, a poorly understood disease that disproportionally affects African Americans. In it, cells in the immune system that cause inflammation overreact and cluster together to form tiny lumps called granulomas. These granulomas can form in the eyes, liver, skin, brain or lungs. If too many form in a single organ, they can cause the organ to malfunction or even fail.

Roberto Pezza, Ph.D., joined OMRF’s Cell Cycle and Cancer Biology Research Program in 2008 from the National Institutes of Health in Bethesda, Md., where he was a research fellow. He was promoted to associate member at the foundation. In his lab at OMRF, he studies how chromosomes segregate during cell division and what causes errors in the process, which are the leading causes of birth defects.