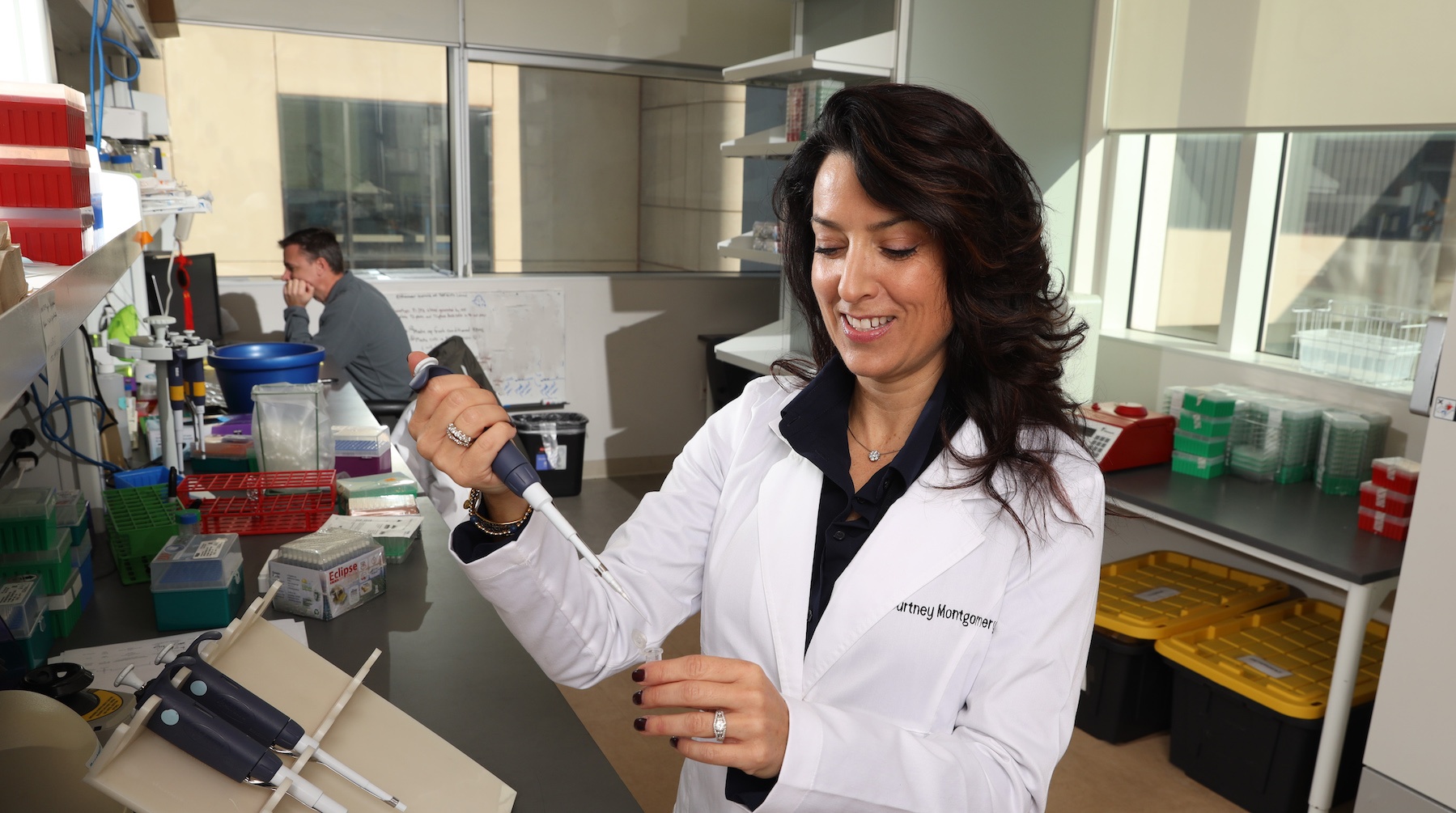 An OMRF scientist has received a $3.2 million federal grant to continue research into a rare immune disease called sarcoidosis.

The 4-year grant from the National Heart, Lung and Blood Institute will help OMRF researcher Courtney Montgomery, Ph.D., and her team determine the roles of specific immune cells associated with the disease.

Sarcoidosis is a poorly understood disease where cells in the immune system that cause inflammation overreact and cluster together to form tiny lumps called granulomas. These granulomas can form in the eyes, liver, skin and brain and most often are found in the lungs. If too many form in a single organ, they can cause the organ to malfunction or even fail.

The disease led to the deaths of actor-comedian Bernie Mac and NFL Hall of Fame defensive lineman Reggie White.

“Over the past several years, our team has led the charge to define the role of genetics in sarcoidosis,” said Montgomery. “However, there are still many unknowns at work in this complicated disease, and this funding will help us explore possible solutions to these unanswered questions.”

The grant will also help Montgomery recruit new patients and healthy volunteers to collect samples for OMRF’s Sarcoidosis Research Unit, which began in 2018 and is the only one of its kind in the state.

“Our goal is to enroll 200 patients and match them with the same number of healthy controls—those without a sarcoidosis diagnosis,” said Montgomery. “Through this work, we hope to better characterize what exactly is going wrong in the body and discover what triggers the disease.”

Participants will be compensated $20 per visit for their time and effort. To participate in the study or for more information, please call the Sarcoidosis Research Unit at 405-271-2504 or toll-free at 800-605-7447 or email sru@omrf.org.

The Foundation for Sarcoidosis Research, the nation’s leading nonprofit organization for sarcoidosis, has supported Montgomery’s research in the past and expressed enthusiasm for the new grant. “FSR is proud to continue supporting Dr. Montgomery and strong, novel research that leads to breakthroughs in the space as well as additional funding opportunities,” said FSR Executive Director Ginger Spitzer.

The grant, R01 HL113326, was funded by the NHLBI, part of the National Institutes of Health.