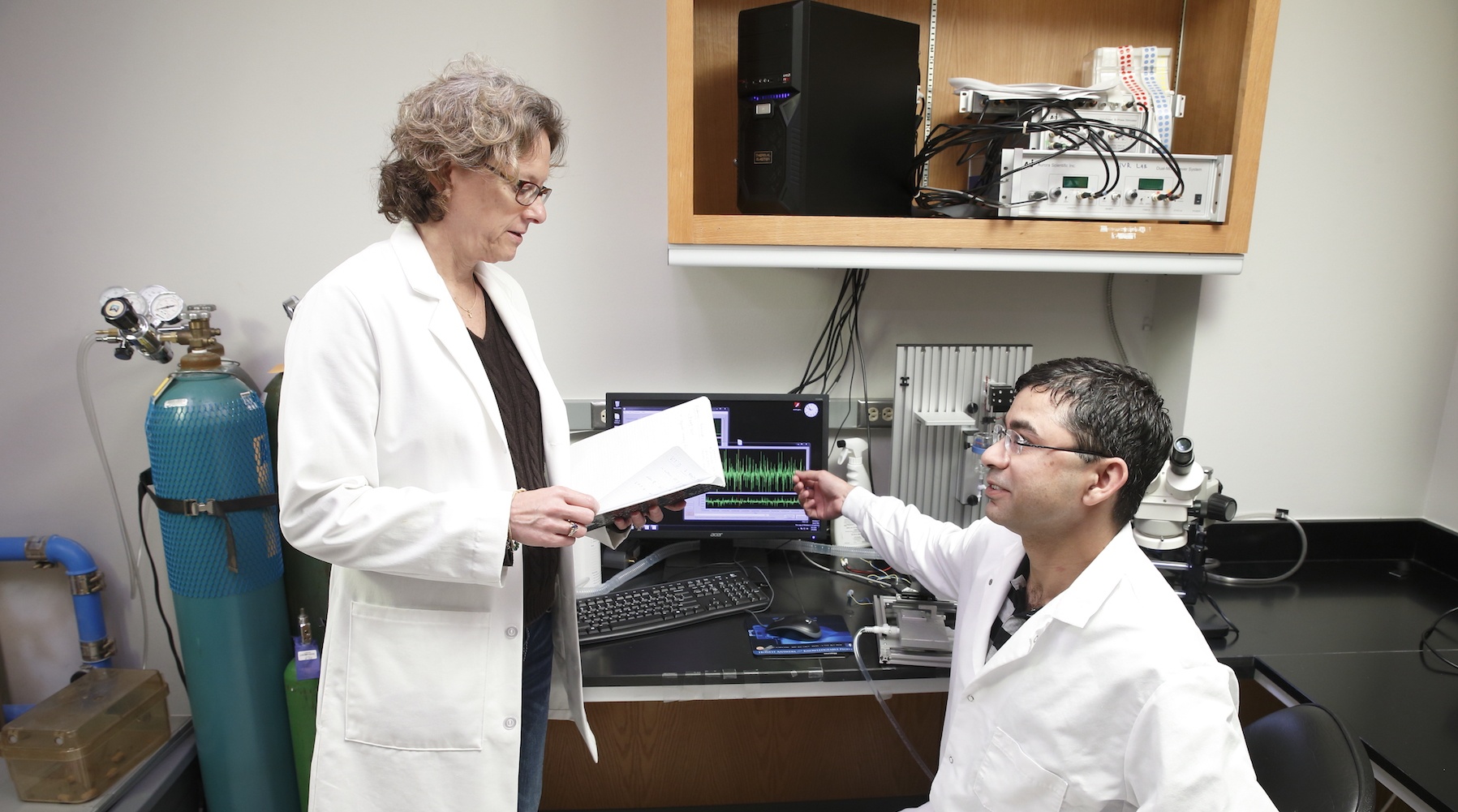 We all lose muscle as we age. For now, there’s no treatment to stop it.

But a discovery by OMRF scientists Holly Van Remmen, Ph.D., and Rizwan Qaisar, Ph.D., could open the door for the first drug option to treat age-related muscle weakness and atrophy.

Van Remmen, who leads OMRF’s Aging and Metabolism Research Program, wants to keep people “stronger for longer.” Her work focuses on age-related muscle loss called sarcopenia. “Currently, the only proven ways of minimizing muscle loss are diet and exercise, but they only work for so long, even in the healthiest individuals,” she said.

Working with mice genetically engineered to develop sarcopenia, Van Remmen and Qaisar treated the rodents with a compound called CND1163. The experimental drug has previously been used in studies of insulin resistance and Parkinson’s disease, and it works by stimulating a calcium-pumping system involved in muscular contractions.

“Our idea was to use a drug to activate the pump in situations where there’s already loss of muscle mass,” said Qaisar. “The question was whether we could make this effect less dramatic.”

That’s exactly what happened in the mice. The results showed that muscle atrophy was diminished and muscle function improved as a result of the CDN1163 therapy.

The scientists are now studying how this drug affects muscle loss in mice who age normally. The ultimate hope would be to use the compound or a related one to help prevent muscle loss in people as they age.

“Muscle loss and weakness are the main causes of dependency in the elderly, so developing a way to prevent that would be a significant breakthrough,” said Qaisar, who received a national Diamond Award from the American Federation of Aging Research to continue the promising work.

The new findings were published in Redox Biology. The research was supported by an Irene Diamond Fund/AFAR Postdoctoral Transition Award in Aging, grant No. AG051442-020 from the National Institute on Aging, and a Senior VA Research Career Scientist Award from the Department of Veteran Affairs.