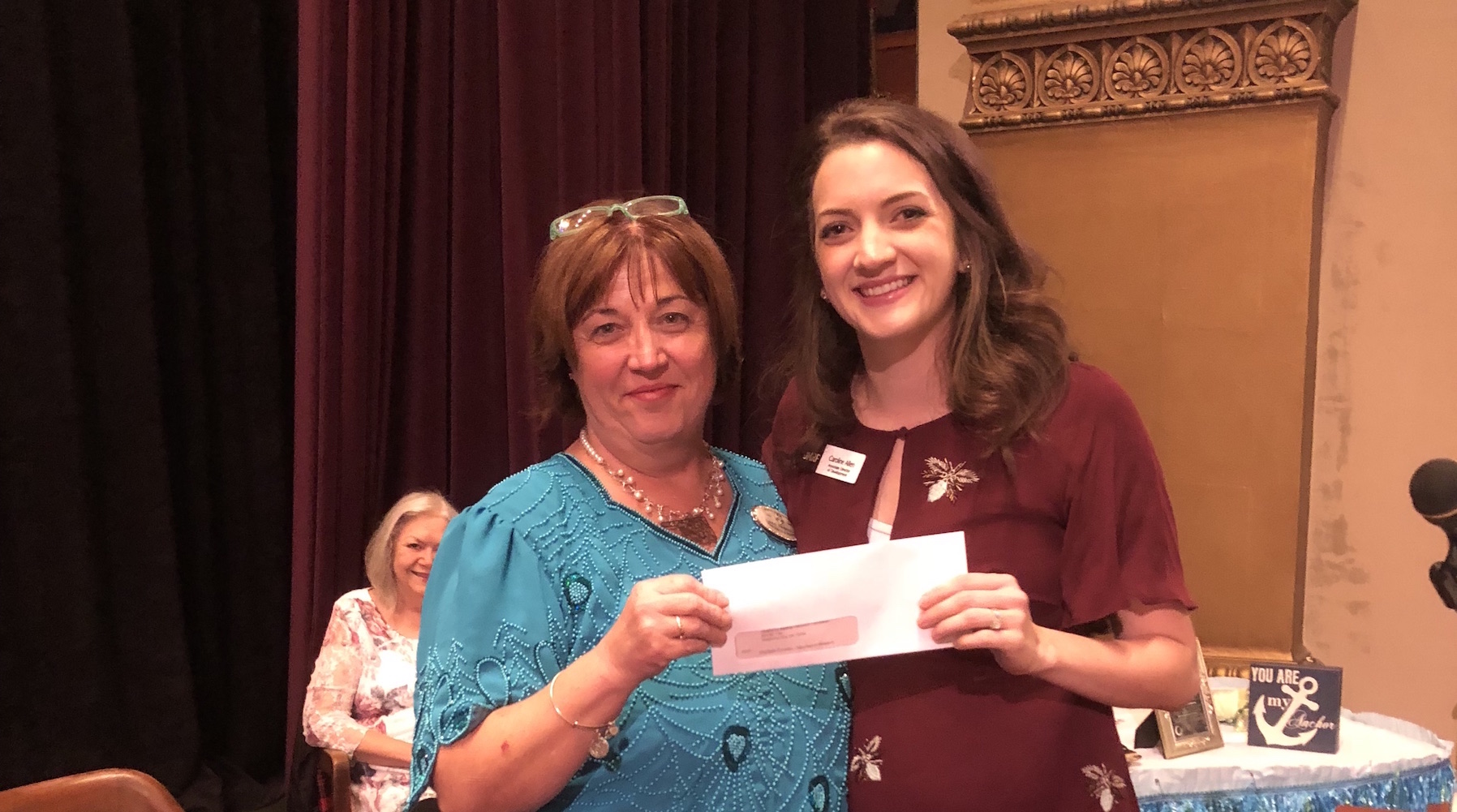 The Grand Chapter of the Order of the Eastern Star presented OMRF with a check for $10,596 at its annual conference.

The donation continues the Eastern Star’s lengthy history of generosity to OMRF, with gifts totaling $341,654 since it designated OMRF as its charitable beneficiary in 2002. Since that time, funds have gone to research on cancer and other diseases, such as lupus, heart disease, multiple sclerosis and Alzheimer’s. This year’s gift is earmarked for neurological research at the Oklahoma City-based nonprofit research institute.

Eastern Star members support OMRF through individual donations made at chapter meetings and activities statewide, like golf tournaments, luncheons, auctions and marches, plus various donations made in memory of loved ones. Overall, 47 individual chapters have also made designated gifts to the foundation.

OMRF Development Associate Caroline Allen described the Oklahoma Grand Chapter of the Eastern Star as the definition of philanthropy.

“The Eastern Star members have shown us long-term and consistent support that has made a significant impact on OMRF,” she said. “It’s wonderful to attend this event every year and see the common bond and goals shared by all in the Eastern Star.”

The Order of the Eastern Star is the largest fraternal organization in the world to which both men and women may belong. It counts approximately one million members and is dedicated to furthering charity, education, fraternity and science.

It has approximately 8,000 members and more than 90 chapters in Oklahoma, including groups in: