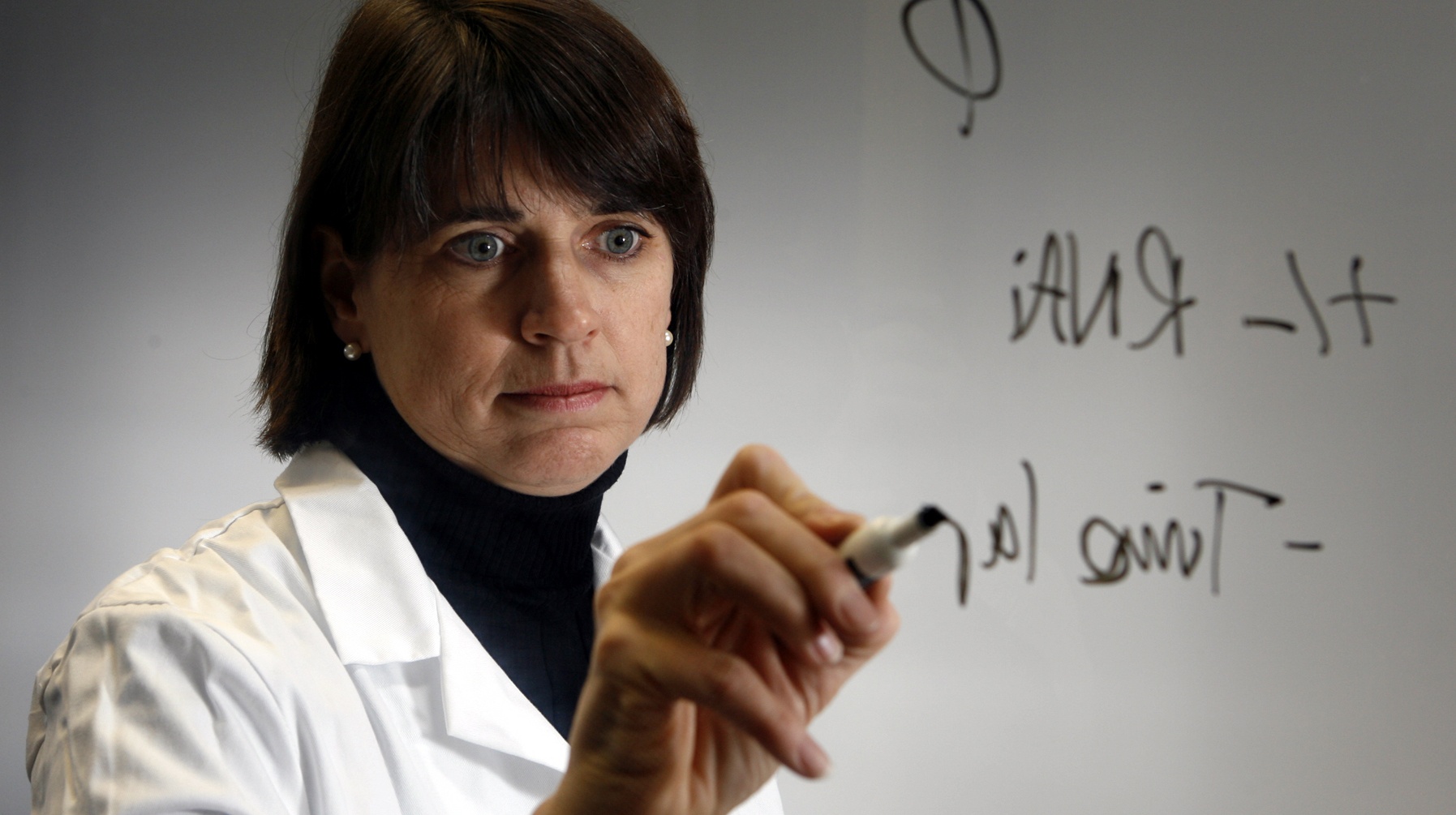 Scientists at OMRF have discovered new information about how chromosomes organize themselves in cells.

No matter what kind of cell it is or what its role is, every cell contains chromosomes.

Chromosomes are long, thread-like pieces of DNA on which genes are encoded. These carry hereditary information on everything from eye color to hair color to height and contain all the specific genetic instructions that make us unique. We have 23 pairs of chromosomes, so 46 in all.

In fact, chromosomes contain so much information that the DNA molecule has to be twisted, folded and compacted into very complex shapes to fit in such a tiny space.

OMRF researcher Susannah Rankin, Ph.D., and other scientists wanted to explore how proteins called Esco1 and Esco2 played a role in this organization system and made a new discovery in the process.

“Up until this study, researchers had thought proteins called Esco1 and Esco2 were performing the same task of tying copies of chromosomes together. We were the first to show that this isn’t the case,” said Rankin.

Rankin said to think of chromosomes like ropes with a code written along their entire length. Before a cell divides, she said, each rope and everything on it needs to be precisely duplicated.

“The identical copies are then tethered by a process called cohesion,” she said. “You can think of this like a zip tie that holds the two exact copies together. That makes dividing them equally into new cells easier.”

But how does this molecular zip tie know when it’s time to fasten them together? And how does it avoid tying in unrelated material? That’s where the proteins Esco1 and Esco2 come in, said Rankin.

The proteins direct the “zip tie” activity of cohesion factors, which is the process of holding information together during DNA replication. “We discovered that they activate cohesin under very different conditions,” said Rankin.

The experiments, led by graduate student Reem Alomer and post-doctoral fellow Eulália da Silva in the Rankin laboratory, showed that only Esco2 activates cohesin to hold chromosome copies together. Esco1 plays a different role by helping to stabilize loops within a single a chromosome, making it more compact and manageable for easier duplication.

Rankin said this discovery is important because it helps further explain proper cell division at the most basic cellular level.

“These two individual tasks are crucial in the incredibly complex packaging and organization of chromosomes,” she said. “Research like this lays the groundwork to better understand the mechanisms that ensure accurate chromosome inheritance when cells divide, which is key in understanding what goes wrong in certain cancers, birth defects and other diseases.”

These findings were published in the journal Proceedings of the National Academy of Sciences.

Other OMRF researchers who contributed to the findings were Jingrong Chen, Katarzyna Piekarz, Courtney Sansam, Ph.D., and Christopher Sansam, Ph.D.,