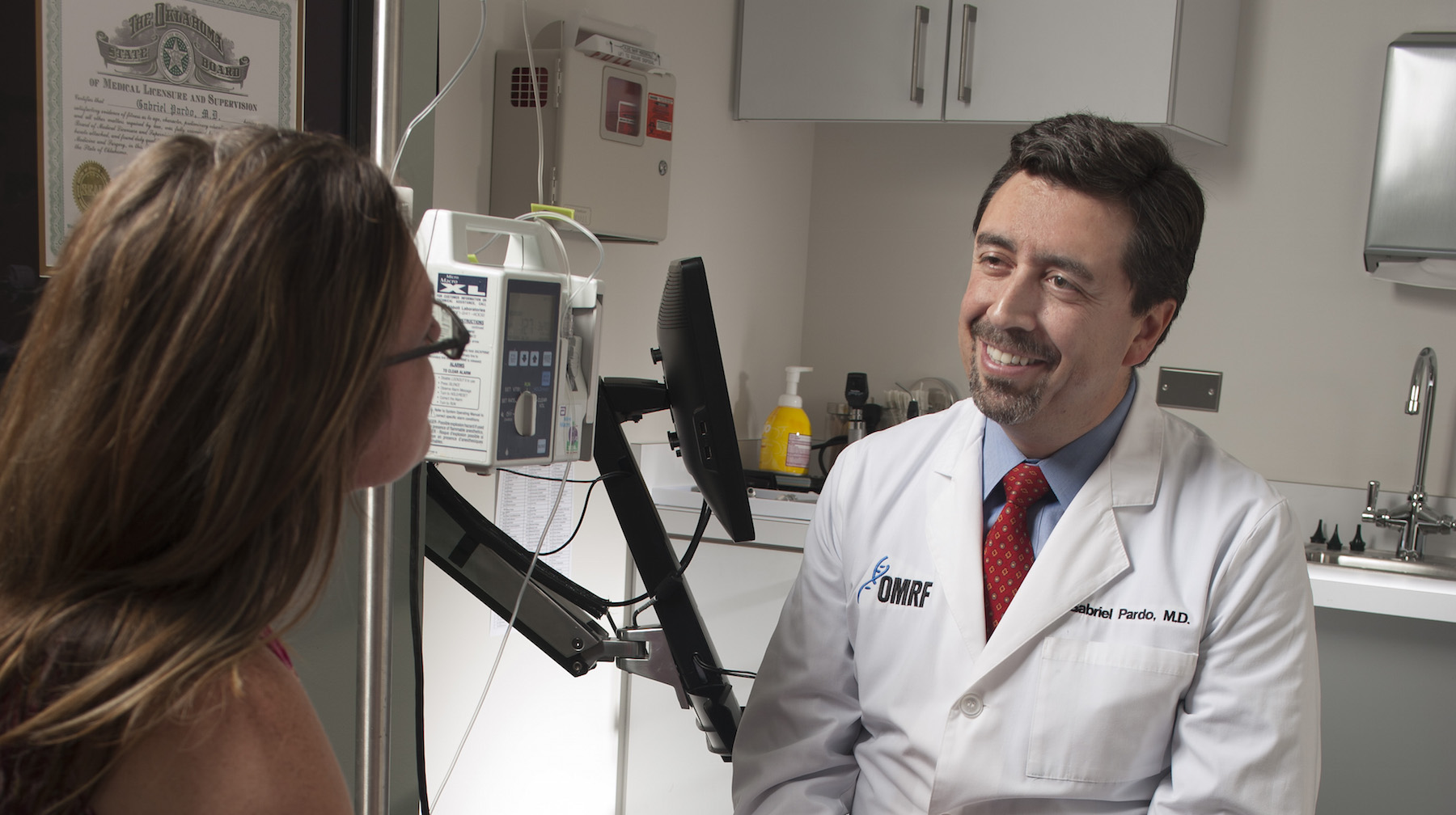 The Scheinberg Award is presented annually to recognize research excellence in the field of neurorehabiliation in multiple sclerosis.

OMRF’s MS Center won for its work exploring telerehabilitation for multiple sclerosis, which offers remote alternatives to traditional physical therapy to improve functionality and convenience for patients suffering with the disease.

Opened in 2011, OMRF’s MS Center utilizes a multidisciplinary, comprehensive approach to research and treatment of MS. The Center’s 16-person team sees more than 2,500 patients suffering from the autoimmune disease.

OMRF’s Multiple Sclerosis Center of Excellence Director Gabriel Pardo, M.D., said there are three major hurdles in treating physical disability in diseases like MS: limitations in access to specialized services or access to providers with expertise in treating them; restrictions from insurance companies in covering these services; and issues with transportation as a result of geography or lack of mobility because of disease symptoms.

“The challenge here is that PT is conceived, traditionally, as something that is very hands-on,” said Pardo. “People are used to having a therapist there to modify exercises, ensure balance and safety.”

The OMRF caregivers developed a system where every participant comes to the Oklahoma City non-profit for an in-house evaluation and is given a series of home exercises. The patients then communicate with a physical therapist 2-3 times per week via a remote access audio-video, similar to Skype. The telerehabilitation project completed a successful eight-week trial in 2016.

“Patient outcomes from the study demonstrated that doing the teletherapy through telerehabilitation was as good as one-on-one therapy in a facility,” said Pardo. These positive results may lead to another study on a larger scale involving several facilities.

The award is named for the late Dr. Labe C. Sheinberg, who founded the Consortium of Multiple Sclerosis Centers (CMSC), the American Society of Neurorehabilitation and the Albert Einstein MS Center in New York City.

“Winning this award is welcome recognition for the innovative approach our team has taken, and it will help us in our continued pursuit of providing this service for patients,” said Pardo.