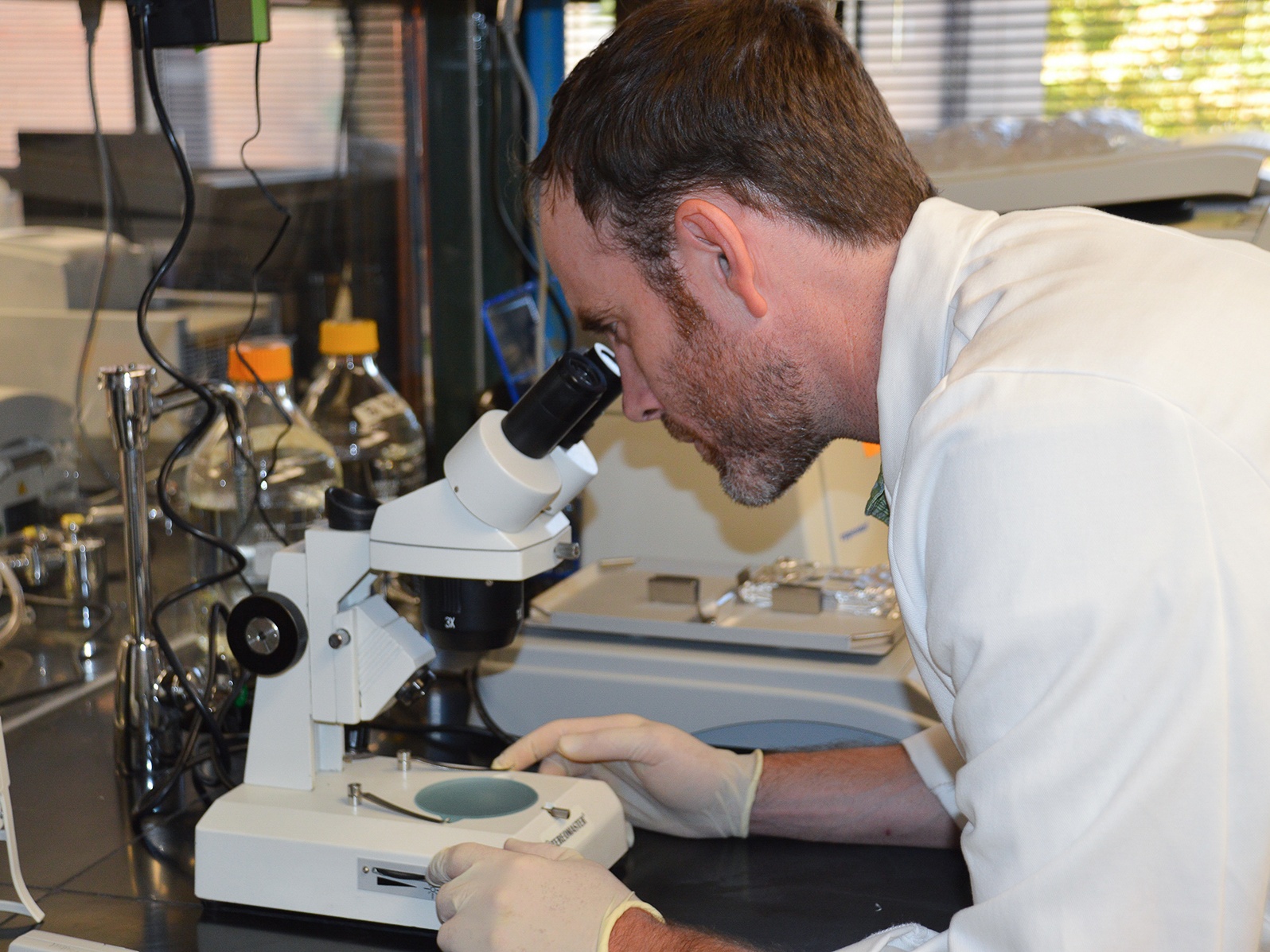 The National Multiple Sclerosis Society has awarded OMRF scientist Robert Axtell, Ph.D., a two-year, $422,400 grant to study the interplay between two specific cell types that drive the activity and progression of multiple sclerosis.

MS is a disabling autoimmune disease where the body’s immune system attacks its own healthy tissues. The disease attacks myelin, which is the protective later that covers nerves and fibers throughout the body. These attacks damage the nervous system’s ability to carry signals to and from the brain, causing a variety of symptoms including issues with vision, muscle spasms, tremors, paralysis and more.

The grant will allow Axtell to investigate how T cells and B cells, special kinds of white blood cells that have both been implicated in driving the disease process in MS, communicate with one another.

“Think of T cells as the generals of the immune system,” said Axtell. “They’re the ones that tell other cell types in the immune system what to do. B cells, on the other hand, are antibody-producing cells. One of the key things in MS is that these antibodies are incorrectly directed against myelin and interfere with the signals the brain sends to different parts of the body.”

As part of the project, Axtell will investigate how the T cells instruct B cells to make antibodies, as well as how B cells can influence T cells in a cyclical process.

“Even with the T cells playing the role of general, they still need information before they can send out orders,” he said. “So the B cells act like scouts and let the T cells know what’s going on out on the battlefield. With that information, the T cells can hand out instructions. That’s the interplay we are really going to dig into.”

By understanding this relationship between these cells, Axtell said they can see what molecules are driving the process and either block or promote certain ones to prevent or treat disease flares or progression.

The grant has a personal connection for Axtell, as well, because his work as a postdoctoral fellow at Stanford University was funded by the National Multiple Sclerosis Society from 2008-11.

“It feels like it’s come full circle, in a way,” said Axtell, who joined OMRF’s Arthritis and Clinical Immunology Research Program in 2013.

Axtell works closely with physicians at OMRF’s Multiple Sclerosis Center of Excellence to understand why MS behaves differently than other autoimmune diseases. By combining their strengths in clinical medicine and basic research, Axtell hopes to identify and develop prognostic tests that will bring personalized clinical care for patients with MS.

“Dr. Axtell continues to show why he is a rising star in his field and at OMRF,” said OMRF Vice President of Research Paul Kincade, Ph.D. “We are enthusiastic about his research and the long-term impact his findings can have on treatments for this horrible disease.”

The grant through the MS Society is RG-1602-07722. OMRF researchers Agnieshka Agasing, Rose Ko, Ph.D., Gaurav Kumar, Ph.D., and James Quinn are contributing to the project.