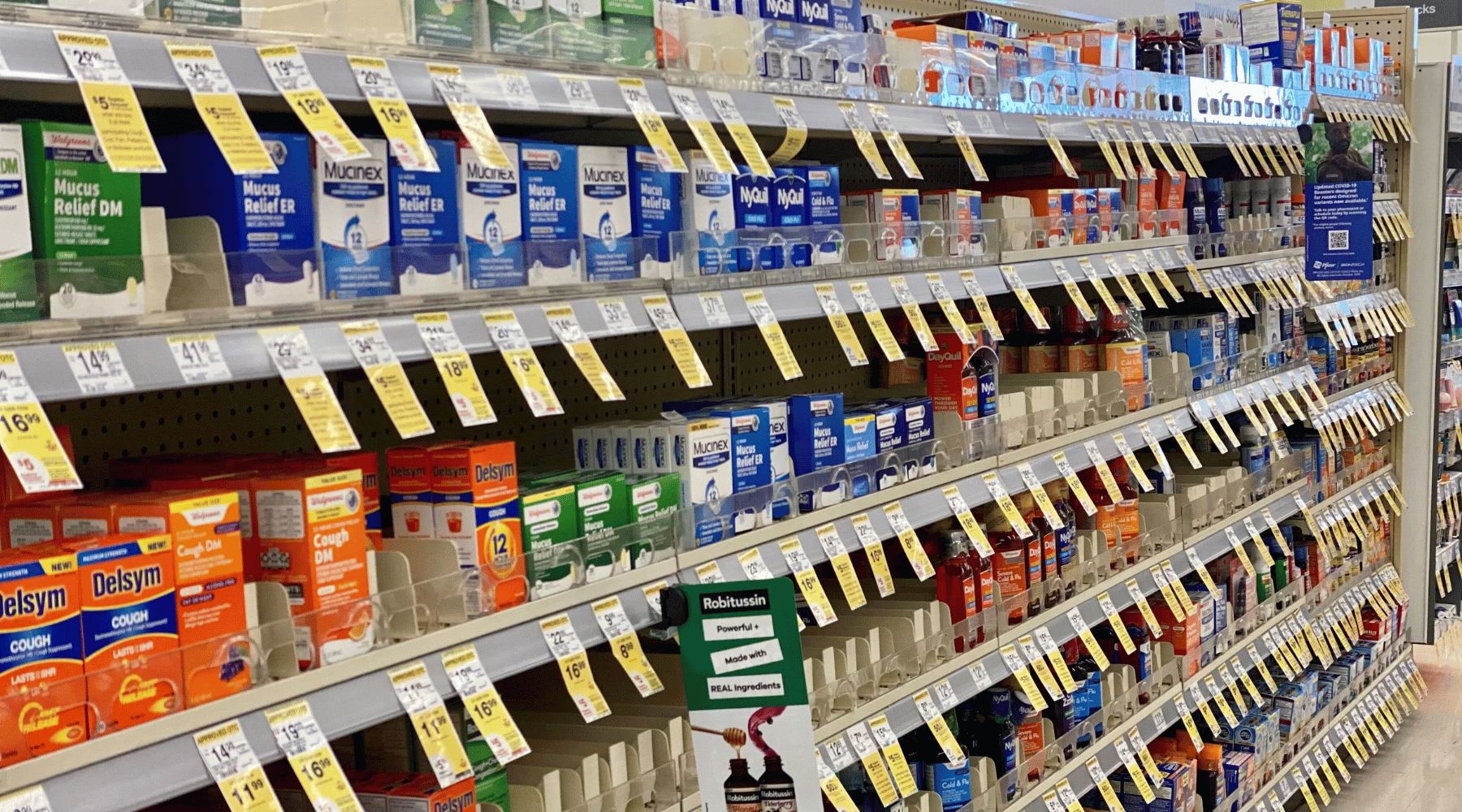 Last week, we talked about nutrition when you have a cold or other respiratory virus. But what about treatments? How well do over-the-counter medicines work, especially when it comes to relieving stuffiness and congestion?

Over-the-counter treatments for respiratory illnesses come in many stripes, but they typically fall into the following categories (some or all of which may be found in a single medication):

Viruses must run their natural course, so even at their most effective, treatments found in pharmacy aisles will only temporarily blunt symptoms.

When it comes to congestion, surprisingly, this condition has little to do with excess mucus. Rather, it occurs when nasal tissues and blood vessels become swollen and inflamed. To get relief, you need to reduce the swelling and inflammation.

The most common decongestant found in cold medications is phenylephrine, which the Food and Drug Administration has recognized as an over-the-counter decongestant for nearly half a century. It shrinks blood vessels, and when applied topically, like in a nasal spray, research has shown it’s effective.

However, when swallowed, the body breaks the drug down before it enters the bloodstream, rendering it potentially ineffective. Still, the drug became a popular oral decongestant nearly two decades ago when Congress restricted the sale of another decongestant, pseudoephedrine, because it can be used to make methamphetamine.

In the time since, several studies have found oral phenylephrine no more effective than a placebo at relieving congestion. As a result, some physicians and pharmacists have called for the FDA to remove oral phenylephrine products, which now number in the hundreds, from the market.

But not everyone agrees phenylephrine is ineffective. The FDA has said that evidence was “suggestive” the drug worked after a review study found it improved airflow in the noses of 113 people.

If phenylephrine pills don’t help, you can try home remedies like hot showers and humidifiers. Phenylephrine and other nasal sprays also remain available, as does oral pseudoephedrine – so long as you don’t mind waiting at the counter.