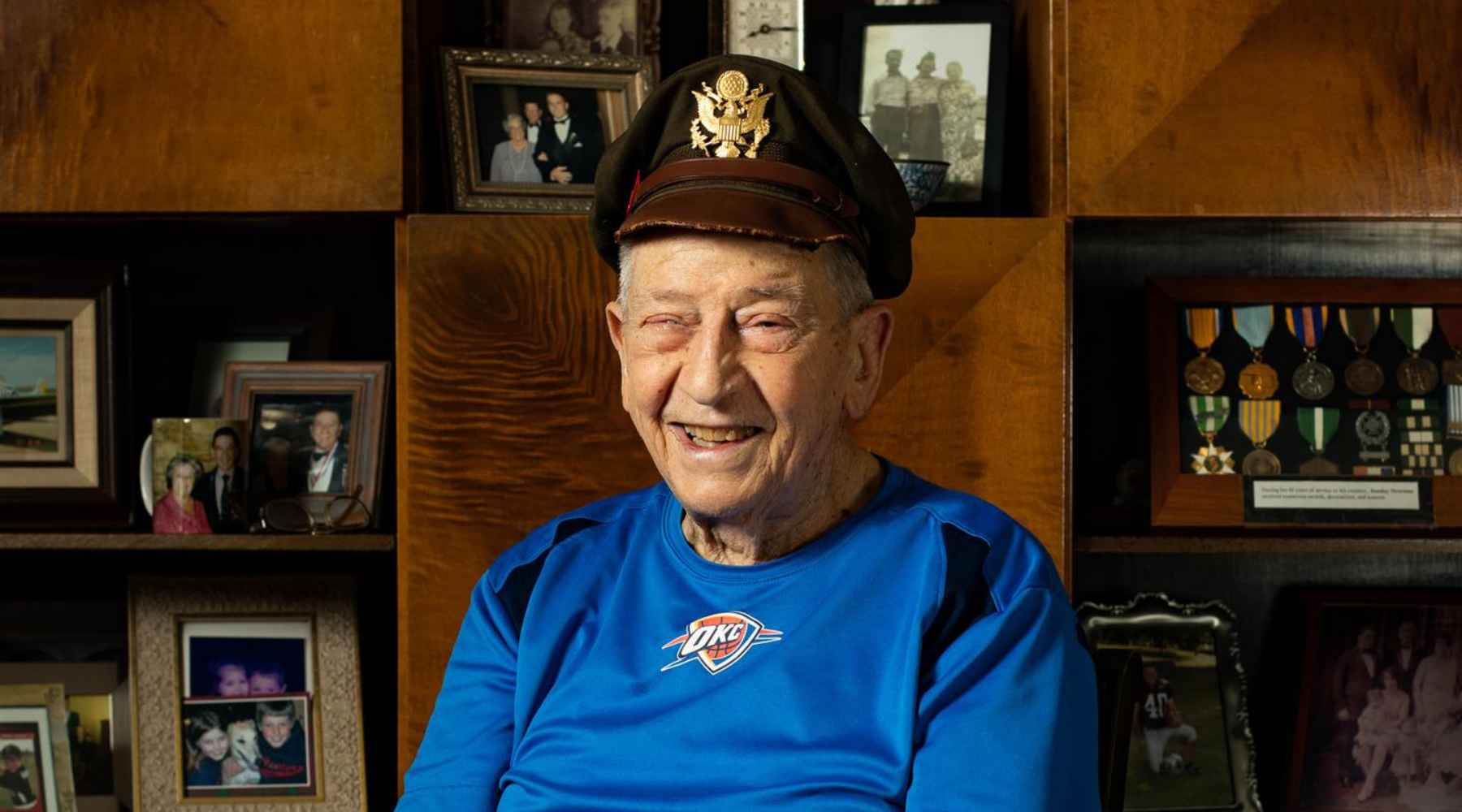 Home - On Your Health - The giver who keeps on giving

Stan Newman remembers Dec. 7, 1941, if not like yesterday, certainly more vividly than most days that date back eight decades ago.

Then in his first year at the University of Illinois, he was playing touch football with classmates when “somebody said Pearl Harbor’s been bombed,” recalled Newman, now 98. “None of us knew what Pearl Harbor was until somebody said, ‘That’s Hawaii.’ That got us really roused up.”

The next morning, he and some buddies went down to the local Navy recruiter to enlist. The recruiter, though, convinced Newman’s cohort to remain in college for another few years so they could then enroll in flight training.

Newman eventually joined the U.S. Army Air Corps, flying 57 missions during World War II. On the final night before Germany surrendered, he got into a dogfight with a German fighter. Knowing the war was on the cusp of ending, Newman said, “I didn’t really want to shoot him down.” But the planes engaged in gunfire, and he eventually knocked his Axis foe out of the sky. “For a long time, I was credited by the Chicago newspapers with the last victory in World War II in Europe,” he said.

Following the war, he finished his degree, then took a job as a government engineer for “the princely sum” of $2,644.50 a year. With a wife and a new baby, the family struggled to make ends meet. When his father, who was part of a group that had recently bought the Commerce Exchange building in Oklahoma City, offered Newman a job managing the building, he jumped at the chance.

On an early tour of the building, he met one of the tenants, Hugh Payne. It was 1948, and Payne had just been named the general manager of the Oklahoma Medical Research Foundation. Except, at that point, OMRF didn’t yet exist.

Payne and an assistant were the foundation’s only employees, and he was leading efforts to transform the dream of a biomedical research institute into bricks and mortar. “He convinced me to take part in the first campaign to raise funds,” remembered Newman. However, like many, Newman found he didn’t enjoy asking people for money, “so I ended up mostly contributing my own.”

The idea of getting to the root cause of human illnesses struck a chord. “The whole concept just sounded wonderful,” he said. “Ever since, whenever there’s an appropriate occasion, I’ll make a small contribution.”

At OMRF, we recently celebrated our 75th anniversary. As part of that commemoration, we compiled a list of our loyal donors, the folks who have supported us longest. It turns out that Newman, now known as retired Major General Stanley Newman, sat almost at the top of the list: His first donation came in 1948, and he currently counts a streak of gifts in each of the past 49 years.

A lot had changed since Newman – who shrugs off the title of “General” in favor of “Old Stan, Thunder Fan” – began donating. OMRF is now one of the nation’s leading independent research institutes, and discoveries in our labs have given birth to a trio of life-changing drugs. Meanwhile, Newman eventually found his way back to flying, joined the Oklahoma Air National Guard, and retired as a general after 41 years and 12,000 hours in the cockpit.

Newman understandably takes pride in all their achievements. And in OMRF’s, too. Supporting science, he said, has made him feel as if he has a stake in each discovery that comes from our labs. “I get a great deal of satisfaction from the knowledge.”

That satisfaction goes two ways. Having donors like Maj. Gen. Newman, ones who give year in and year out, is about the highest seal of approval a nonprofit can receive. Their faith reminds us that we are stewards not just of their money, but of their hopes and dreams. And that’s not something we take lightly.