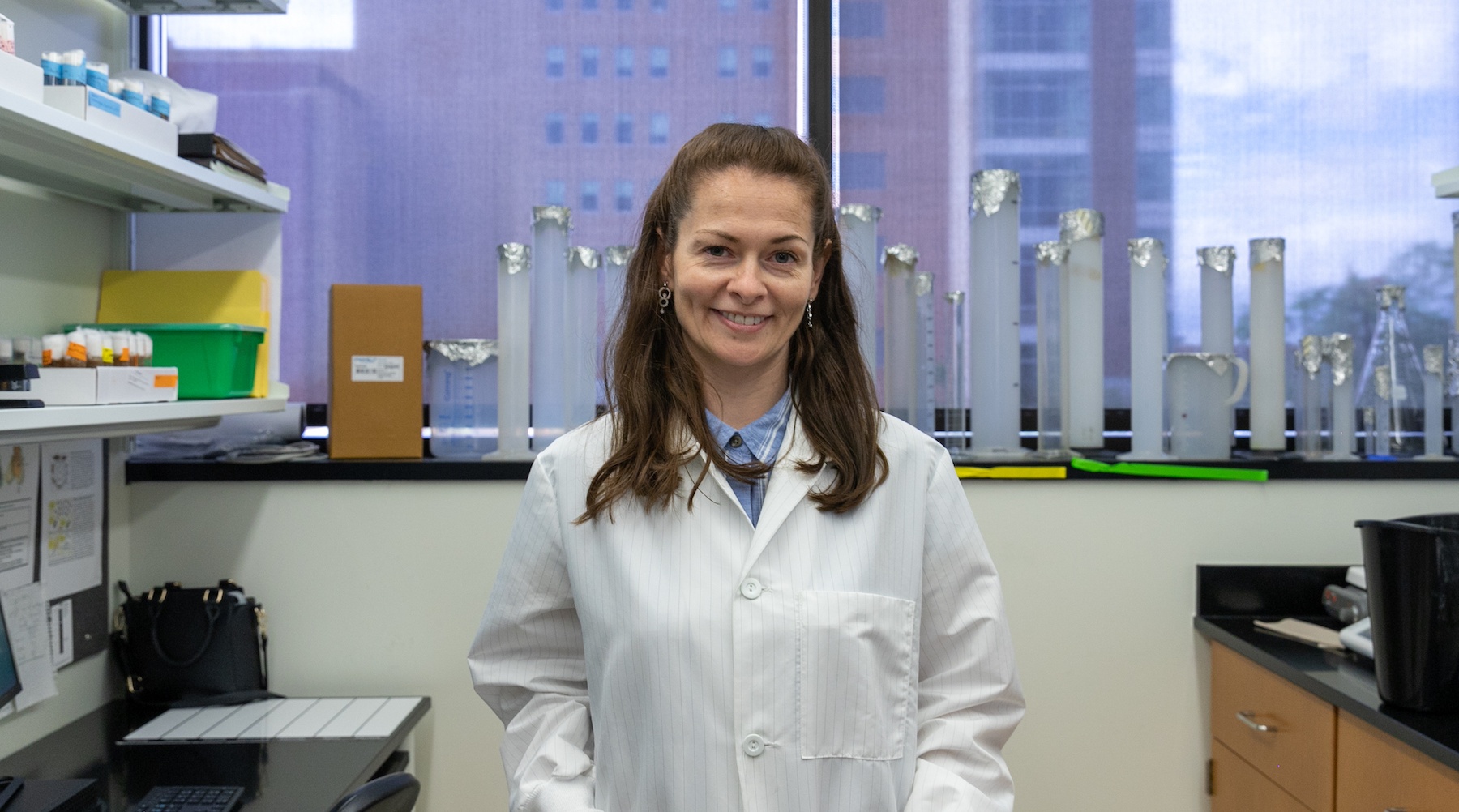 OMRF scientist Magdalena Bieniasz, Ph.D., received the two-year grant to test combinations of drugs that may be more effective than current treatments for aggressive forms of ovarian cancer.

“There is a receptor protein that signals tumor cells to multiply faster and survive better,” said Bieniasz, who joined OMRF in 2014 from the Huntsman Cancer Institute in Utah. “We are studying drugs that could inhibit this signal.”

The presence of this receptor signal is one reason ovarian cancer often develops resistance to traditional therapies. After chemotherapy treatment, this signal promotes the growth of any cancer cells that weren’t stopped, producing a new tumor resistant to the previous medicine.

In an effort to slow or prevent this resistance, Bieniasz’s lab team plans to pair the compound blocking receptor signaling with a chemotherapy-type drug.

“We know that to achieve the strongest response, there has to be a combination,” Bieniasz said. “Two drugs combined may be better than the sum of each by itself.”

These drug combinations will be tested on cell models that represent tumors of patients at the University of Oklahoma Health Stephenson Cancer Center. OMRF scientists will use a targeted approach to treat the models, applying different drug combinations based on cancer type and stage.

“In targeted therapy, drugs are matched to specific tumors that have specific features,” said Bieniasz. “We characterize the samples so we know which tumor would be a good candidate for each treatment.”

Bieniasz noted this project will focus not only on what works, but why. Understanding the mechanism of the receptor signaling inhibition will help set up future studies for more effective treatments.

“The signaling protein is present in nearly 50% of ovarian cancer patients, and each one of those patients could benefit from this,” Bieniasz said.