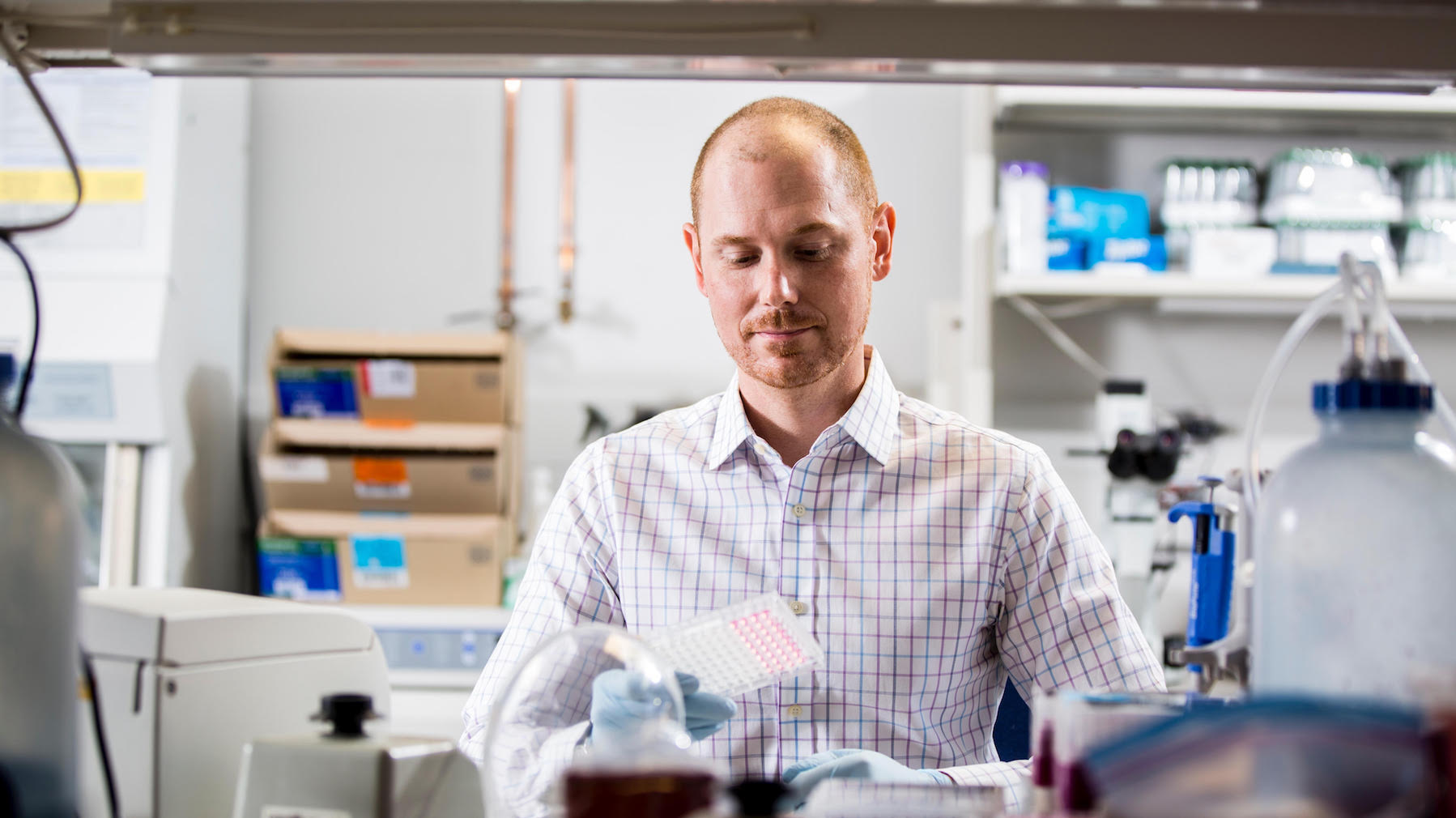 The research from OMRF physician-scientist Matlock Jeffries, M.D., could lead to new treatment for skin wounds, severe injuries and post-traumatic arthritis, a form of osteoarthritis (OA) that develops after an injury or reconstructive surgery. Post-traumatic arthritis makes up more than 10% of OA cases and is one of the top reasons for injury-related discharge among active-duty U.S. soldiers.

Stemming from the loss of cartilage between bones and joints, OA affects an estimated 27 million Americans and is the leading cause of disability in adults in the U.S. With no way yet to regenerate cartilage, the only treatment is a joint replacement.

“Knee replacements caused by OA are the number one procedure expense to Medicare each year,” said Jeffries, a board-certified rheumatologist who treats patients in OMRF’s Rheumatology Research Center of Excellence. “But there are no drugs that stop or slow the progression of the disease.”

While most OA research focuses on genetics and blood, Jeffries turned his attention to the gut microbiome. Composed of thousands of tiny organisms in our digestive tracts, scientists increasingly suspect the microbiome as a key player in numerous conditions.

Jeffries’ lab looked at a unique strain of mouse called a “superhealer” that naturally — and unusually — heals wounds to its ear cartilage. Ear cartilage shares many similarities to knee cartilage.

Jeffries transplanted microbiome from the healer mice into a group of mice with average healing capabilities. After the transplant, the “non-healer” mice demonstrated an increased ability to generate new ear cartilage, as did their offspring.

The results, published in the journal PLOS One, indicate the gut microbiome has far more influence on the immune response to injury than previously understood.

“It was a completely unexpected finding,” said Jeffries, noting the idea among scientists had long been that healer mice owe their abilities purely to genetics.

Jeffries’ lab will now study if this healing ability is related to specific microbiome organisms, how long the healing boost lasts and how it may impact outcomes for OA.

“More study is needed, but potentially,” said Jeffries, “if an injury was caught in time, a microbiome transplant could change someone’s outcome.”

The research was conducted in partnership with the University of Oklahoma Health Sciences Center and funded by National Institute of Arthritis and Musculoskeletal and Skin Diseases grant No. 7K08AR070891-05, U.S. Department of Defense Congressionally Directed Medical Research Program award W81XWH-20-1-0002, and the Presbyterian Health Foundation.