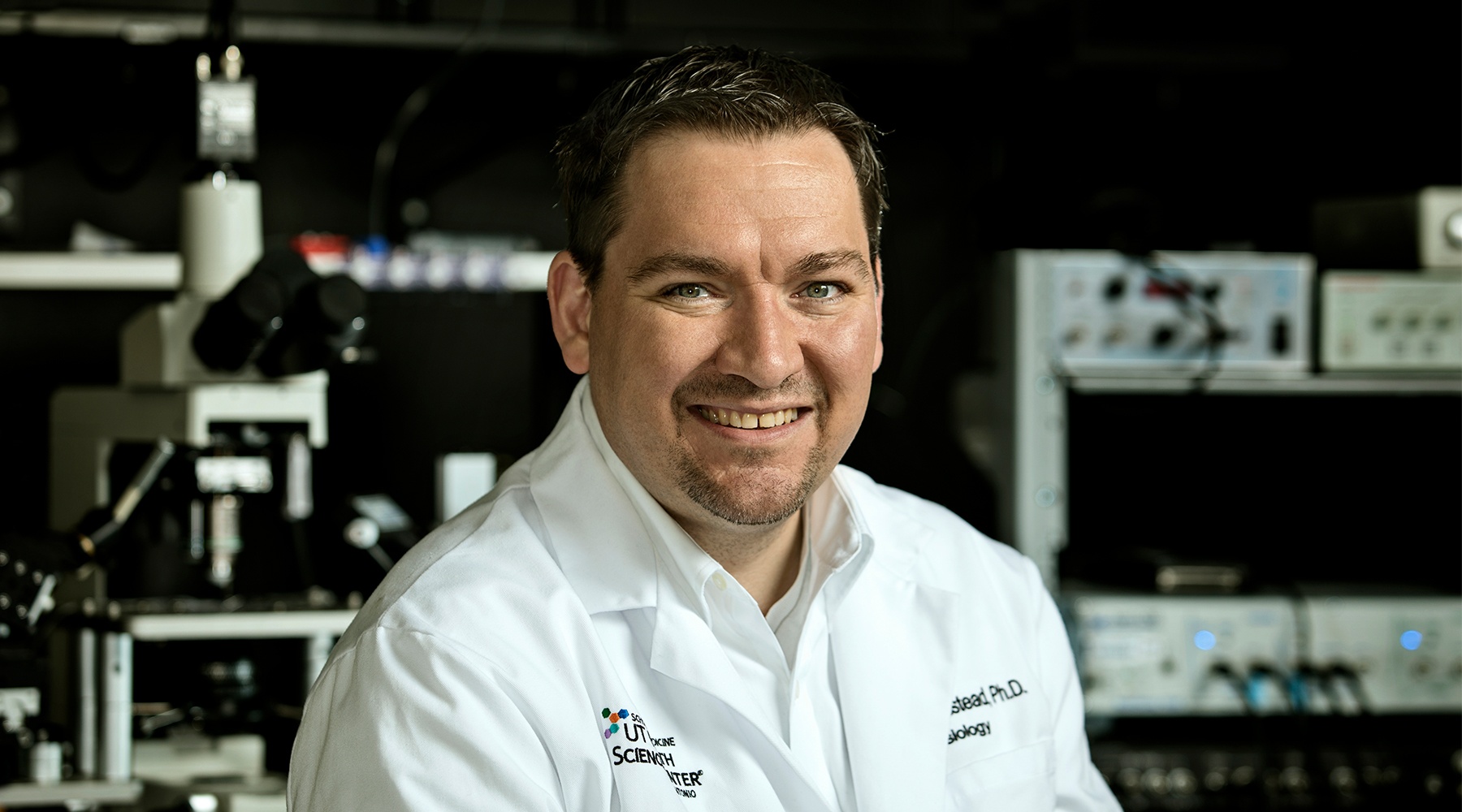 The National Institutes of Health has awarded the Oklahoma Medical Research Foundation $480,000 for Alzheimer’s research.

OMRF scientist Michael Beckstead, Ph.D., received a two-year grant to continue his study of the role the naturally occurring brain chemical dopamine may play in the earliest stages of Alzheimer’s disease.

Most current Alzheimer’s research focuses on the outer and upper sections of the brain, which control symptoms of the disease like memory loss. This study will instead focus on a small bundle of neurons near the base of the brain, which regulates dopamine function.

Dopamine is a chemical responsible for voluntary movement and the perception of reward in the brain. Beckstead studies what can happen when things go wrong with dopamine cells, ranging from Parkinson’s disease when too little is present to drug addiction when there is too much.

Scientists have not yet directly implicated dopamine in Alzheimer’s, but Beckstead said there is evidence to suggest it is involved in the initial stages of the disease.

“When you look at people who develop dementia, many of them were first diagnosed with depression or have a history of apathy,” said Beckstead, who holds OMRF’s Hille Family Foundation Chair in Neurodegenerative Disease Research. “These symptoms are closely linked to dopamine. There’s a good indication that the area handling the chemical could be involved years before tell-tale symptoms of Alzheimer’s appear.”

Scientists in Beckstead’s OMRF lab will observe dopamine-controlled behaviors in research models of Alzheimer’s throughout development and the impact of environmental changes like diet on disease progression.

The study will also include a partnership with OMRF scientist Bill Freeman, Ph.D., a researcher in the foundation’s Gene and Human Diseases Research Program. First, Beckstead’s lab will identify abnormal brain cells using electrical signals. Then, Freeman’s team will analyze the cells using a technique never before applied to Alzheimer’s disease models to look for clues to explain why they are behaving differently.

“We used to compare a region of an Alzheimer’s brain to a region of a normal brain,” said Freeman. “But we know within the brain there are many types of cells, and each could play a different role in Alzheimer’s. Now we can look at what’s different between individual dopamine neurons, which provides us with answers to better questions.”

Freeman said the partnership between labs is a natural result of the diverse talents at OMRF. “To do impactful science, you have to cross over multiple disciplines,” he said. “It’s always going to be a team effort.”